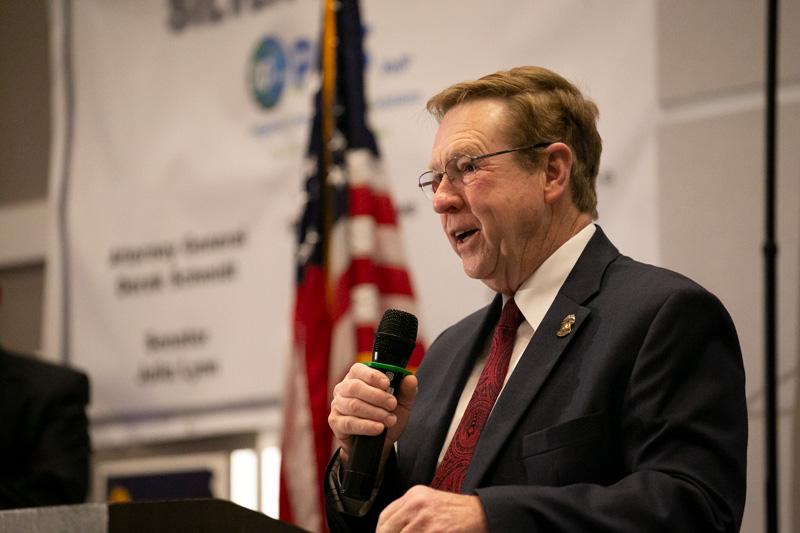 Sheriff Cal Hayden on Wednesday endorsed Kellie Warren, a state senator of District 11, in her bid for the Republican nomination Kansas Attorney General, according to a press release.

Warren announced her bid for attorney general earlier this month. In his statement, Hayden said he knows law enforcement agencies statewide “can trust Kellie Warren” and encouraged “all Republicans to join [him] in supporting” Warren.

The Kansas City Kansas Public Schools board of education on Tuesday voted to require all students and staff to wear masks for the 2021 to 2022 school year, Fox 4 News reports.

With less than 35% of Wyandotte County residents vaccinated, a district official told Fox 4 masks are going to keep students and staff safe. Other districts like USD 232, Blue Valley and Olathe  are making masks optional for the upcoming school year — despite Johnson County health official guidance stating districts should require masks to be worn indoors by those who are not fully vaccinated.

Shawnee Mission has yet to make a decision on this, though there are two upcoming board of education meetings ahead of the new school year.

Music in the Park heads back to Westwood on July 22

Music in the Park is returning to Westwood on July 22 at Dennis Park.

Beginning at 7 p.m., Beau and Aidan Bledsoe will perform a musical number for the audience. Alcohol will be allowed at this event, per the city council’s July 8 approval, and guests are invited to bring their own beverages, snacks, chairs and blankets. Shaved ice from Kona Ice will be available beginning at 6:30 p.m.