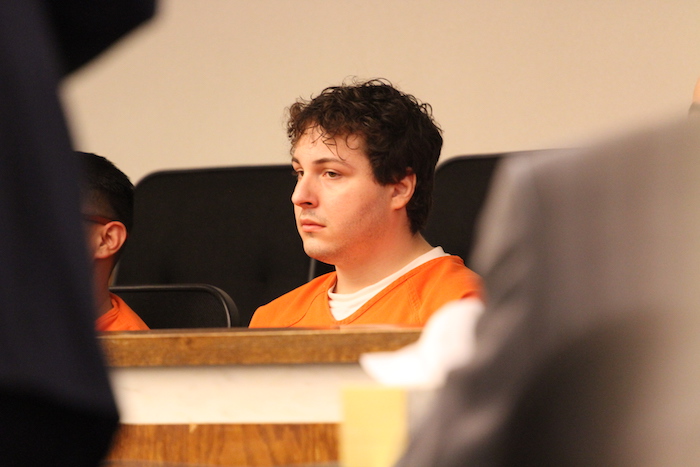 Dylan Ruffin will spend 36 months on probation at the Johnson County Adult Residential Center in New Century, Kan., following a judge's sentencing order Friday. Ruffin pleaded guilty to three counts — including two of Aggravated Assault of a Law Enforcement Officer — stemming from an incident in 2019 in which he fired gunshots towards Highlands Elementary School in Fairway. Above, Ruffin at a pre-pandemic court appearance. File photo.

A Johnson County judge on Friday granted Dylan Ruffin 36 months probation for charges stemming from a 2019 incident in which he fired gunshots towards Highlands Elementary School in Fairway.

Ruffin pleaded guilty in May to two charges of Aggravated Assault of a Law Enforcement Officer and a third for Discharge of a Gun into an Occupied Dwelling in May.

He has been ordered to spend his three years’ probation at the Johnson County Adult Residential Center correctional facility in New Century, Kan.

Based on his charges, Ruffin faced a maximum of up to 10 years in prison. But with the judge’s order Friday, Ruffin will avoid prison time.

The incident occurred on March 1, 2019, at Ruffin’s Fairway home at the corner of Roe Avenue and 62nd Street, across from Highlands Elementary.

Students and staff reported hearing gunshots, and the window of a classroom was later found broken with a bullet hole. The school went on lockdown, and multiple police officers from Mission and Fairway were sent to the area in response.

The lockdown was lifted about two hours later because district officials and police determined the situation was stable.

However, as children were being dismissed from the school, Ruffin came out of the house and aimed a handgun at two Mission police officers and a Fairway police officer who were still on the scene.

Ruffin’s gun was later found to be not loaded, although it contained a 30-round extended magazine.

Officers shot at and wounded Ruffin. He was treated and taken to jail.

Ruffin’s mother later told officers that her son had told her that he wanted to get in a gunfight with police so they could kill him.

Ruffin also admitted to shooting a gun inside his bedroom in the direction of the elementary school. Upon searching the home, officers found 27 bullet holes in the bedroom.

In his report in court, Jason Covington with the district attorney’s office said Dylan Ruffin later told officers that he wished the police had killed him. 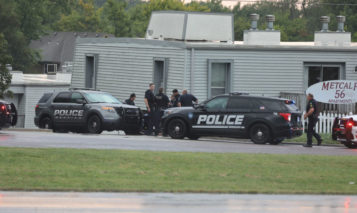