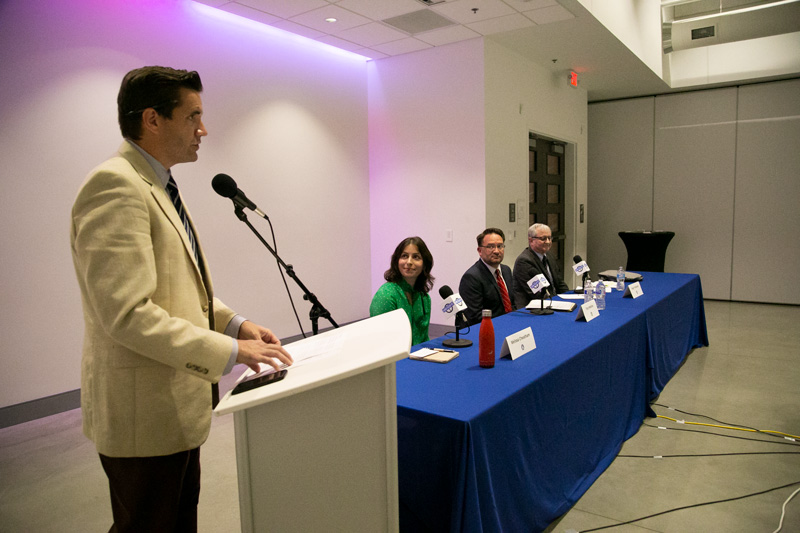 A proposed property tax increase, affordable housing and the crash-prone intersection at 91st Street and Glenwood were a few of the main topics discussed Wednesday evening by candidates running for Overland Park’s Ward 2 city council seat.

About 30 people joined the Shawnee Mission Post at the Johnson County Arts and Heritage Center for our final candidate forum ahead of the 2021 primary election season.

The three candidates vying for the seat being vacated by Councilmember Curt Skoog who is running for mayor are Melissa Cheatham, Tony Medina and Roger Tarbutton. All three candidates attended the forum.

A livestream recording of the forum can be found on the Post’s Facebook page, and can be watched below.

Here are the questions that were asked during the forum followed by timestamps marking where each conversation begins: