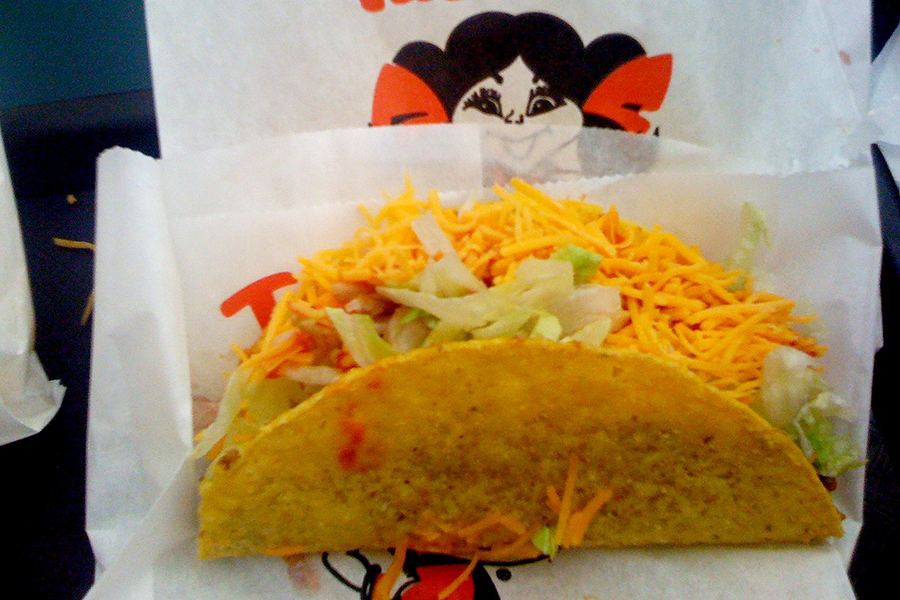 The Taco Via on 95th Street in Overland Park has been in operation since 1975. Photo credit David LaCrone. Used under a Creative Commons license.

People who follow the Jason Sudeikis character Ted Lasso on social media have been getting a primer in Johnson County this week.

In the show, whose second season is set to premiere July 23 on Apple TV, the SM West graduate plays an NCAA Division II college football coach who takes over as coach of an English Premier League soccer team.

Ahead of the UEFA EURO final Sunday, Lasso gave a shout out to the city of Merriam in a tweet noting that he had been no more than “a glimmer” in his mother’s eye 55 years ago — the last time England make the UEFA final.

On Monday, the US Men’s National Team, which is in Kansas City for the CONCACAF Gold Cup, took to Twitter to ask Lasso about good places to eat while they’re in town. Lasso gave a nod to Kansas City’s famous BBQ joints, but went on to say that “for y’all I gotta recommend Taco Via on 95th.”:

Oh boy let me think here. Well obviously you can’t go wrong with the big four, aka Joe Arthur Gate Stack. But for y’all I gotta recommend Taco Via on 95th. Be sure to get the Sancho there. Has as much kick as Jadon.

Proprietors Chuck and Pat Kraus opened their first Taco Via in 1974. The 95th and Antioch location has been in operation since 1975 and continues to be a family affair. The Krauses’ youngest granddaughter started working at the restaurant last summer.