The seven candidates vying for Overland Park city council in wards 4 and 5 answer a reader question about how they plan to address police transparency. Above, a still from a police dashcam video the night Overland Park teenager John Albers was fatally shot by a police officer.

I firmly believe that government actions should be transparent to residents. We elect our city officials, and our tax dollars pay the salaries of city staff. It is a fundamental truth that the staff is doing the business of all residents. However, it is also true that the city sometimes deals with highly confidential, sensitive and private matters. This case included the actions of a high school boy and the dramatic and horrifying circumstances around his shooting.

During the year I have been on the Council, I have spoken with city staff and have spent many hours reviewing materials on this matter. This includes information provided by the Albers family. My view is that removing Officer Jenison was the correct decision. I do not object to the existence of a severance agreement. As an attorney, I believe he would have had a strong basis to sue the city for wrongful termination if he had been fired. This would have resulted in expensive litigation at taxpayer expense and could have caused the city to pay damages. Nevertheless, I believe the city should have revealed the severance agreement publicly at the time it was entered into. The OISIT report was challenging because it contains confidential witness reports and material that I considered to be sensitive to the Albers family. I ultimately concluded that it should be released after sensitive information was redacted and discussed that view with the city staff.

Regarding police transparency in the future, there should be more robust and comprehensive discussions with the Council about transparency with the public. The presumption should be that actions will be disclosed responsibly, and questions will be answered in a timely fashion. I am proud that the Council now has approved the recommendations of the Mental Health Task Force, which includes additional training for police and the addition of a Behavioral Health Unit, so that our police are far better equipped to handle the many mental health related calls they receive each year. 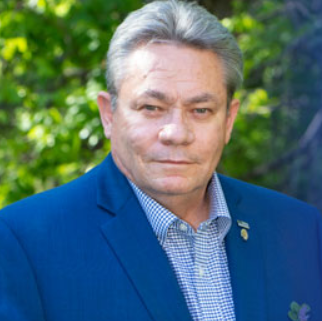 I totally believe in transparency when it comes to police shootings. My family is unique due to my son, an OPPD Officer who was killed in the line of duty 5-3-2020. Mike took is cell phone, put it on record and put it in his shirt pocket. We, the Mosher family released that video for the public to see! Why, transparency, showing that not all police are the “bad” guys that people make them out to be! It showed the justification.

The Albers case is currently under review, and because I don’t know all the facts, I need to withhold judgement and trust the process. The previous council and mayor held the information release up, why, ask them. I can’t answer for them. We did here from Skoog that the city manager made the severance call , not the Chief! Amazing how the heat for this is so mis-directed. I believe that all information after it is investigated should be released first to the family, then to the public as quick as possible. 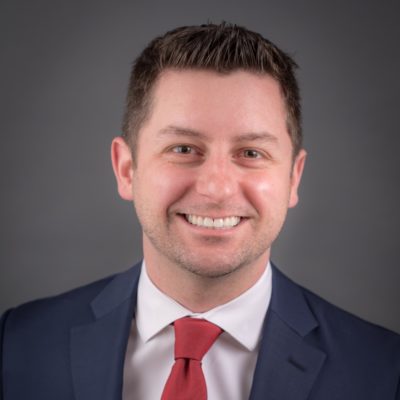 If you are satisfied with current city leadership’s level of transparency and accountability in the killing of John Albers, I’m probably not the right candidate for you. I simply cannot accept that it should take multiple lawsuits and uproar from journalists, activists, and the Albers family for our city to do the right thing and provide simple facts about the killing of an Overland Park teenager. We have to expect more. And let’s be clear. Wanting a transparent and accountable local government is not an anti- police stance, no matter how many politicians may want to portray it that way for their own personal benefit. It is not a stance that supports “defunding” anything. In my very first video I released to announce my campaign, I spoke about how we need local leaders who will respect our police officers and will work to make sure they have the tools needed to keep themselves and our community safe. Most of our neighbors list safety as one of the key reasons they choose to live in Overland Park and that is a direct result of the hard and dangerous work done by our police officers. We should be thankful for their service.

But that support should not be blind. The police department is a part of our city government. It is funded with taxpayer dollars. And like all other parts of our city’s government, it should be held to a high standard of transparency and accountability. If local leadership continues to set a low bar for what information we share with our residents, we won’t improve. I’m running to raise those expectations. We should expect more of
local leaders. Transparency and accountability are non-negotiable with me. And if elected, I’d
push for a high standard here, not just from our police department, but from all city operations. 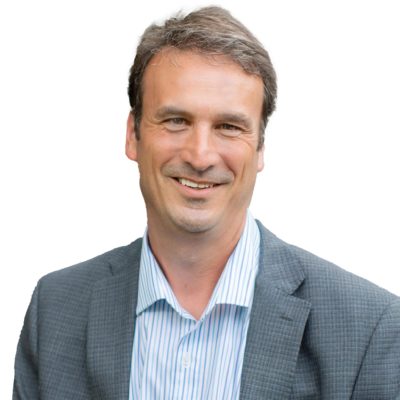 I’ve met with Sheila Albers and listened as she detailed what she and her family have been through and I am very concerned about what happened to John Albers – it’s a tragic situation all around. I think the key here is transparency and accountability. No police officer wants to be put into a situation where they harm anyone. I like the measures that the city has taken to address mental health and to provide more training to our first responders. Ultimately, I believe in a strong collaborative partnership between residents and the police. With the unfortunate death of John Albers, we can learn from what occurred and help our city improve as we move forward. Through transparency with a true understanding of events that happen in our community, clear standards of what’s expected and accountability when issues occur, we can have a community understanding of expectations and how we can thrive in the future. 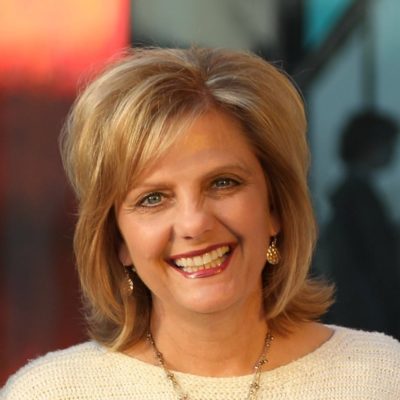 Like any government entity, it’s crucial that Overland Park be completely honest, transparent, and accountable. Fostering a culture of trust is vital to the effectiveness of our governing body (city and police department). If provided the privilege of serving as your council member, I’m committed to restoring trust and confidence with our residents.

I’m a mom of two kids and I can’t begin to imagine the heartache Sheila and Scott Albers are experiencing. I’m so sorry this happened. Since the Overland Park Police Department has historically held high ethical standards, there must be a tremendous amount of insight/information regarding this tragic incident that we, the public, are unaware of. With this tragic incident being an active, ongoing investigation, it’s important that we reserve judgement and avoid making assumptions until the investigation has concluded. Afterwards, it’ll be imperative that the city updates the public with the investigation results, acknowledges if they should/could have done things differently and all parties are held accountable for any improper actions/decisions made the day of this incident and the months following. 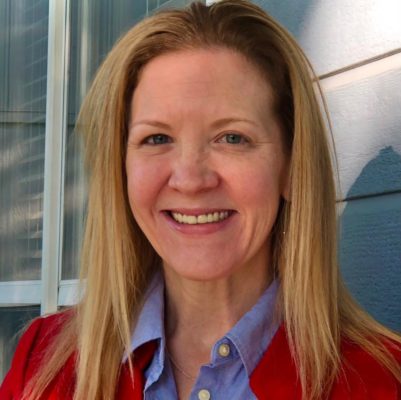 The shooting of John Albers is regrettable and should not have happened. However, it cannot be a “do-over”. Instead, we must learn from it. A majority of calls for police service involve mental illness. Mental health co-responders should be available to respond to such calls. Additionally, all police officers should be trained in crisis intervention. Advocacy efforts led by John Alber’s parents helped to create the city’s mental health task force, resulting in the addition of co-responders and CIT trained officers. The proposed 2022 budget includes an increase in these vital services and I support that. Regarding transparency, there are legal and privacy issues involved in such cases and everyone’s rights should be protected. The officer involved shooting team reported directly to the Johnson County District Attorney and not to the city. A reform of that procedure is necessary and needs to be made at the County level. Regarding accountability, it is my understanding the FBI is doing their own investigation and we should wait to see what their findings are to determine what else needs to be done.

On Wednesday, we will publish the candidates’ responses to the following question: 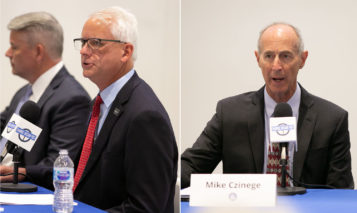 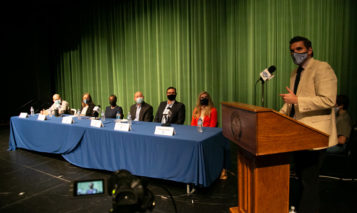 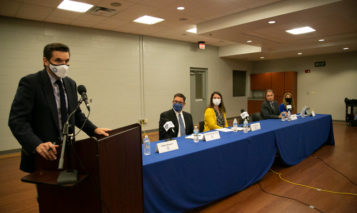 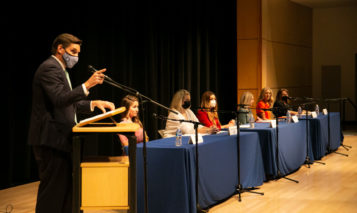 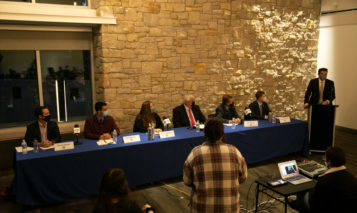