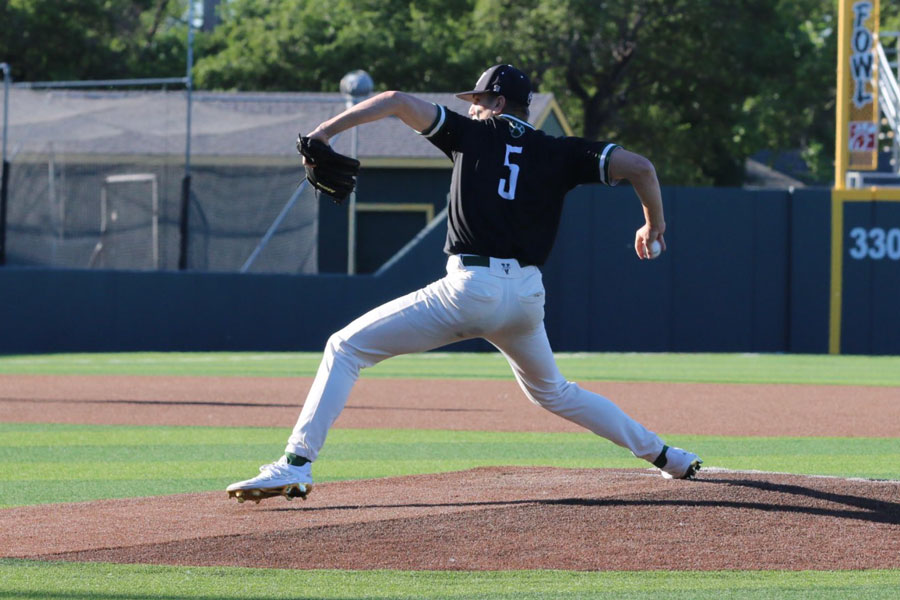 Recent BV Southwest graduate Ben Kudrna was drafted by the Kansas City Royals in the 2nd round Monday of the MLB Draft. This past season he was named the Kansas Gatorade Player of the Year. Image via Blue Valley Southwest Baseball Twitter account.

As a senior this year, Kudrna helped lead the Timberwolves to a Kansas 5A state championship with an overall record of 22-3.

In his final high school season, Kudrna went 9-1 on the mound, according to KSHB, and carried an ERA of 0.99. He was also named the Kansas Gatorade Player of the Year.

Before the MLB Draft, he committed to playing college baseball at Louisiana State University.

The road is expected to be closed for three to four days, weather permitting. A marked detour route will be provided via Pflumm Road to 94th Street.

The Speedo Sectionals will take place July 14 -17 at the venue.

One of three of USA Swimming’s Sectional Meets in the Midwest, this event will involve about 500 athletes from 56 teams and five regional USA Swimming Local Swimming Committees, according to Johnson County Park and Recreation District. Participating LSCs are: Midwest (encompassing Nebraska and western Iowa), Missouri Valley (encompassing Kansas and part of Missouri), Ozark (encompassing the St. Louis area and western Illinois), Arkansas, and Oklahoma.

Blazers Head Coach George Adcock said this will be the “highest level and fastest swimming meet” hosted at the SMSDAC since the facility opened in late 2019.

“We hope to make SMSDAC a regular venue for a meet of this size and level of meet and show that the Blazers can put on a truly great event,” Adcock said.

The event will operate with reduced numbers totaling no more than 350 people per session, according to COVID-19 mitigation protocols. This includes athletes, coaches, officials, and volunteers, and means that there will be no spectators allowed for this event.

The city of Roeland Park’s pool is now open on Fridays.