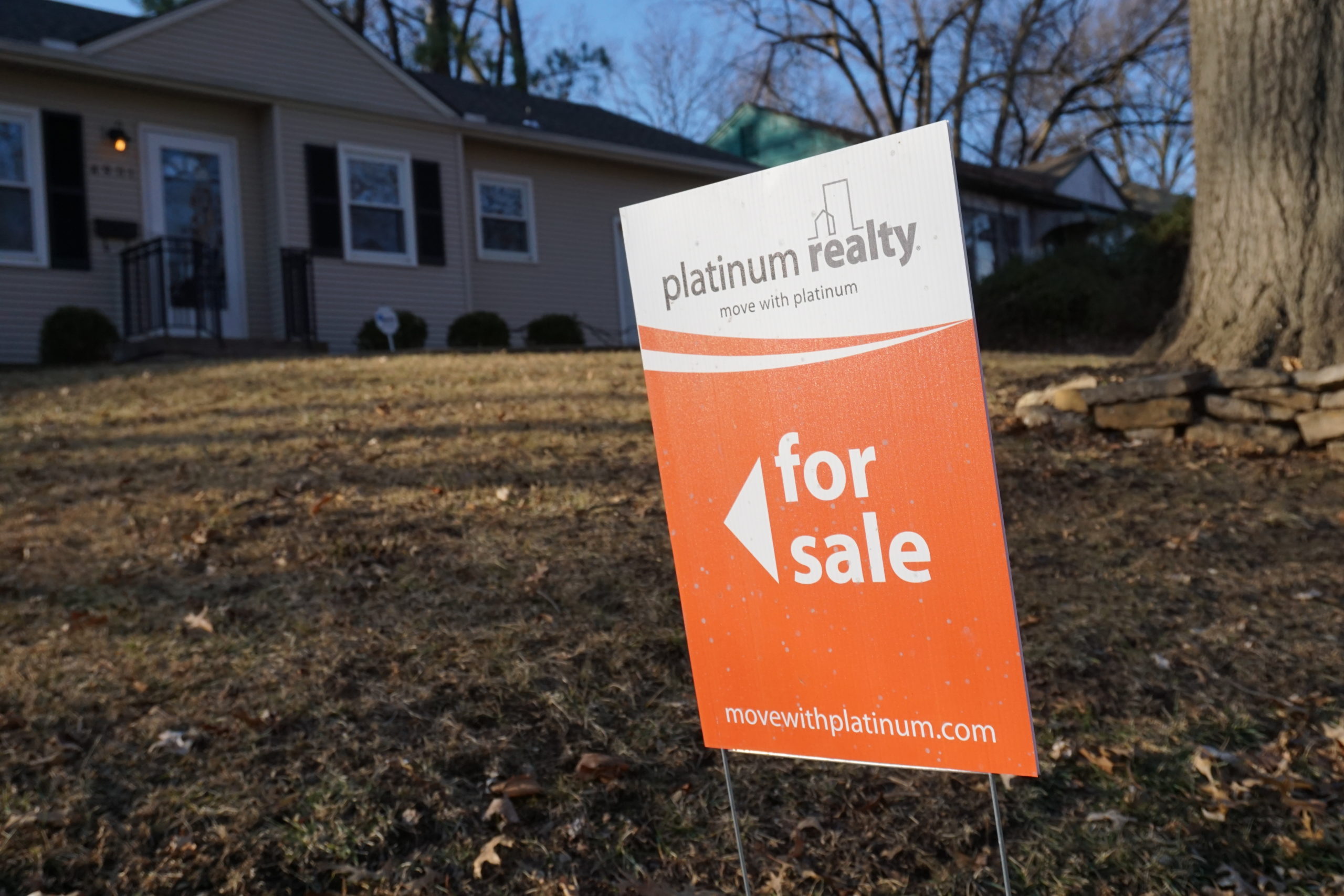 The four candidates running in the Aug. 3 primary for Overland Park Mayor address a reader question about what steps, if any, the city could take in its zoning regulations in order to make housing more affordable.

In early June, we asked our readers about the issues you wanted to hear the candidates running for Overland Park mayor address in the lead up to the Aug. 3 primary.

It’s unaffordable for many low-income residents to live in OP near their jobs. Would you support changes to zoning to allow for denser and more affordable housing options in OP? What specific types of residences would you like to see more of? If you do not support denser housing, are there other policies you think would help more residents afford to live near their jobs in Overland Park?

Overland Park was developed as a suburban community primarily, and until recently, comprised mostly of single family homes and planned neighborhoods. The recent trend to spot-zone high density developments is contrary to the character of the community in which residents have invested considerable capital to provide a strong quality of life free of congestion for their families.

The KC metro area is easily accessible throughout, with often no more than a 30-minute trip to reach most parts of the city, whether by car or public transportation. Therefore, the suggestion that people are not able to live within a reasonable commute to employment in Overland Park is simply not as dire as the premised question would imply.

Ideally, the employment offered in Overland Park is such that after working hard and prudently saving, as families have for decades, couples and families desiring to do so can transition from apartment and urban living to single-family home neighborhoods in suburbs like Overland Park. Building endless, dense developments squeezed in alongside established neighborhoods is driving many longtime residents from those neighborhoods to flee to Southern Johnson County, Miami Count and rural Missouri communities.

Overland Park has sought to extend its borders in a defensive maneuver to capture the rural areas to the south by leap-frogging annexation in a haphazard manner to control various interchanges and future potential commercial areas, with little plan or resources to properly serve those areas. Overland Park would do better to focus its attention and resources to be the best suburban community for its residents it can be, rather than trying become an urban city failing in its quest to be all things to all people and responding to every planning fad of the day.

Overland Park was never meant to be New York or even Kansas City, nor is such a congested lifestyle desired by Overland Park residents. Safe, maintained and peaceful neighborhoods, along with ensuring strong schools should be the priority focus. 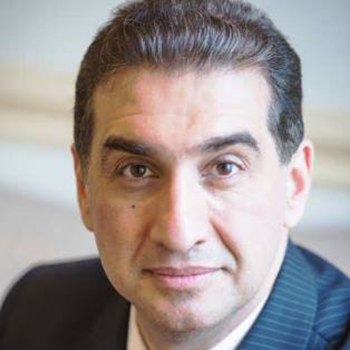 Housing affordability is a major issue across the nation. According to a study by Harvard’s Joint Center for Housing Studies, even families with moderate level of income now feel burdened by housing costs. This is a scientific topic and needs to be treated in an evidence-based manner.

I will explain my answers in three sections:

Mechanisms: What can be done?

Municipalities can employ a range of mechanisms to promote affordable housing including:

Other possibilities include lease-to-own programs (Cleveland), models that promote environmental sustainability as a path to long-term affordability (Minneapolis), and projects that connect community resources (such as day cares) to housing. Recently Johnson county has also completed a study on this topic resulting in a tool kit. Overland Park has employed NONE of these mechanisms.

Policy change needed: Where do we find the money for it?

I have always voiced my opinion against the current fiscally irresponsible policies of OP government (TIFs) resulting in handing over half a billion dollars of taxpayers’ money to luxury unaffordable apartment developers. Such policies worsen the current situation with work force housing that our next generation needs. The only legitimate place for TIFs is removal of verified blight. These tax dollars can be used to promote affordable housing.

In our plan, OP2025, we have suggested a commission on workforce housing to provide specific aims and milestones, which you can find at farisforop.com.

Overland Park municipal codes allows for a range of densities. The current problem is that the related zonings are constantly ignored due to the pressure of lobbyists. Higher density zones can be used as a tool to provide workforce housing, but they need to be in harmony with their surroundings.

We also need to plan for all public amenities and services (schools, streets, public safety, parks, libraries etc.) in support of the quality of life for residents in these areas. This necessity, once again, highlights the importance of preserving tax dollars to finance such services.

Finally, on April 21, we had a zoom session with experts about this issue, which you can view at faroisforop.com. 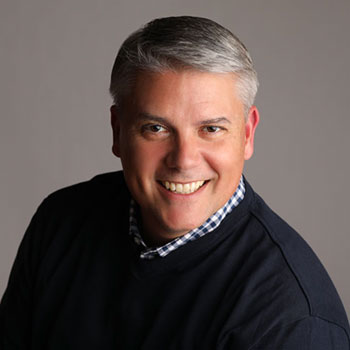 Residents agree. Access to affordable homes is a top issue. We want our teachers, firefighters, police officers, and others to live in the communities they serve. One of the things we must do to accomplish that is ensure we have accessible housing options. Under the status quo, we do not. But I will address this proactively. Therefore, I support well-thought-out changes to our zoning policies and other ordinances that will allow for us to achieve housing affordability.

This is the “missing middle” that United Community Services of Johnson County has identified as a priority in its recent comprehensive housing study. The lack of adequate housing options in the middle-density range is a serious problem, which also contributes to our current staffing crisis locally. Rather than more luxury, high-rise apartment towers, we should preserve and expand our supply of middle-density housing types that transition well with our existing neighborhoods and new developments. Some examples include homes on smaller lots, attached homes, or pocket neighborhoods centered on a community space. This will allow us to meet our housing needs with options that are appealing at different stages of our lives, while still maintaining the character of our neighborhoods.

Lack of affordable housing also affects our seniors. We must find ways to allow us to age in place as we advance in years, whether that be in our own homes or in affordable alternatives within the same community, close to family, friends, and familiar surroundings. It will require a multi-faceted approach and working with the state and the county to be effective.

We need to get creative, so I have already met with community advocates, housing developers, and other leaders to address these issues directly. As mayor, we will engage in effective public engagement to bring together experts and local voices from throughout the city to chart a path forward. Using resources such as UCS’s Housing Toolkit as a guide, we will tackle this issue head on. It is critical that we make real progress on the accessibility and affordability of homes, because it is the only way that we can meet our growing demand and maintain Overland Park’s status as one of the country’s best places to live. 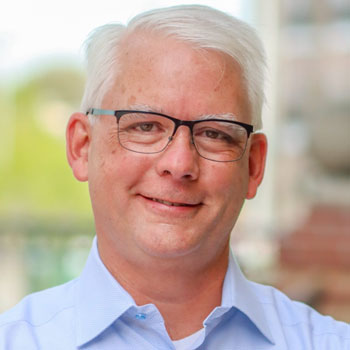 I am proud to say that new attainable housing is being built in Overland Park. The conversion of a former motel and two former extended stay hotels into attainable housing is a first step in expanding these housing options. Repurposing existing structures allows for significantly lower upfront costs that is then reflected in lower monthly rent. In addition, at 87th and Farley, I worked with neighbors to gain support for a project that will provide attainable housing at a higher density.

As Ward 2 councilmember, I have been focused on reducing the barriers to building attainable housing in Overland Park. The largest barrier has been the cost of land. As a successful and popular place to live, land is in demand. The second barrier is the cost of construction. New construction is expensive and needs a business model that is profitable.

Progress towards more attainable housing has been made in multiple ways. The adoption of the Vision Metcalf plan, which I proposed and was created with extensive public input, calls for density to be placed along Metcalf as old commercial centers become obsolete. In the last few years, we have seen new housing return to north Overland Park for the first time in over 30 years. Additional new housing projects are expected, and I will advocate for a significant portion to be attainable.

Starting next year, I have secured funding for Overland Park to update its comprehensive plan. It has been decades since it was last thoroughly reviewed. For the first time, it will involve an extensive public process. One of the work groups will be focused on housing. As mayor, I will lead this important community discussion on housing needs and find a consensus to keep moving Overland Park forward.

On Tuesday, we will publish the candidates’ responses to the following question: