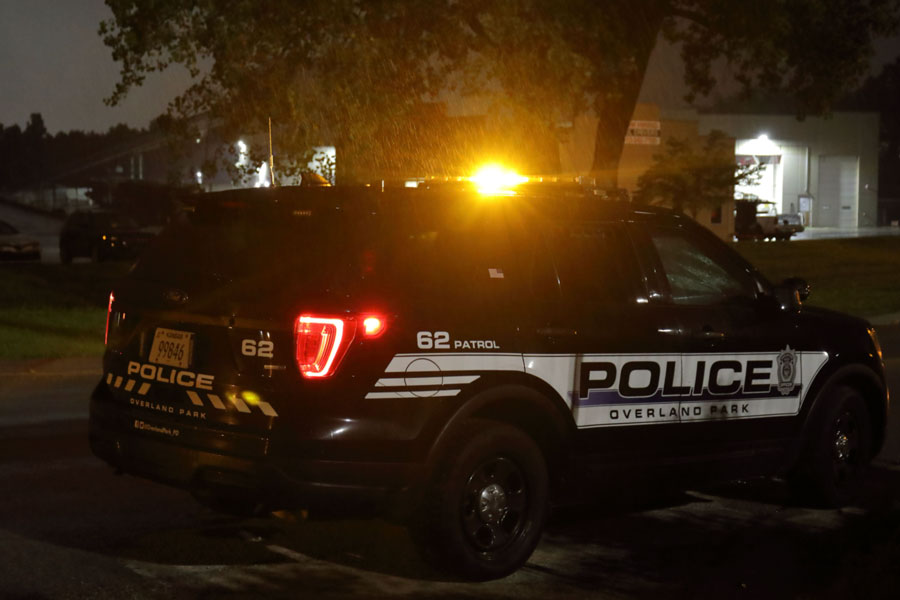 A man's body was found near what was identified on recorded radio traffic as a possible homeless encampment near 75th Street and Interstate 35 early Monday morning. One investigator said "nothing obvious" suggested the man died as a result of criminal activity. Photo credit Mike Frizzell.

Merriam Police and the Johnson County Medical Examiner’s Office are investigating after a man’s body was found in a wooded area near 75th Street and Interstate 35 early Monday morning.

Recorded radio traffic at about 2:45 a.m. indicates police were notified of a possible dead body near a homeless encampment about a quarter-mile north of Concrete Materials Inc., 9900 West 75th Street.

Officers from both Overland Park and Merriam police agencies responded to the scene.

In comments to The Kansas City Star, Merriam Police Captain Troy Duvanel confirmed that they’re investigating the death and are still working to identify the man.

“We think it was somebody that was possibly homeless that was staying down in that area,” Duvanel told the Star. “We’re still investigating, but there’s nothing obvious that it was a criminal act.”

Merriam detectives and investigators from the Johnson County Crime Lab remained on the scene until about 8 a.m. Monday.