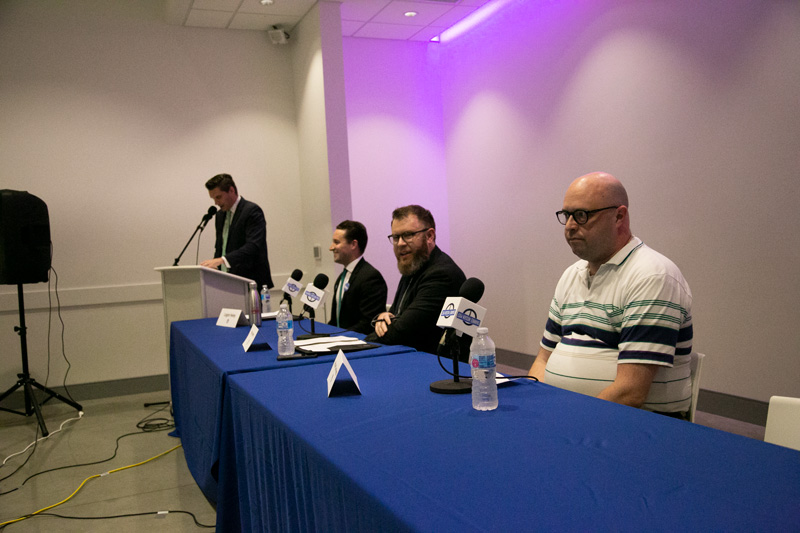 Three of the four candidates vying for the primary race for a Ward 1 seat on the Overland Park City Council participated in Wednesday's forum, hosted by the Shawnee Mission Post. Pictured above from left, Post editor and moderator Kyle Palmer, incumbent city councilmember Logan Heley, Ryan Spencer and Mike Czerniewski. A fourth candidate, Carol Merritt, could not attend because she said she was feeling sick. Photo credit Leah Wankum.

About 35 people showed up at the Johnson County Arts and Heritage Center Wednesday evening for the forum. Candidates Michael Czerniewski, Ryan Spencer and incumbent Logan Heley were all present. Candidate Carol Merritt was sick and did not attend the forum.

Heley is up for re-election, and Czerniewski previously ran for the Kansas Senate District 21 seat in 2016. Spencer is a payroll specialist at Optiv in Overland Park, according to his website.

The forum was streamed live on the Post’s Facebook page, and the entirety can be watched below.

Here are the questions that were asked during the forum followed by timestamps designating where each conversation begins: 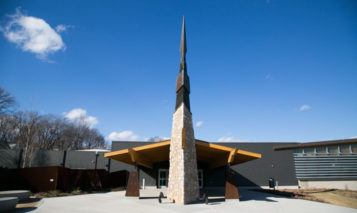