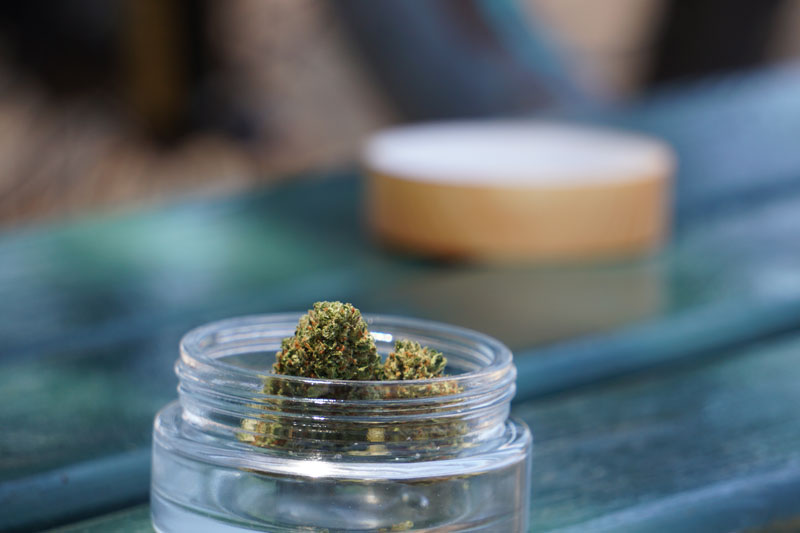 The Prairie Village diversity committee will continue the city's conversation around decriminalizing marijuana. A proclamation against systemic racism, specifically related to marijuana laws, and recommendations to state legislators will be brought before the city council at a later time. Photo credit Elsa Olofsson. Used under a Creative Commons license.

The Prairie Village City Council Monday evening agreed to move ongoing discussions about potentially decriminalizing marijuana to the city’s diversity committee, even as the city’s top law enforcement officer warned against the possible impacts of loosening marijuana penalties at the city level.

At Monday night’s city council meeting, Waters outlined several items he reviewed in connection to his research into marijuana decriminalization, including the Kansas Supreme Court’s decision in 2016 to invalidate a voter-approved decriminalization effort in Wichita.

That decision hinged more on a procedural issue with the way the voter petition was filed and avoided the larger question of whether such local decriminalization ordinances conflict with state law.

Waters said a policy ordinance would be the city’s safest bet, and advised against going so far as to prohibit police officers from enforcing state marijuana laws.

While he said the police department would enforce any policy the city council approves, Roberson said a decriminalization policy would reduce officer’s “leeway to solve problems on the street.”

Roberson said drug-related investigations nowadays also involve the dealing of other drugs, including opiates and methamphetamine, and can also involve guns.

If Prairie Village were to decriminalize marijuana, Roberson contended, the city could become more attractive to drug dealers — especially, if it becomes the first and only only Johnson County city to do so.

“If you’re asking me for my opinion, I definitively say this will not make our city safer,” Roberson said. “In fact, it will make our city more attractive to drug dealers and drug users.”

Selders, who has been a driving force behind the decriminalization discussion at city hall, maintained that the city needs to take a stand against systemic racism — including the disproportionate number of Black people arrested for marijuana in Johnson County.

She suggested this could also be done by writing a proclamation laying out the city’s stance on marijuana laws and passing that along to state legislators.

After more than an hour of discussion on Monday, the council committee of the whole ultimately agreed to allow the city’s diversity committee to look into writing up such a proclamation and to also make recommendations to state lawmakers.

Those items would then have to come back before the full city council at a later date.