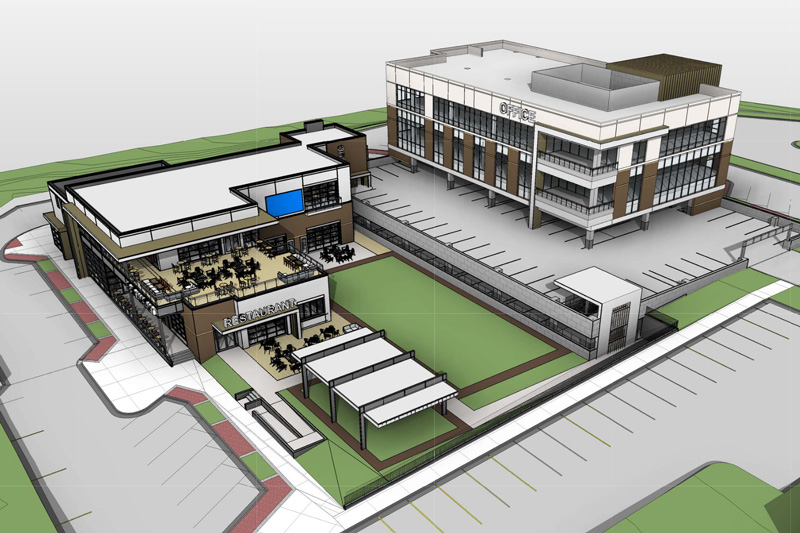 The Yard, a mixed-use development in Lenexa City Center, will feature a large outdoor patio, restaurant and office spaces and entertainment areas. Above, a design rendering via Yaeger Architecture.

Lenexa has advanced final plans for The Yard, a mixed-use development in Lenexa City Center.

Located at 8700 Ryckert St. on the southeast corner of West 87th Street Parkway and Renner Boulevard, The Yard comprises an L-shaped building that will include a mix of office, restaurant and entertainment uses.

The project is so named because it featured a large outdoor patio, which the city of Lenexa calls The Yard.

Final design plans show the patio will be integrated with the restaurant as an entertainment space for the development. The patio is set to provide various activities for patrons of the restaurant, according to city documents.

City documents did not include any information about any businesses that would eventually move in at The Yard.

The Lenexa Planning Commission on June 28 voted 8-0 to approve the final plan for The Yard. Commissioner Jason Leib was absent. There was no discussion or public comment.

The restaurant is a two-level building with about 15,000 square feet and a rooftop patio.

Outdoor spaces will also feature seating with outdoor restaurant tables and lounge furniture for groups to gather and socialize. 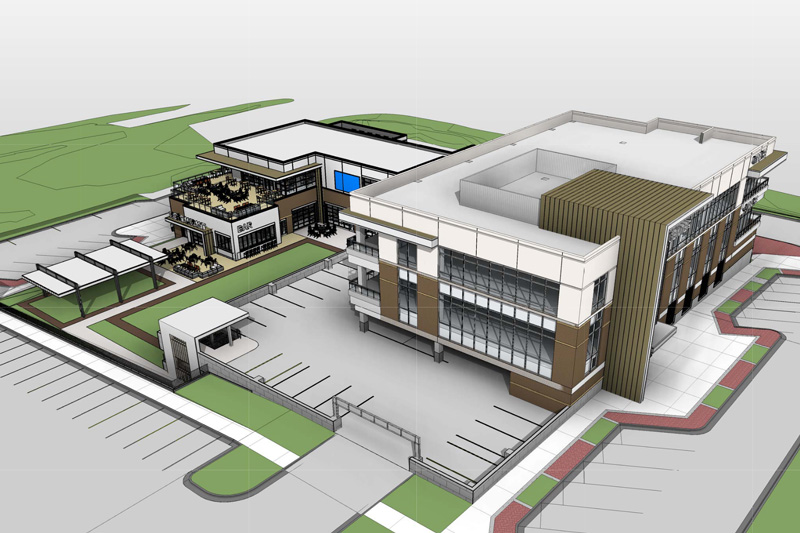 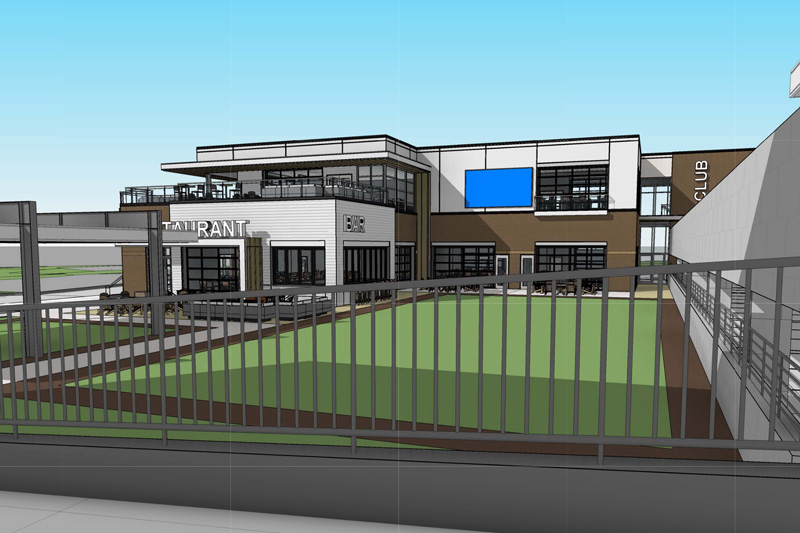 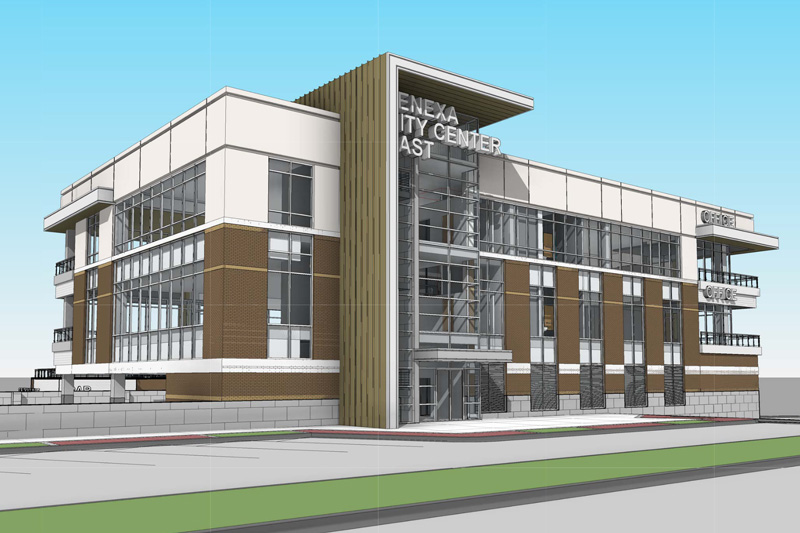 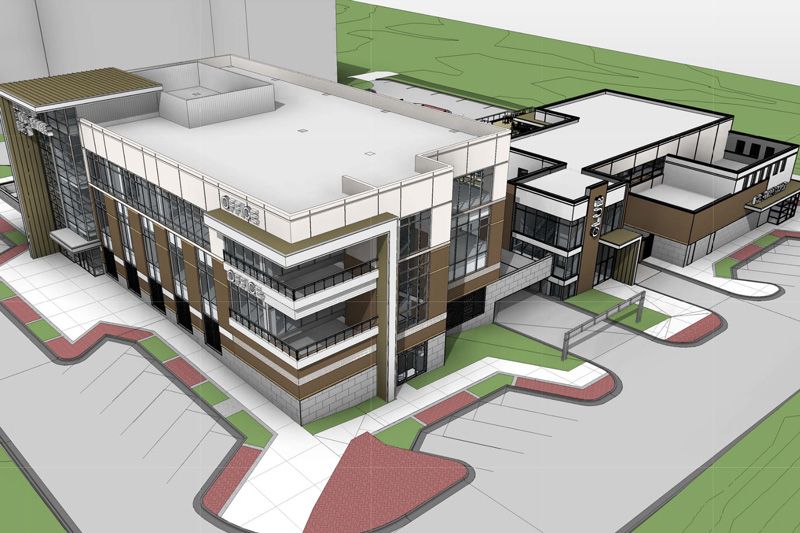 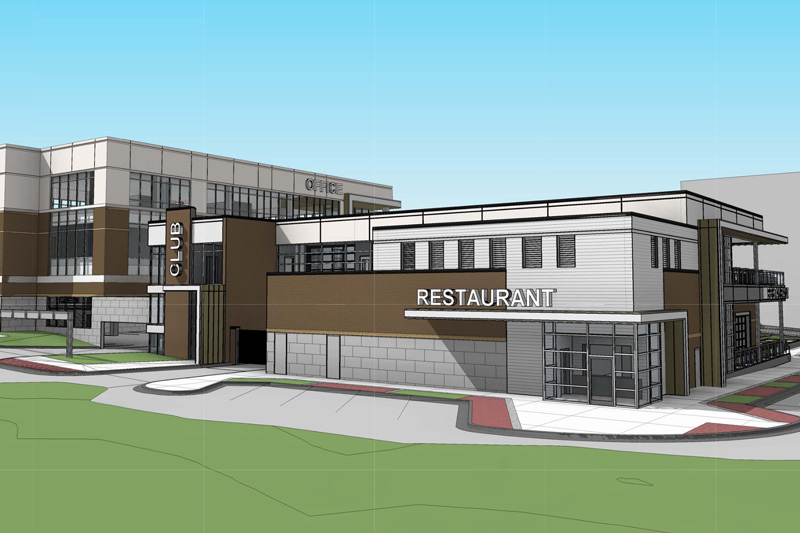 The space includes a shade structure and an outdoor television mounted to the wall of the restaurant for events such as football and baseball games.

Meanwhile, the office portion of the project includes two levels of parking and two floors of office space totaling about 24,000 square feet of floor area.

The planning commission and Lenexa City Council had already approved a final plan for The Yard in August 2018. The plan was later revised in June 2019, so the revised final plans required approval.

The previous plans had included pickleball courts and cornhole yard games for additional social activities. However, the revised final plan omits the courts and yard games and has instead dedicated the patio for open and moveable games to accommodate various crowd sizes, according to city documents.