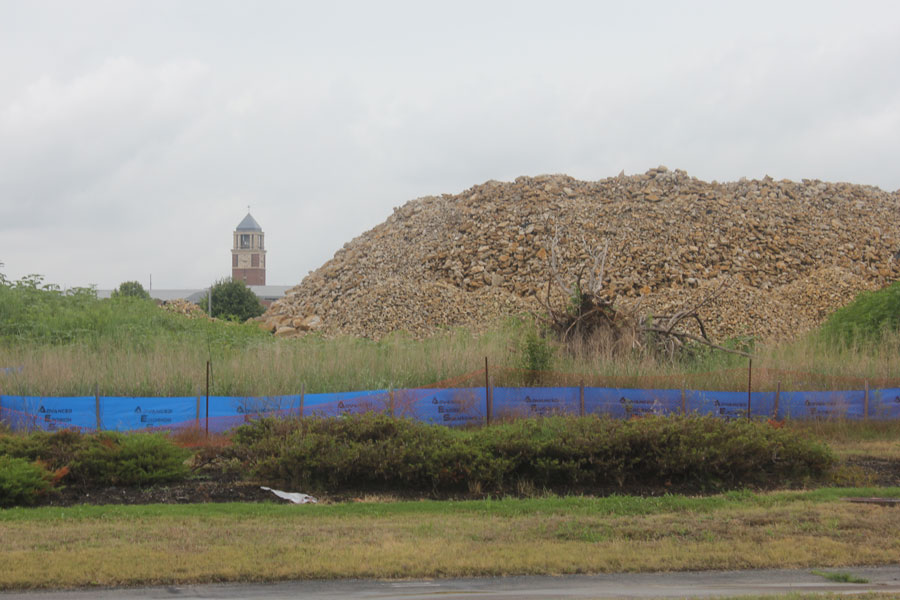 Drivers passing the former Sprint campus along Nall Avenue may have noticed sizable mounds of rubble on a site adjacent to the Jewish Community Center. Developers say they have begun work to level the ground there in preparation for construction of the first phase of the massive 200-acre Aspiria development. Photo credit Kyle Palmer.

Drivers in Overland Park near the former Sprint campus may have recently noticed work being done near 117th Street and Nall Avenue. Or at least the result of it.

From Nall, giant mounds of rubble can be seen piled up on a grassy lot next to the Jewish Community Center.

Those mounds represent the start of work to remake the former Sprint site into the vast mixed-use development dubbed Aspiria, a project which will likely take years to fully complete.

Here’s what we know:

What work is going on now?

What will eventually be built there?

How long will the project take?

Will traffic be impacted?