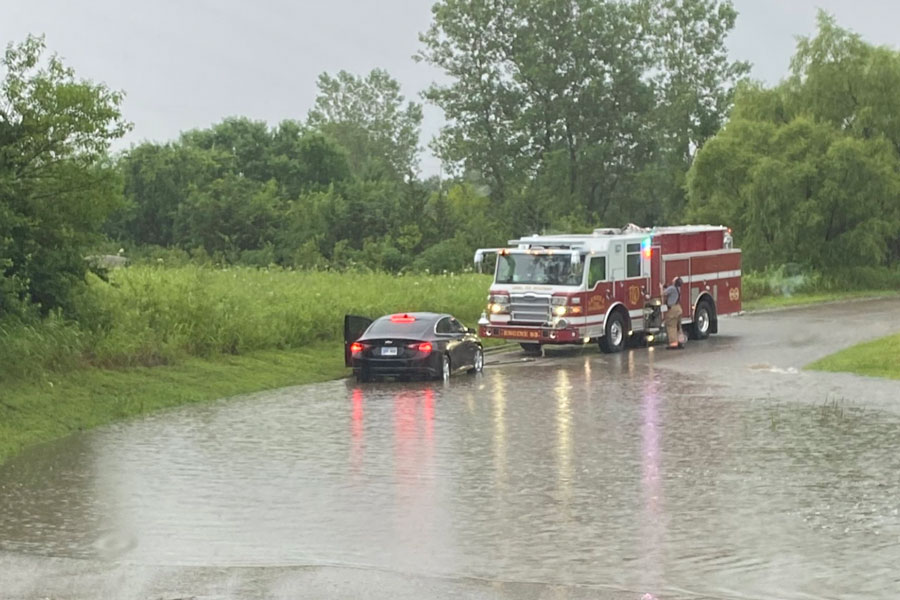 The Lenexa Fire Department assists a motorists stuck in high water Wednesday morning. The National Weather Service says up to four inches of rain could fall in some areas of the Kansas City region by noon Wednesday. Since Monday, some spots in Johnson County had already recorded more than 5 inches of precipitation. Image via Lenexa Police Department's Twitter account.

It’s been a wet stretch in Johnson County, with steady rain — augmented by occasional heavy downpours — since Friday.

The continued rain prompted the National Weather Service in Pleasant Hill to issue a flash flood warning for most of Johnson County, in effect until 12:30 p.m. Wednesday.

The NWS’s warning said 1 to 2 inches had already fallen early Wednesday morning with additional rainfall amounts expected to total another 1 to 2 inches by around noon.

The northwest corner of Johnson County, in Shawnee and De Soto especially, has been hit the hardest, with several places recording upwards of 5 inches of rain since Monday and at least one spot topping 6 inches.

Here are the highest rainfall totals in Johnson County over the past 48 hours:

Forecasters predict flash flooding could be seen in some area creeks and waterways, topping roadways and cresting in low-lying places and under overpasses.

On Wednesday, Lenexa Police reported that the Lenexa Fire Department helped out a motorist who had gotten stuck in high water.

Reminder: don’t drive through high water. This vehicle got stuck, temporarily stranding the occupants. @LenexaFire was able to get them pulled out. pic.twitter.com/wGpMAjRVKz

And the city of Shawnee expressed a sentiment many Johnson Countians can empathize with:

Ok. We get it. You can stop now. pic.twitter.com/OQW9hkm2uW

The good news: relief is in sight.

The National Weather Service says the wet weather is expected to move out of the Kansas City region later today, and temperatures are expected to remain in the low to mid-80s with sunshine through the Fourth of July weekend. 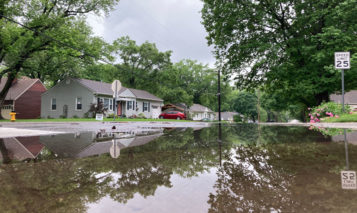