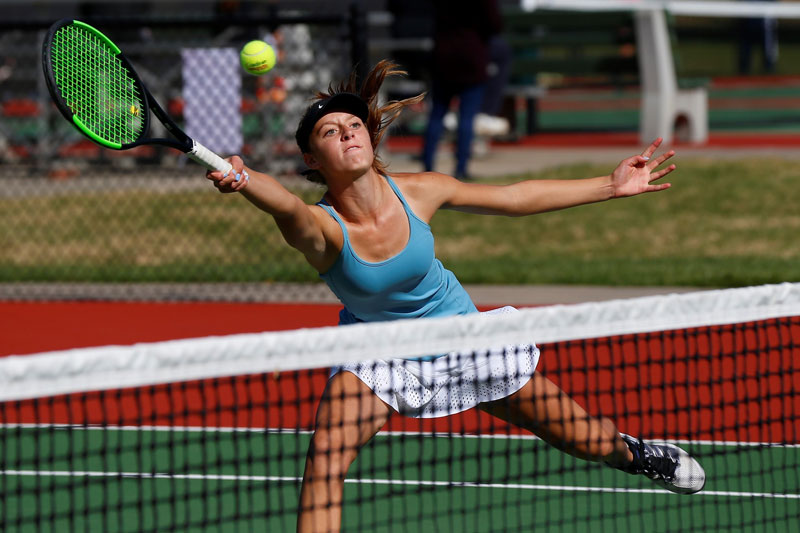 As a tennis player herself, Langford said she was eager to connect with the founders of Second Serve, a youth-led nonprofit that focuses on getting tennis equipment into the hands of kids around the world who may not be able to afford it.

Now, the California-based group is expanding to the Kansas City area through Langford — who will hep coordinate donation efforts in Johnson County.

“Tennis means a lot to me and has always been a big part of my life,” Langford said. “I wanted to help others who didn’t have the chances that I did to learn at such a young age.”

Langford is currently in charge of managing two donation boxes in Johnson County and will be working with the Kanas City-based Stephanie Waterman Tennis Foundation to help manage and distribute the equipment that comes in.

What is Second Serve?

There are Second Serve donation boxes located around the U.S. currently, including in California, Missouri, New Jersey and Montana.

Donations are made to kids in the U.S., as well as countries around the world, including Uganda, China, Mexico, Argentina, Nigeria, Switzerland and other countries, according to Second Serve’s website.

Langford said she hopes to build on her experience with Second Serve and help make international donations in the future.

“Hopefully, one of the duties given to me later will be to ship equipment to an international site,” Langford said. “[I’ll continue] to serve our community while reaching other people across the world.

Where can I donate?

Those interested in donating can take gently-used tennis equipment to the donation boxes at one of two locations:

Monetary donations can also be made online here.