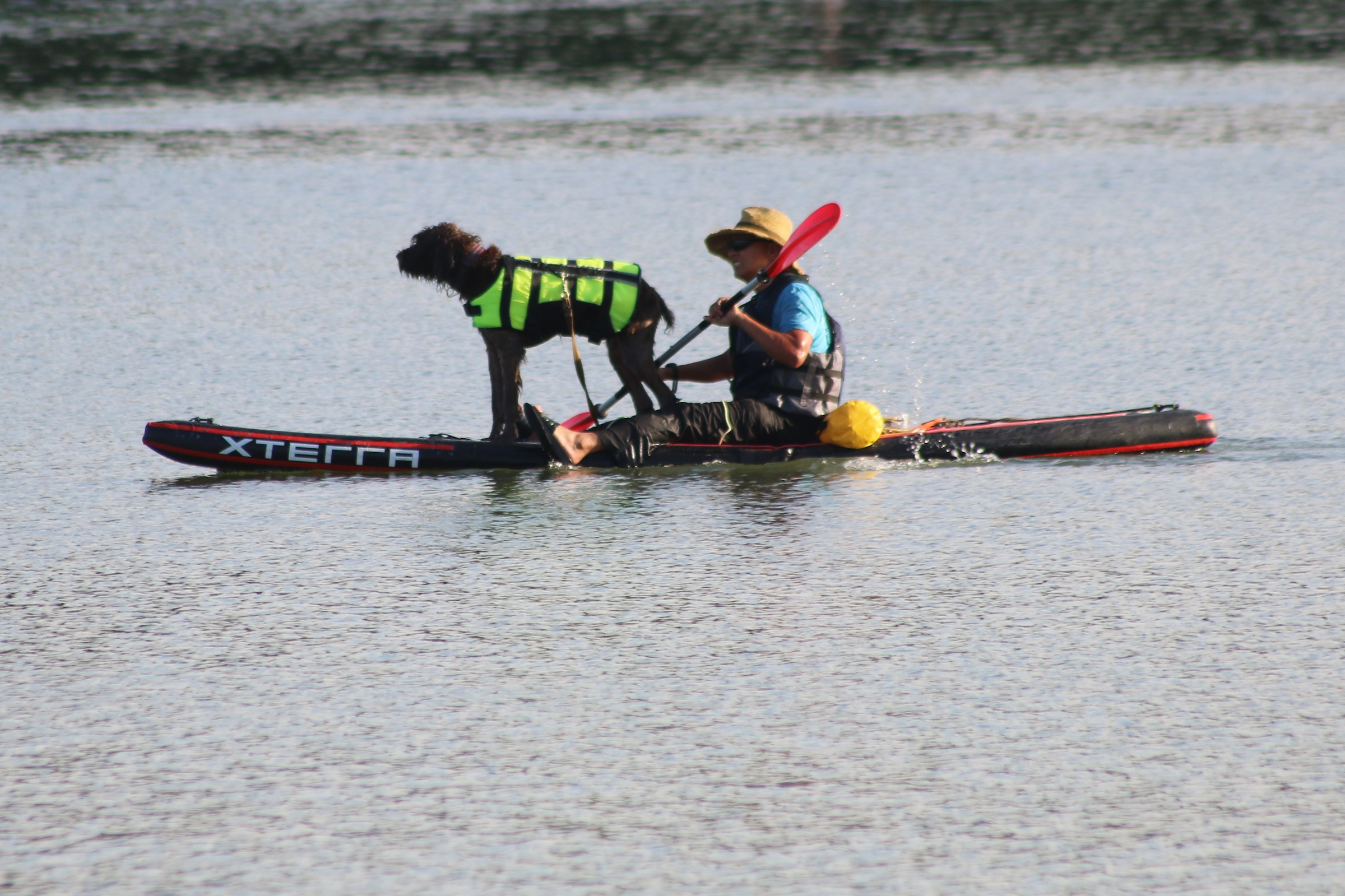 Each summer, Johnson County Park and Recreation District staff members encounter – and sometimes have to assist – folks who are not adequately prepared for conditions they’ve encountered.

Here are reminders about some of the most common summer pitfalls, so you can be sure to avoid them.

Water is a basic need for living things and particularly human beings who are burning calories under the hot Kansas sun. Very few summer safety tips are more important than adequate hydration. Remember, if you feel thirsty, you’re not hydrated. Drinks containing excess sugar or alcohol can actually make matters worse by making you even less hydrated.

But keeping hydrated in hot weather is a serious matter, and the ill effects of dehydration can come upon a person quickly.

The best bet is to plan ahead by hydrating before leaving home or the vehicle, and always carry water, even when you think you’ll only be gone for a short time.

JCPRD Park Police officers carry extra water in their cars, and they will give people an air-conditioned ride back to their vehicle if necessary. At least a couple of times each year, officers need to call MedAct to get hikers or other park visitors immediate medical attention if the effects of sun exposure are more severe.

Remember, heat stress, heat exhaustion, and heat stroke are all serious conditions to which a lack of adequate hydration can contribute.

As anyone who’s ever experienced a painful sunburn can attest, dehydration is not the only ill effect overexposure to the sun can cause.

“Anytime you’re out in the sun, sunburn has a way of sneaking up on you,” Weber said. “By the time you realize you have a sunburn, you may already have it worse than you realize.”

“Sun protection is very important,” added Werp. “I wear sunscreen every day – even in the winter and on cloudy days.”

Applying an effective insect repellent as a preventative action, will discourage ticks, mosquitos, and other biting insects from landing on you.

“Even on a paved trail, if you brush against leaves, you can pick up ticks and tick-born illnesses,” Weber said.

“It is really important to do tick checks, especially after being in tall grass,” Werp added. “Be sure to remove ticks with tweezers.”

Precautions recommended by the Johnson County Department of Health and Environment include: using a repellent with DEET or permethrin, wearing light-colored clothing, tucking your pant legs into your socks, and checking your body, as well as clothing and pets, for ticks. If you find a tick, remove it immediately and watch for signs of rash or fever.

A few of times each year, park police will get a call like this: “I’m in your park and I’m lost!”

Park police will search parks if needed and usually find lost hikers fairly quickly, but it’s always a good idea to orient yourself before starting out.

On most of our trails, if you continue to go in one direction, you’re apt to run into a road and access point” Weber said “If someone walks on one of our loop trails, they can get turned around and we may need to do a search and rescue. We also know that trails can look different going back from what they noticed going the other direction. If they call us, we will go find them. The last thing we want is for people to get further off course.”

Sometimes officers use their patrol car’s lights and sirens to help lost hikers orient themselves back to a road or access point.

Officers do often carry maps they can give out, and because they spend so much time patrolling the parks and trails, bike patrol officers and park safety aides are very familiar with the area.

Be able to identify poison ivy in order to avoid it as this plant releases oils that can trigger an allergic reaction on a person’s skin.

“Poison ivy plants can take many forms and sometimes resembles a bush, and other times looks like a vine,” Weber said. “It’s good to be able to recognize the three-leaflets attached to a stem so you’re not walking through it unaware.”

Not to alarm anyone, but snakes, including timber rattlers and copperheads, are not an especially uncommon sight in JCPRD parks, but most of the time these and other wild animals will not attack, but they may defend themselves if disturbed, so always give them distance and respect.

“If you leave them alone, a snake is not going to come after a person,” Weber said. “Just remember, they’re good to look at, but not to be handled.”

For those who know they have severe allergies to bees and wasps, it is a good idea to carry an EpiPen® Epinephrine Auto-Injector when they are out and about, Weber added.

Knowing how to swim is a good way to stay safe when around the water and JCPRD offers swimming lessons for youth and adults throughout the summer at the Shawnee Mission School District Aquatic Center in Lenexa’s City Center.

And while state law only requires that all persons have safety vests or seat cushions when boating, Weber notes that wearing the vests is always the safer bet.

We’ve all heard the horror stories, but it’s worth repeating the warnings to never leave a child or pet in a vehicle on a hot day as the temperature inside can surpass 100 degrees in mere minutes.