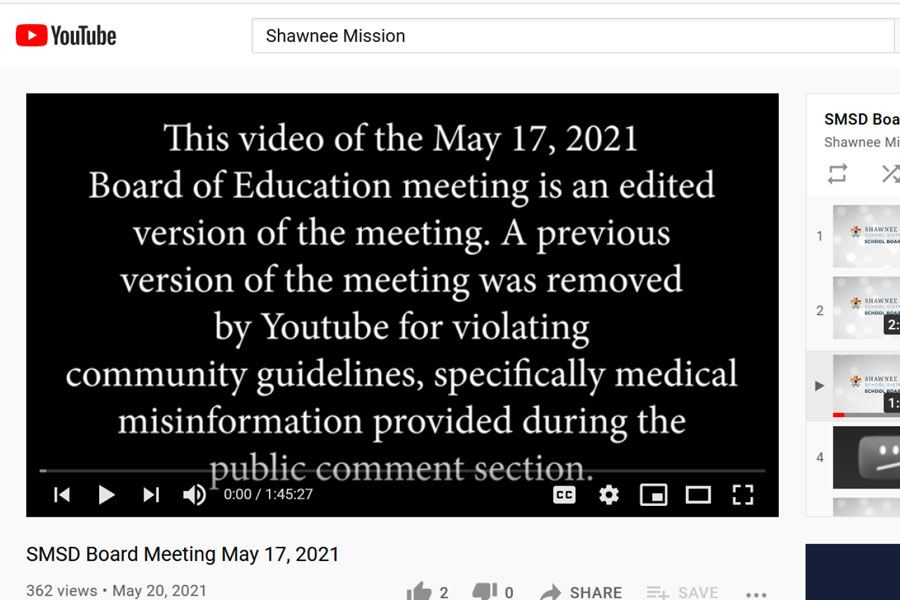 The archived broadcast of the Shawnee Mission School District's May board meeting was pulled by YouTube after being flagged for containing "medical misinformation," related to claims about masks during the meeting's public comment period. The board is now considering a policy change that would lead to public comments not being aired on YouTube. Image screenshot captured by Abigail Censky.

“Think of it this way,” said Thompson. “I’m about six feet tall. Saying that this mask is going to block the virus is like saying I can’t walk through a doorway 6,000 feet tall and 2,000 feet wide.”

His claims about masks weren’t true.

The U.S. Centers for Disease Control and Prevention says wearing face masks does prevent the spread of COVID-19.

YouTube — which the school board uses to stream its meetings — deemed statements from Thompson and other speakers so dangerous that the tech giant pulled the entire meeting off its platform for spreading medical misinformation.

That leaves the district in a quandary. Does it strip out the public comment portion of its streamed meetings to avoid a YouTube ban? Or would that effectively censor any criticism of the school board?

It’s tough because Shawnee Mission has grown dependent on YouTube.

“It’s accessible. It’s easy to use. So, it’s a great platform,” said Shawnee Mission spokesperson David Smith. “But we absolutely have to be concerned because we don’t want to lose the ability to use that platform.”

In the age of COVID-19 and social media, streaming public meetings offers a convenient way to let residents track critical debates on decisions about their taxes, their children and their communities.

At the same time, Big Tech is grappling with how to choke-out viral misinformation. But conversations at the meetings of city councils, school boards and other parts of local government can be riddled with conspiracies and half-truths without fact checkers to keep the record straight.

Shortly after last month’s SMSD board meeting, a warning popped up on the Shawnee Mission School District’s webpage that more violations of YouTube’s policies aimed at fighting disinformation might take meetings offline.

The district wouldn’t be able to upload, post, or live stream for one week. YouTube community guidelines state after three strikes in a 90-day period, an account can be terminated.

That could mean a lot of trouble for the district, say district officials.

SMSD has 10 years of videos archived on the platform, and it uses benefits like live streaming and automatic closed captioning for free. The cost of moving to another platform would start at $20,000, Smith said.

In a statement, YouTube spokesperson Elena Hernandez said, “We apply our policies equally, regardless of the speaker or setting of the video.”

YouTube says that in some cases videos with medical misinformation are allowed to stay on the platform if they have an audio or visual disclaimer refuting the false claims or sharing CDC guidelines about the effectiveness of masks to prevent COVID-19.

If an account holder disagrees with YouTube’s decision, they can appeal.

Katie Paul, director of the industry watchdog Tech Transparency Project, said the misinformation policy is fine. But her group is critical more broadly of how Big Tech moderates content.

“That is to rely on the cheapest option, which is (artificial intelligence),” said Paul. “But AI is not perfect, and it’s effective in some cases, but takes down incorrect content.”

She argued that companies like YouTube need to rely less on their algorithms to sort out content, and spend more heavily on workers who can pick up on the subtleties that computer programs can’t catch.

YouTube did not respond to questions about the role of artificial intelligence in flagging the Shawnee Mission video.

But Paul said the application of the policy has been uneven at best, and is “ultimately not removing the content that’s most egregious and at the same time removing content that should remain on the platform.”

“The whole purpose of the public comment portion of the meeting is to allow those whose tax dollars fund the operation of the school to have a say,” Thompson told the Shawnee Mission Post in an email last month after the video was removed. “And it allows parents a course of action if they disagree with the board’s decisions.  The 1st Amendment  of the U.S. Constitution doesn’t mention ‘fact checkers’ as being the gateway to free speech.”

A change being considered

Now the SMSD board is looking for a way forward.

At a board workshop earlier this month, some board members made the case for a policy change that would extract public comment from the streamed meeting entirely.

People could still show up and speak before the board, but that portion of the meeting (which would technically be a separate meeting under a revised policy being considered) wouldn’t be uploaded to YouTube.

Board member Jamie Borgman argued public comment was how teachers made their voices heard during fraught union contract negotiations, and how Shawnee Tribe Chief Ben Barnes spoke out against some schools’ now-retired mascots that played off Native American stereotypes.

“We’re putting all of our eggs in this YouTube basket,” said Borgman. “We want to ditch public comment because we’re afraid our meetings are going to get pulled from YouTube, but I think we need to look bigger.”

She’s advocating that the district move to a third party platform to stream its meetings. But that would come with a price and could mean losing the space to archive 10 years of district videos, along with leaving the ubiquitous social media channel.

At the June workshop, board members were split on whether to stay with YouTube or leave. They’ll likely broach the issue again at the regular board meeting on Monday, June 28, and again in July.

“I do not want to see us let a small group of people with some medical misinformation deprive our entire community of seeing what kind of comments are coming before this board,” said board member Jessica Hembree. “That’s important.”

Abigail Censky is the political reporter for the Kansas News Service. You can follow her on Twitter @AbigailCensky or email her at abigailcensky@ kcur.org. 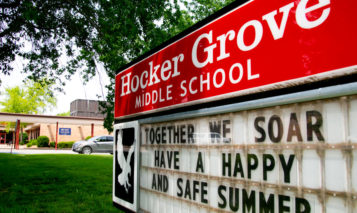 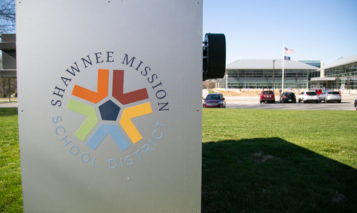 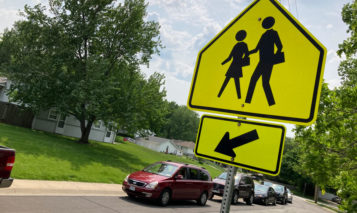 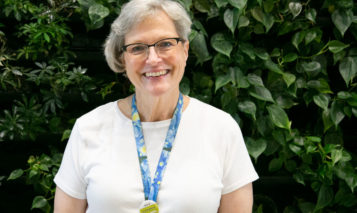