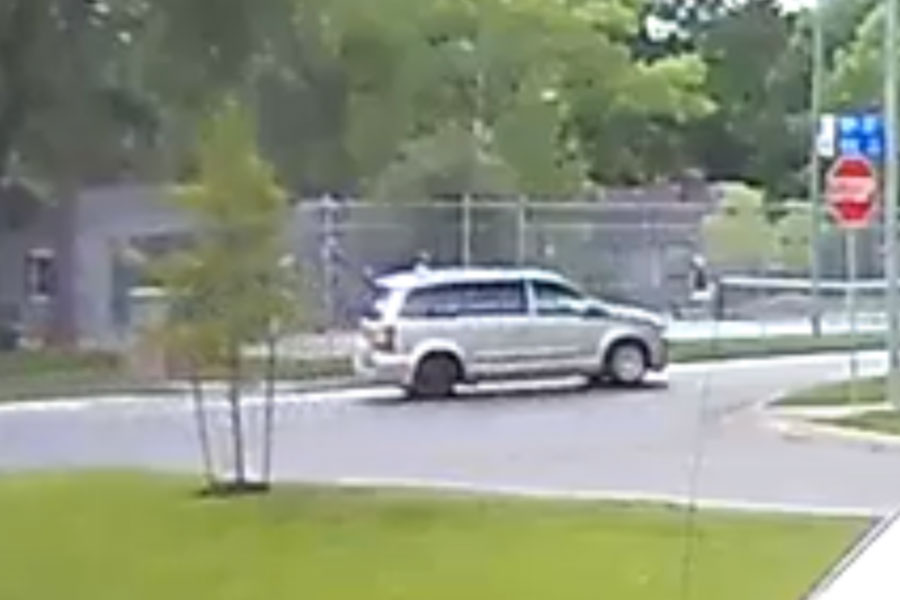 Prairie Village Police say they are asking for the public's help in locating a gold Chrysler minivan (above) allegedly involved in a shooting near 69th Street and Roe Avenue Sunday evening. Police released the above still image of the minivan on Monday.

Prairie Village Police are asking for the public’s help in locating a gold Chrysler minivan allegedly involved in a shooting Sunday night.

Investigators released a still image of the vehicle Monday morning. The van is gold colored and has a missing rear hubcap on the passenger’s side.

Prairie Village Police say they are looking for two suspects after gunshots were fired between two vehicles on Roe Avenue Sunday evening.

Nobody was injured, and police said they believed there was no ongoing danger to the public.

One of the vehicles, a gold Chrysler minivan, fired multiple shots at the second vehicle, according to police, and then sped away.

The second vehicle was hit once, and nobody was injured.

Police say the gold minivan was described as having temporary Missouri tags and a missing hubcap on the rear passenger side.

The suspects were described as two men, one white and one Black.

On Sunday night, Prairie Village Police tweeted that they believed there was “no danger to the public at this time.”

Earlier tonight, PVPD responded to a rolling disturbance between vehicles involving gunshots fired. Fortunately, no one was injured and we are actively investigating the incident. We wanted to let you know that there is no danger to the public at this time.