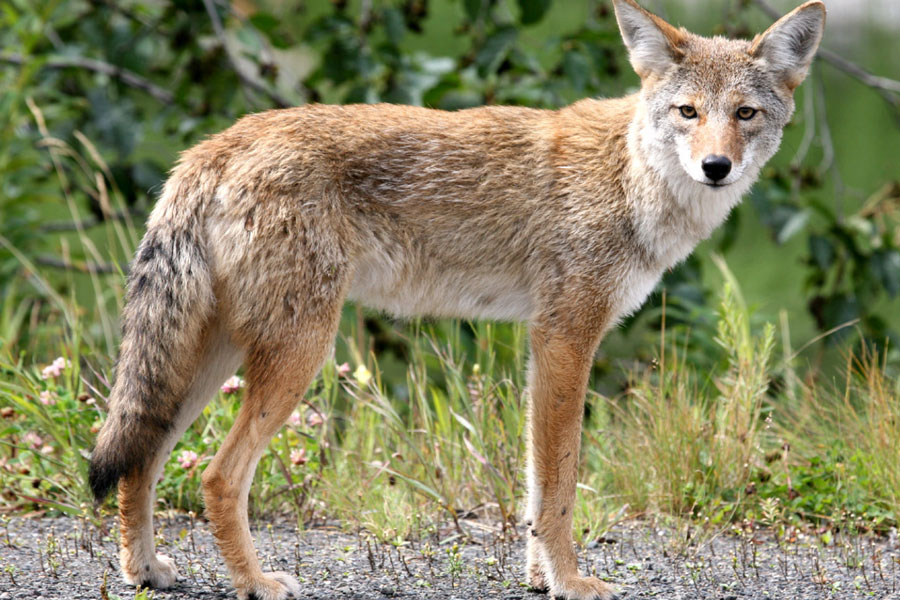 A number of coyote sightings have reportedly occurred in recent weeks in Johnson County.

There have been reported sightings in Shawnee, as well.

It is not uncommon for wildlife to to live in urban and suburban areas.

Local wildlife officials are aware that coyote encounters have been occurring within Johnson County and the greater Kansas City region.

“Sometimes we just get a coyote that more people see. we’ll get a lot more calls and people who are aware that we have urban coyotes. But this isn’t exactly a new phenomenon,” Juju Wellemeyer, an agent for K-State Research and Extension in Johnson County.

While coyotes are active year round, the change in season allows more opportunities for them to hunt as smaller animals become more active during the summer.

Coyotes generally don’t attack people but remain a “top-tier predator” in this region according to the Kansas Department of Wildlife, Parks and Tourism.

Experts encourage residents to seek information and education about the proper steps to take in case of a wildlife occurrence.

Residents can visit or contact the Ernie Miller Park and Nature Center in Olathe or the K-State Research and Extension office to speak to a wildlife expert.

Why is this occurring?

Johnson County is growing, and has human activity expands, it’s more likely that residents will encounter wildlife, like coyotes, in or close to their natural habitats.

As the county’s population has boomed over the past few decades, many species — especially coyotes — have learned how to coexist with humans, say local experts.

“And as we expand, we’re expanding into wildlife habitat so coyotes actually have been around the city for many, many years. And these interactions aren’t new,” Wellemeyer said.

Coyotes generally prey upon rabbits and rodents but fruits are also part of their diet.

Open trash containers can also attract coyotes closer to a residence or home.

Wildlife experts urge residents to make sure their trash receptacles are covered in order to prevent scavenging.

Are coyotes dangerous to me or my pets?

Coyotes generally avoid humans, but if you do encounter one that seems aggressive, wildlife experts recommend you try to make yourself look larger.

Spread out your arms and legs. You may also try throwing rocks in the coyote’s direction without hitting it in order to dissuade the animal from approaching you more closely.

“If you do encounter a coyote, the best thing to do is try and scare it away, so that it doesn’t think that humans are something friendly. You want to try and startle it so make yourself big and loud. Try to get it to move on,” Wellemeyer said.

Make sure to bring small pets inside at night because that’s the time coyotes are most active.

Also, take any pet food inside to avoid attracting coyotes to your home.

Still, coyotes can be active during the day, but that’s not necessarily cause for alarm.

Overall coyotes and other wildlife are only here to coexist with residents of Johnson County.

Officials say observing or watching wildlife from afar can be beneficial and educational but under no circumstances should anyone attempt to pet or feed wildlife.

“All we can do is attempt to live in harmony with our human and wildlife neighbors. Remember, they were here first, and we are the newcomers to the neighborhood,” Wellemeyer said.