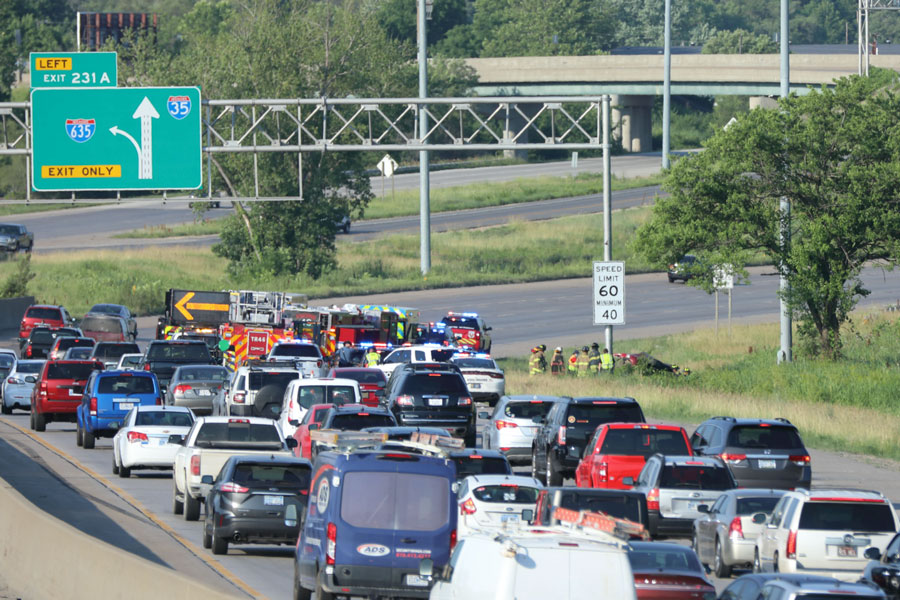 Firefighters from Overland Park and Consolidated Fire District No. 2 can be seen on the side of I-35 in Overland Park as they work to extricate a man from an SUV which crashed Thursday evening. The man was successfully extracted and rushed to a local hospital in serious condition. Photo credit Mike Frizzell.

According to the highway patrol’s crash log, the man was driving a 2008 Nissan Pathfinder northbound on I-35 just north of Antioch Road when he lost control at about 6 p.m.

Firefighters from Overland Park and Consolidated Fire District No. 2 responded and worked for about 40 minutes to remove the man from the vehicle, which had come to rest on its side.

Rescuers had to cut open the roof of the SUV in order to safely extract the man.

Troopers say no other vehicles were involved in the crash. The driver was wearing a seat belt.

The wreck caused a major backup of northbound lanes along I-35. All lanes of the interstate reopened by about 8:25 p.m. Thursday.