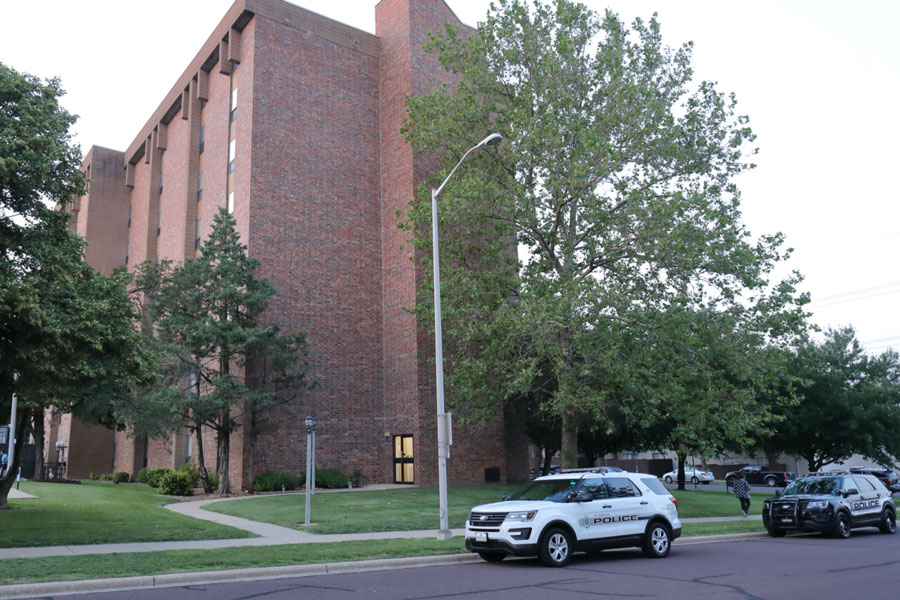 Overland Park police officers responded to the Overland Towers Apartments on Farley Street just after 7 p.m. Wednesday and quickly detained a man who had called investigators, saying he shot someone who had allegedly attacked him. Photo credit Mike Frizzell.

A man in his mid-30s was rushed to an area hospital after being shot multiple times during a disturbance Wednesday evening in Overland Park.

A man called 911 to report he had shot someone who allegedly attacked him. Other callers in the building reported hearing 5 to 6 gunshots.

The same radio traffic indicates officers arrived and quickly detained the shooter on the fourth floor of the eight-story building. Other officers began first-aid on the shooting victim just down the hall.

Johnson County Med-Act confirms they transported a shooting victim to an area hospital in stable condition.

An Overland Park Police Department sergeant at the scene confirmed they were investigating a shooting, and one person suffered non-life-threatening injuries.

That sergeant said he was unable to confirm any further details until he talked to detectives.