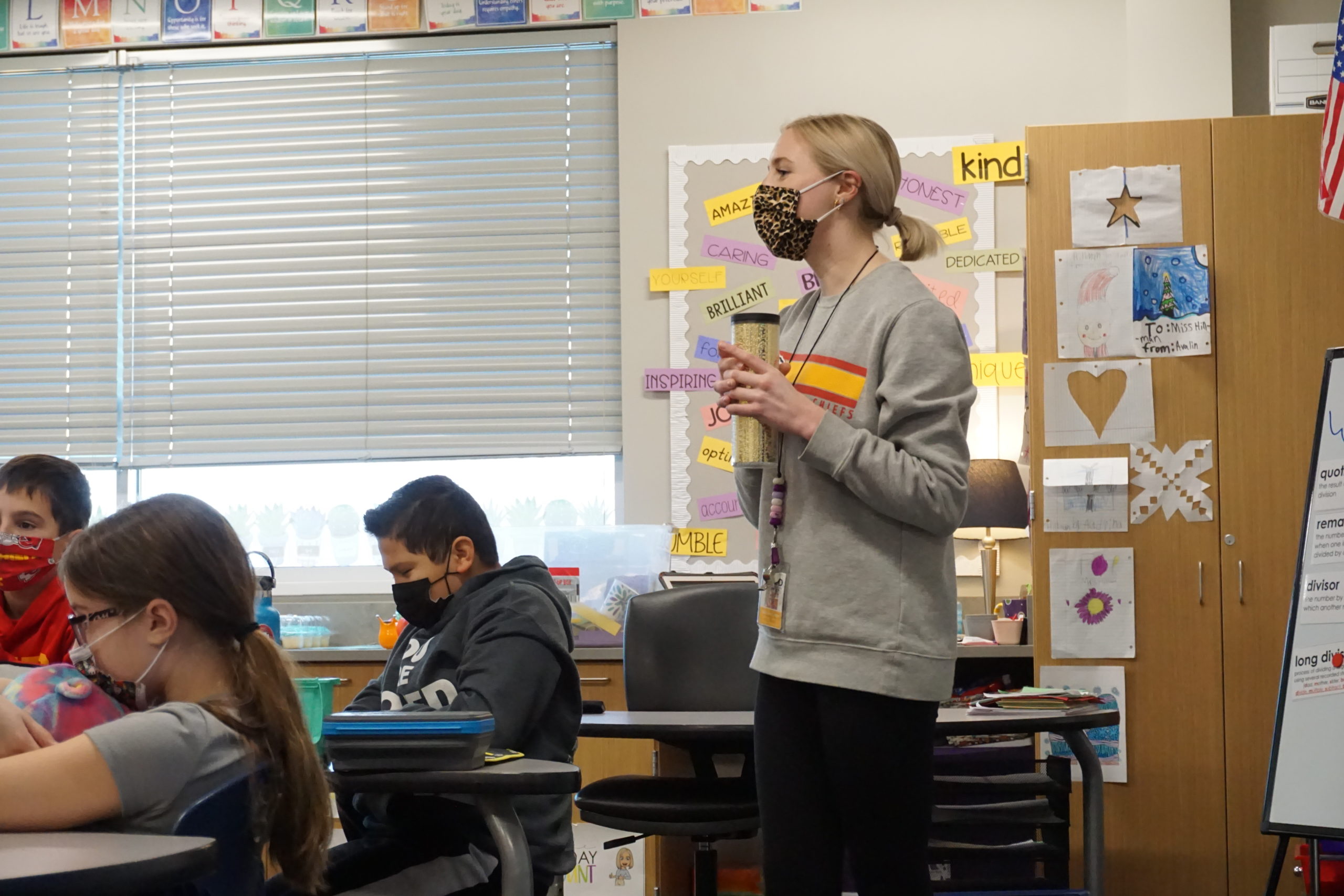 The interest-based bargaining team for the Shawnee Mission School District and its teachers announced on Thursday the parties had come to terms on a contract for 2021-22. Above, an elementary school classroom at Rhein-Benninghoven Elementary. File photo.

The Shawnee Mission School District and the National Education Association – Shawnee Mission announced last week that they had reached an agreement on a teachers’ contract for the 2021-22 school year.

Why it matters: This year’s negotiations were being closely watched in the aftermath of the district’s move to issue a three-year unilateral contract in 2020 after talks with the teachers union broke down over compensation and work load. Years two (2020-21) and three (2021-22) of that contract were ultimately tossed out by the Kansas Department of Labor, which agreed with the union that the district’s attempt to impose a multi-year contract on them denied them their guaranteed right to negotiate.

This year’s process: In an effort to avoid some of the conflict that had derailed negotiations in early 2020, the union and the district agreed to have a federal mediator involved from the beginning of negotiations for both the 2020-21 and 2021-22 school years. The “interest-based bargaining” approach used by the federal mediators seeks to identify and secure “mutual gain outcomes” as opposed to having the parties take adversarial positions. The shift to an IBB approach also meant the parties began working on the 2021-22 contract in August 2020 and held monthly meetings throughout this past school year to work toward a professional negotiated agreement.

The outcome: The negotiated agreement for teachers for 2021-22 includes a 1.45% increase to the salary schedule (base, step and column) as well as an increase in the employer-paid portion of the health insurance premium by 4.2% (equivalent to $36 per month). Last year’s contract included a 1.4% increase to the salary schedule and a 7.8% increase in the district’s contribution to teachers’ health insurance premiums.

The unilateral contract initially adopted by the board last year would have provided the following base salary increases:

So teachers ultimately got a slightly larger raise last year than they would have under the unilateral contract, but a slightly smaller one for next year.

This year’s agreement also includes $600 retention payments for many teachers.

NEA-Shawnee Mission will put the contract before members for a ratification vote in August.