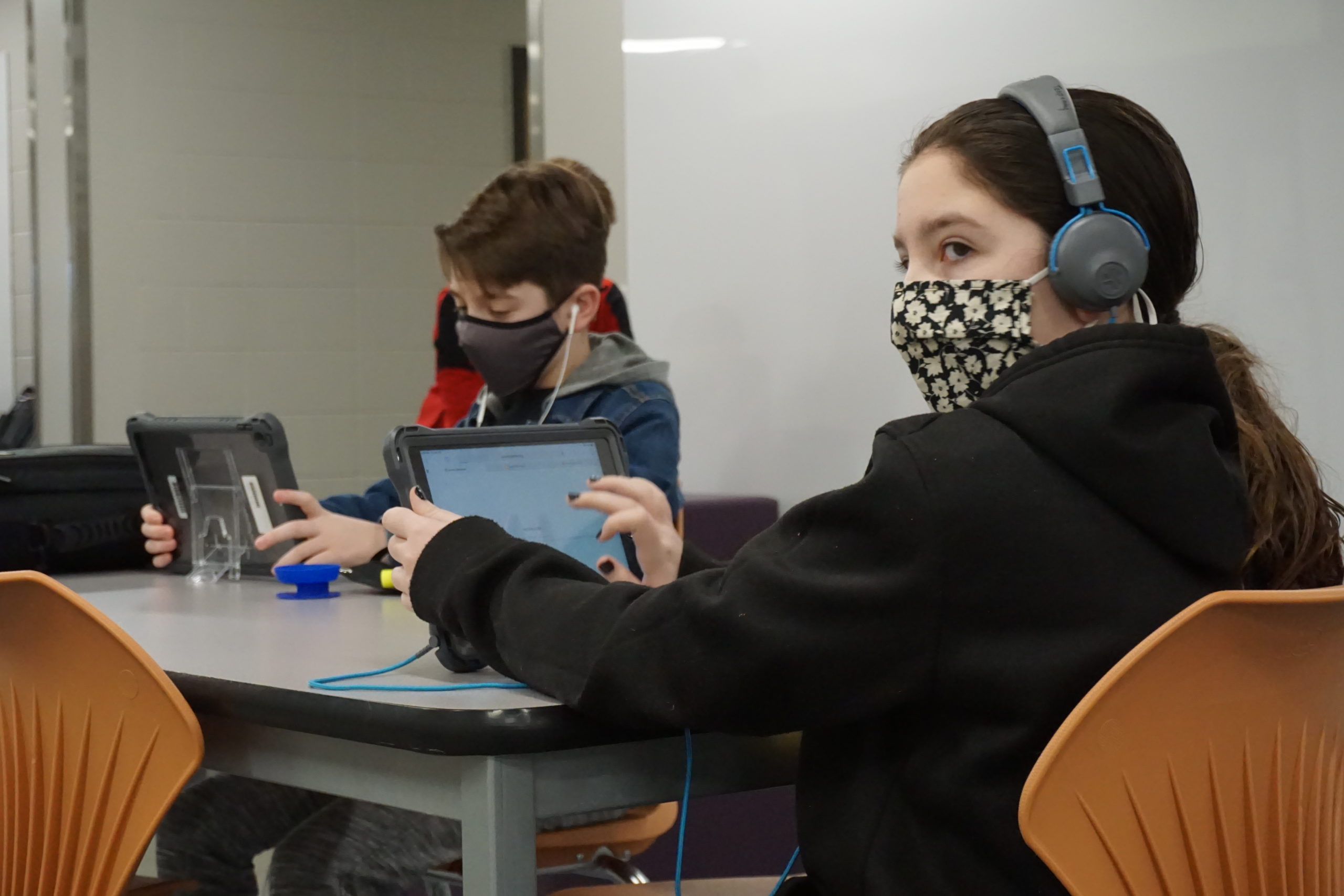 A Johnson County judge sided with the Shawnee Mission School District after two parents sued the district for not holding a public hearing regarding their complaints about the district's mask policy this past school year. In his order, the judge raised larger concerns about the constitutionality of SB 40, a state law passed this spring that allows citizens to challenge local governments' COVID-19 restrictions. File photo.

A Johnson County judge has sided with the Shawnee Mission School District in a lawsuit brought by two parents who sued after they were denied a public hearing to challenge the district’s rule that masks be worn inside school buildings. On Thursday, Kansas Attorney General Derek Schmidt’s office said it planned to respond to the judge’s order to “intervene” on SB 40, the bill that created the mechanism for parents to make such complaints.

Why it matters: It’s the latest blow against ongoing efforts to overturn Johnson County public school districts’ mask rules, many of which have now been rolled back or modified following the end of the 2020-21 academic year.

Going forward: The parents who brought the lawsuit now have 10 days to present additional evidence to show the negative impact of the district’s mask policy on their children or their case will be dismissed, Hauber said.

They were concerned that wearing masks were causing their children “psychological harm” at school and that their kids felt forced to wear masks in order to fit in and not be ostracized.

A state law, Senate Bill 40, passed by Kansas lawmakers this spring, lays out a process by which families, students and staff can challenge local school districts’ COVID-19 restrictions.

In an email May 6, Superintendent Mike Fulton said, in part, that since SMSD’s mask policy had been in place long before SB 40 was passed, Butler’s and Bozarth’s complaints were not timely, and he denied their requests.

Hauber noted that Butler and Bozarth had already aired their grievances about the district’s mask rules publicly at school board meetings prior to filing their request for a hearing.

He also pointed out that Butler’s children were granted individual exemptions from wearing masks and that Bozarth could have obtained an exemption for his child at Hocker Grove Middle School but chose not to.

“In every respect, then,” Hauber wrote, “it is apparent that the focal objective of the ‘aggrieved decision’ is not the email [from Fulton] but the [mask] policy that is almost eleven months old. Plaintiffs essentially object to the continuation of the policy and contest the original criteria for the original masking requirement.”

Hauber asked Kansas Attorney General Derek Schmidt to weigh in on the “significant constitutional problems” raised by the law, which has prompted a number of public hearings over the past two months in local school districts.

Hauber noted his concerns about the accelerated timeline for hearing complaints mandated by the law.

Complainants can then sue in district court if they take issue with what the district decides following a hearing.

“In other words,” Hauber wrote, “SB 40 tips the scales of justice towards the plaintiff as a judicial goad.”

Hauber asked Kansas Attorney General Derek Schmidt to “appear to intervene and be heard on this matter.”

In a response to the Post’s request, SMSD spokesperson Kristin Babcock wrote via email:

The district was happy to see that Judge Hauber agreed with the district’s position that because mask requirements had been in place since summer of 2020, Senate Bill 40 cannot challenge that requirement. The district agrees with Judge Hauber’s assessment that Senate Bill 40 is highly problematic and infringes on the designated powers of Kansas School Districts and the Kansas Court system. He recognized that the legislature improperly denied due process to school districts that are doing their best to navigate through a difficult and unprecedented public health emergency.

We strongly disagree with the assertion that masks are in any way harmful to students. Procedures are in place for any student who needs a mask exemption due to a medical condition.  The Shawnee Mission Board of Education has not made any changes to its reopening resolution or adopted any policies in response to COVID-19 since July of 2020.

Likewise, Bozarth responded to the Post’s request for comment and left open the possibility of pursuing further legal action.

“It appears a path forward in this particular case may be quite difficult,” he wrote via email. “On deciding to move forward with this case I think it would be wise to consult an attorney about possible options.”

He also said he hoped Schmidt would weigh in on SB 40.

Here is the rest of Bozarth’s statement:

SB40 was a well intentioned law attempting to give citizens an expedited option to challenge restrictive and controversial policies schools, local governments, and the governor are imposing on us citizens. For me personally, it was the best option to bring to light serious issues, in a quick and less expensive way. Unfortunately there are many others like me who believe these restrictive COVID policies are creating more harm than good and don’t have the resources or opportunity to challenge it.

I’m disappointed the basis for my and other vested citizens’ SB40 issues is not the discussion. The focus has been on how SB40 was written and not what it is for. Perhaps Mrs. [Kristin] Butler and I pursued the wrong legal avenue. However, our argument is very legitimate and that should be the issue that is front and center. We believe federal statutes and constitutional rights are blatantly being violated. We also contend a parent is who decides what their child’s medical treatment should be, not a superintendent and not a governor. Sadly, we can’t even make an argument because we cant get past issues like standing and time frames.

My hope is Attorney General Derek Schmidt will weigh in on this case. SB40 may have not provided the opportunity we hoped for, but it would be wonderful if the AG could bring this into the public spotlight. Once again, we need to be able to question whether or not schools and local government have seized too much power, and have ignored funded rights.

Regardless of moving forward with this specific suit, I will continue to advocate my position, whether it be through the courts or though activism. I will continue to oppose policies that I believe are harming my kids and my way of life. The best thing any of us can do is to get involved, speak up, and reach out to board members, councilmen, and lawmakers.