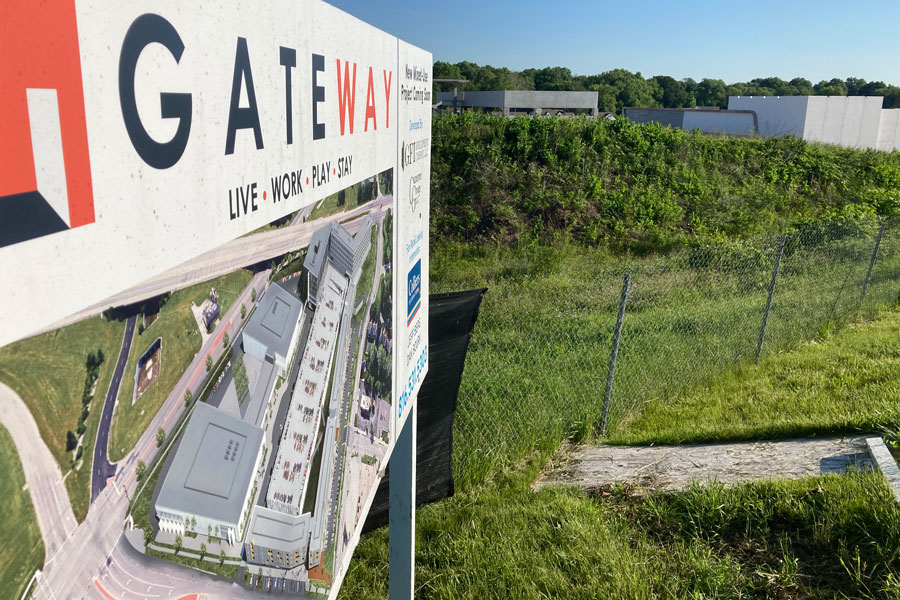 Mission Gateway’s taxes have been paid, saving the development deal for the long-anticipated project, at least for now.

More than $350,000 in delinquent states taxes for the development at Johnson Drive and Roe Boulevard are now paid in full, according to the lead developer and Johnson County records.

Lori Sand, the county’s senior public information officer, confirmed with the Shawnee Mission Post that taxes on all parcels owned by the entity Aryeh Realty have been paid in full.

It emerged last month that the developers had failed to pay annual real estate taxes by a May 10 deadline.

The amount past due was $356,000. The delinquent taxes threatened to scuttle developers’ agreement with the city of Mission, which warned it could pull the deal if the taxes went unpaid after 60 days.

That would have thrown the project, which has suffered through more than 15 years of delays, into deeper turmoil.

Now, Valenti says he’s hopeful that financing for the project — which is what’s causing a hold-up in construction on the site — will be secured soon.

“Hopefully we have some financing alternatives that come to fruition soon, and will be back before the city council in the near term,” Valenti said. “I can’t give any estimates for that until we have a little firmer commitment from our financing sources.”

When will constructions restart?

Mission city officials confirmed that a 60-day deadline they had given Valenti to pay the delinquent taxes has now ended following the June 4 payments.

For his part, Valenti made a football analogy when asked for comment by the Shawnee Mission Post this week following the payment of the late taxes.

He said there have been too many times when Mission Gateway was on the “one-yard line, but it never seems to make it to the end zone.”

The project has been bedeviled by broken promises and delays for more than 15 years, to the growing frustration of residents and city officials alike.

Still, Valenti declined to comment on the specifics of the future financing alternatives.

Construction has been on hold for more than a year now due, in part to pandemic-related shutdowns and work at the site remains on hold.

Valenti also did not offer an estimated time frame for work to begin again but said they are committed to finishing Mission Gateway.

Cameron Group LLC purchased the site of the former Mission Center Mall at the busy confluence of Johnson Drive, Roe Boulevard and Shawnee Mission Parkway in the early 2000s.

Developers have submitted plan after plan for two decades, but no project has been completed at the site since the mall was demolished in 2005.

Currently, an unfinished hulk of a building that is ultimately intended to house a large entertainment complex (based on current plans) sits on the vacant site.