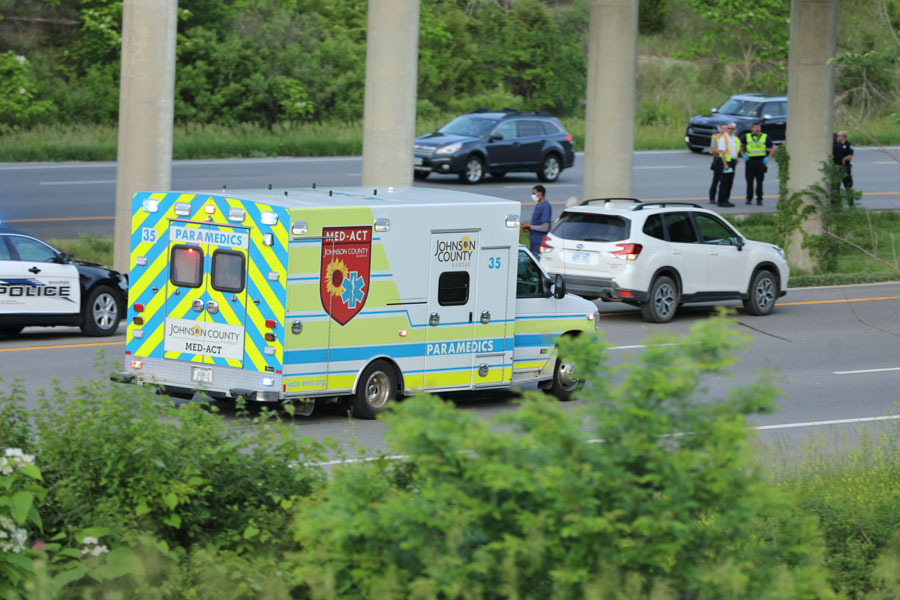 A man was rushed to an area hospital following a motorcycle crash on southbound Interstate 435 in Shawnee on Sunday evening.

Police, firefighters and paramedics were called to the southbound lanes near the Renner Road bridge at 7:33 p.m. Firefighters responded from the Shawnee and Lenexa fire departments.

Recorded radio traffic indicates that a witness reported the motorcycle was trying to pass a car by using the shoulder, when the rider hit gravel and lost control.

The motorcycle came to a stop in the grass median.

Johnson County Med-Act transported the man, who is identified as being about 60 years old, to Overland Park Regional Medical Center in critical condition.

Three officers from the Shawnee Police Department’s Traffic Safety Unit were called in to investigate the crash.

All lanes of I-435 reopened by about 11:20 p.m. As of Monday morning, police had not released any details about the crash.

Anyone with information about the crash can contact the Shawnee Police Department at 913-631-2150. 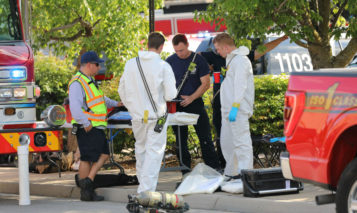 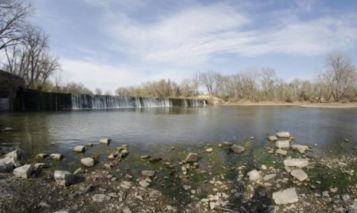 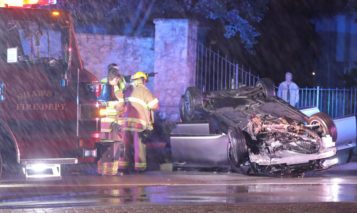 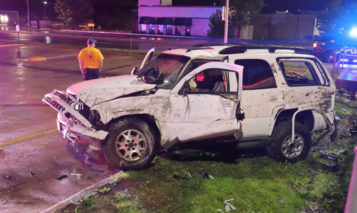