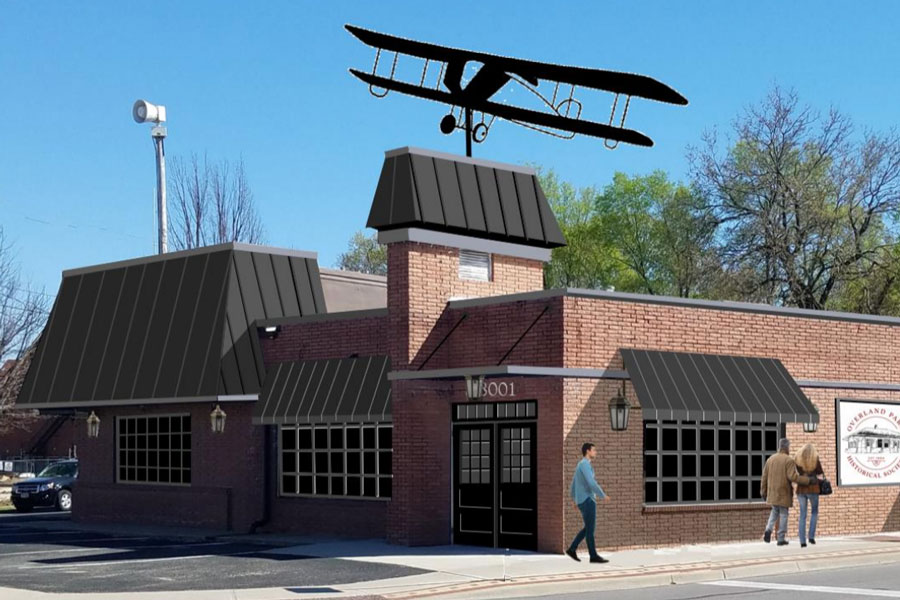 The Overland Park Historical Society wants to renovate the old Strang Line Depot at 8001 Santa Fe Drive to make it into a museum and the society's headquarters. Their plans including restoring one facade of the original depot and adding a metal biplane ornament to the top as an homage to the city's former airfield. Above, a conceptual rendering of the design. Image via Overland Park Historical Society.

A plan to renovate the old Strang Line Depot building in downtown Overland Park is coming into clearer focus.

Leaders of the Overland Park Historical Society this week presented to a city council committee their proposal to refurbish the structure at 8001 Santa Fe Drive into a museum and headquarters.

Their plans include restoration of one of the original depot’s facades, the addition of a trolley car replica nearby and the mounting of a metal biplane ornament on the roof of the building.

But first, the society hopes to get $100,000 annually from the city for the next five years to help raise some of the $2.78 million the project will cost.

When completed, the 4,200-square-foot building — which was most recently home to a paint and tile store — would become the permanent home of the society’s museum.

A renovated depot would also include a place for archives, an educational resource center and meeting rooms available to outside groups. It also would provide space for exhibits now on display at the Johnson County Arts and Heritage building.

The historical society bought the building in 2019 and the group’s lease for the space expires next year.

The society members hope to have the renovation project completed a year from now and have already begun fundraising, White said.

The group has some of its own funds to start the initial phase to stabilize the building. But, he said, city funds are needed to secure a matching pledge from one prospective donor and to raise more interest from others.

The $500,000 from the city plus other donations would bring the budget to about $2 million, White said. The organization would go to the general public for the additional $780,000.

A nondescript building in downtown

Buying the building two years ago was a “lifelong goal” for society members.

The depot, built in 1906, was the jumping off point for the old Interurban Railway connection with Kansas City, Mo., and was the first commercial building in Overland Park.

However, its historical significance is not apparent to the casual observer from the outside because it has been added onto and bricked over in the past few decades, with much of the original depot’s structure still entombed inside.

The society wants to restore the western façade of the original depot to its 1906 condition, said Moore.

A scale replica trolley car would be put on display nearby. The iron biplane on the roof would be an homage to the city’s former airfield, built by William B. Strang. The airfield was the first of its kind in the area.

Committee members Faris Farassati and Curt Skoog, who are both running for mayor this year, expressed interest in helping the society see the project through. Skoog said he’d like to see the city participate somehow and Farassati said he supported the amount the group is asking.

City staff members will now begin looking at how the proposal could be included in the next budget, which is still being written. 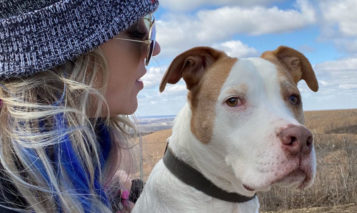 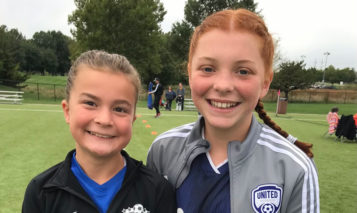