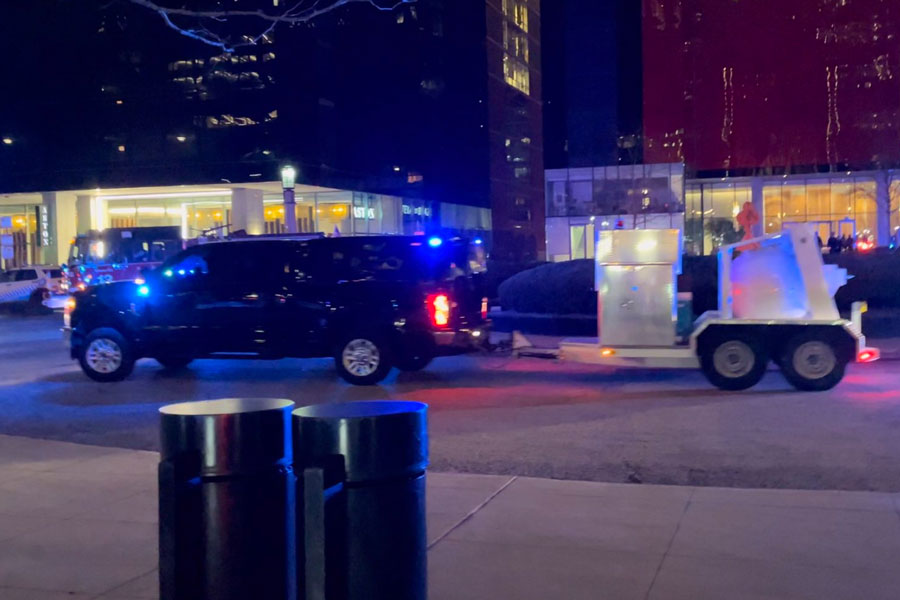 A Chicago Police squad hauls away potentially hazardous materials from a downtown Chicago apartment following an investigation into the death of Theodore Hilk, 30, a Shawnee native whose body was discovered March 23. The Cook County Medical Examiner has determined Hilk died of an accidental overdose of lidocaine. Image via Chicago Police Twitter account.

Investigators have determined that Theodore Hilk, a 30-year-old Shawnee native whose body was discovered in March in his high-rise apartment in downtown Chicago, died of an accidental overdose of lidocaine, a drug typically used as an anesthetic in dental procedures.

Hilk, whose body was found March 23, had nearly 100 times more lidocaine in his system than a dentist would typically use to numb a person’s mouth, a medical examiner spokesperson told the newspaper.

Other chemicals were found in Hilk’s apartment, characterized at the time by Chicago Police Superintendent David Brown as “bomb-making materials and substances”.

Brown said investigators found the chemicals “thrown throughout the apartment” and not organized in any discernible way.

A police report says the chemicals could have been part of a “clandestine lab used for producing illegal narcotics,” the Tribune reports.

Hilk’s body was found after Chicago Police went to his apartment in the Streeterville neighborhood of Chicago after being contacted by Hilk’s family, who said they had not heard from Hilk in several days.

Hilk’s father drove to Chicago, according to Brown, to meet investigators and went to Hilk’s apartment with police officers.

Investigators entered Hilk’s apartment to discover his body, which appeared to have been there for some time, according to Brown.

Brown said a “strong odor was emanating from the apartment” and several officers became sick while there.

KCTV 5 reported in March that Hilk was remembered for his time at Mill Valley High School as being an academic star who earned a perfect score on the ACT and went on to attend the Massachusetts Institute of Technology.

Former Mill Valley principal Joe Novak told the Tribune in March that Hilk was a “very conscientious student” who finished in the top 10% of his graduating class.