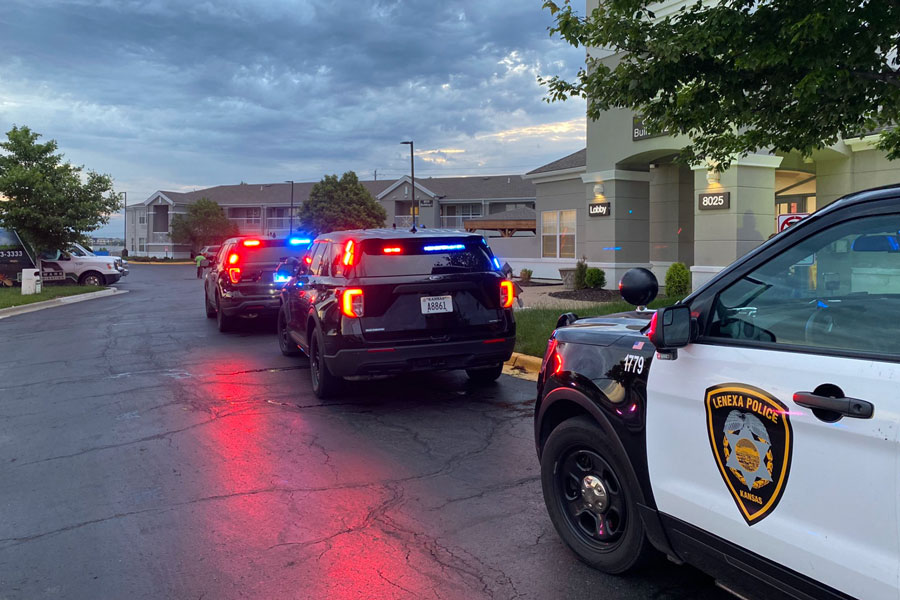 Lenexa Police Chief Dawn Layman on Thursday made public more details in the fatal police shooting of a Tennessee man at a hotel Tuesday morning.

Darren Dejuan Chandler, 34, of the Nashville, Tenn., area, was shot and killed after investigators say Chandler fired on officers as they were trying to enter a first-floor room at the Extended Stay America hotel at 8015 Lenexa Drive, just off Interstate 35.

Officers had been called to the hotel just after 5 a.m. that morning after multiple hotel guests reported a “physical disturbance” between a man and woman in the room.

On Thursday, Layman released a statement giving more details about the moments leading up to Chandler’s death, provided by the Johnson County Officer Involved Shooting Investigation Team, which is investigating the incident.

Layman went on to say she had been in “ongoing contact” with Chandler’s family and offered “sincere condolences to them for the loss of their loved one.”

The county’s officer involved shooting investigation team, or OISIT, made up of representatives from law enforcement agencies across Johnson County, is now leading the investigation into the shooting.

Layman said Lenexa’s representatives on the team are not participating, as is standard practice when one agency’s officers are involved in a shooting.

She added that OISIT investigators will be given access to police reports and officers’ body cam footage and will be allowed to interview anyone involved in the incident.

“I can assure you that our full cooperation with the OISIT is happening in this case, and will continue to happen until the investigation is concluded,” Layman said in her statement.

The officers involved in Tuesday’s incident have been put on administrative leave.

Before Layman’s statement on Thursday, The Miller Dream, LLC, a group that organized demonstrations last summer in Johnson County following the death of George Floyd in Minneapolis, called for more transparency in the Chandler shooting.

The group, in a statement Wednesday, called it “horrifying” that Chandler was killed on the one-year anniversary of the murder of Floyd, who died after now-former Minneapolis police officer Derek Chauvin knelt on his neck for nearly 10 minutes. (Chauvin was later convicted of murder.)

“It is important that [the Lenexa] department is transparent with the citizens in Lenexa as transparency leads to accountability to your trainings and the actions of your officers,” The Miller Dream, LLC, said in its statement.

In her own statement, Layman said the OISIT would handle the investigation and submit their findings to Johnson County District Attorney Steve Howe.

“Ultimately, it is the District Attorney that makes the determination as to whether this officer-involved shooting was legally justified,” Layman said.

That process, she said, could take several weeks and that the results of the OISIT investigation would be made public.