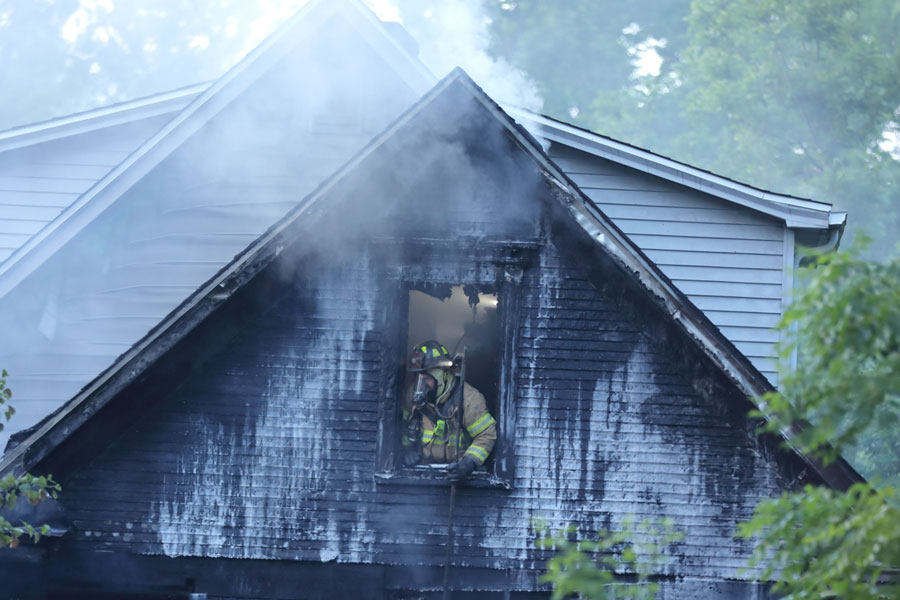 Shawnee firefighters working on the second level of a home along Johnson Drive, searching for hotspots. Investigators have not released a suspected cause of the fire yet, but they say multiple pets are unaccounted for. All humans escaped safely. Photo credit Mike Frizzell.

Investigators are working to determine the cause of a fire that left an eastern Shawnee home significantly damaged Tuesday evening.

Firefighters from Shawnee, Overland Park and Consolidated Fire District No. 2 were called to the home at 10606 Johnson Drive, adjacent to Hocker Grove Middle School, just after 8 p.m.

Callers to 911 reported a fire on the front of the house with pets still inside.

He described the house as containing “heavy contents,” a possible hoarding situation.

Firefighters had the fire under control in about 20 minutes. Two searches of the home confirmed that all humans had escaped safely.

Sands says multiple cats were unaccounted for following the fire.

Johnson County Med-Act Paramedics transported one firefighter to a nearby hospital with a minor leg injury sustained at the scene.

Johnson Drive was closed between Goddard Street and Stearns Street until about 10:30 p.m.

A damage estimate has not been released, and the cause of the fire remains under investigation.

This story will be updated with more details as the Post receives more information. 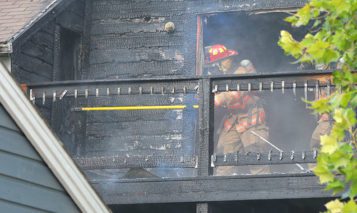