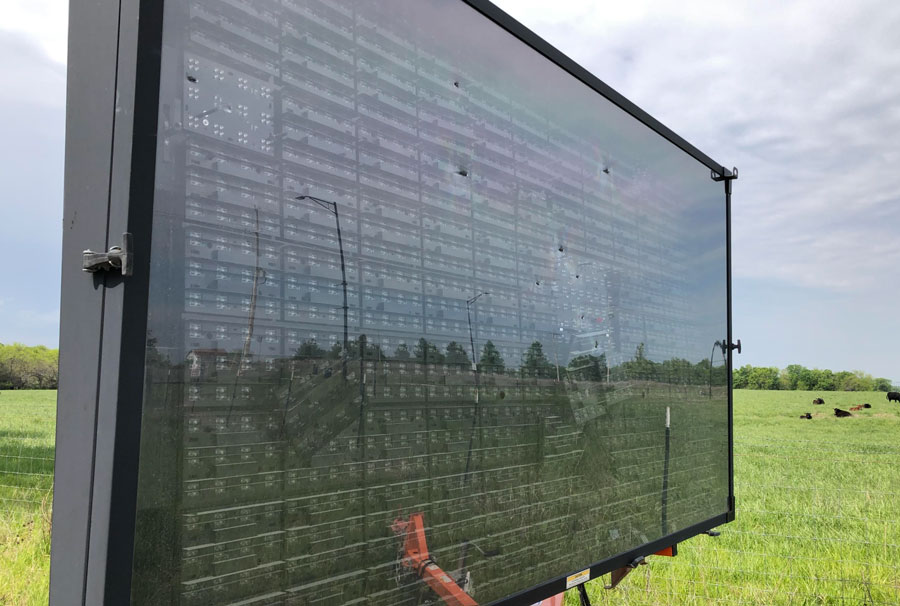 An electronic signboard riddled with bullet holes near Edgerton is one of a number of pieces of equipment damaged in two separate acts of vandalism over the past two months on property owned by Missouri-based NorthPoint Development. The company has plans to build a 9.8-million square acre tract of warehouses nearby. Photo courtesy Johnson County Sheriff's Office.

Investigators are offering up to $27,000 as a reward for information that leads to an arrest in connection with two acts of vandalism near the site of a controversial warehouse development outside Edgerton.

In the first incident on April 11, vandals stole signs from a construction site and left five raccoon carcasses on the steps of a project site trailer. There was also evidence of gunfire, according to a Greater KC Crime Stoppers press release.

Both incidents took place near Logistics Park Kansas City, a vast shipping and rail hub that’s a major center for employment and commerce in southern Johnson County and the Kansas City region.

NorthPoint Development, based in Riverside, Mo., wants to expand Logistic Park’s reach southward by adding hundreds of acres of new warehouses between 199th and 207th Streets.

The company won approval last month from the city of Edgerton to rezone several parcels of land to clear the way for the warehouses, which are set to total nearly 10 million square feet.

NorthPoint says the project will add thousands of jobs to the region, but the plan has garnered heated opposition from neighboring residents, who say the increased traffic and noise will ruin their rural way of life.

They’ve also accused the city and NorthPoint of not being transparent about the development or the process to annex and rezone the land.

The Johnson County Sheriff’s Office says NorthPoint and an anonymous donor have made financial contributions to increase the reward amount to $27,000.

In a statement to the Shawnee Mission Post, NorthPoint spokesperson Patrick Robinson said it was a matter of public safety.

“The construction site is close enough to residences that we were concerned that bullets missing their intended construction targets could end up in adjacent backyards and harm our neighbors,” Robinson said in an email. “Participating in the reward is the right thing to do.”

“Also, given that this is the second incident, we are concerned with the escalation of property damage and want to apprehend the responsible individuals before it escalates further,” he added.

Random gunfire is not an unprecedented problem in that part of southern Johnson County.

Those with potential tips regarding the vandalism near Edgerton are asked to call the Greater Kansas City Crime Stoppers at 816-474-TIPS or online at kccrimestoppers.com.

Tips can be left anonymously. 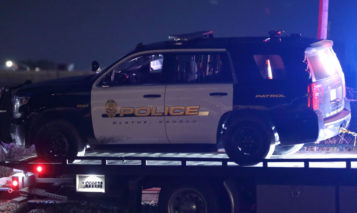 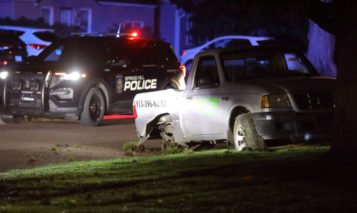