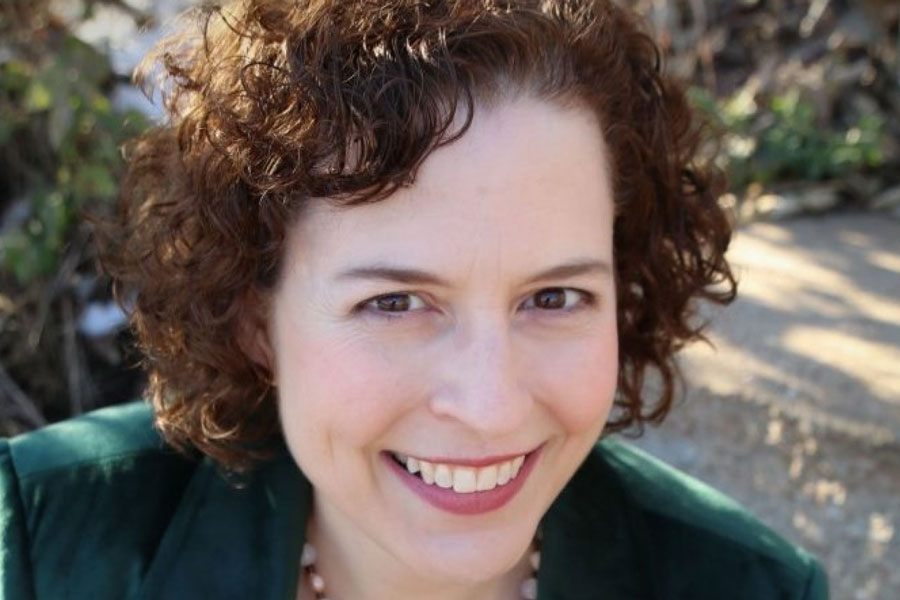 Lenexa-based author Elizabeth C. Bunce's Myrtle Hardcastle Mystery Series is having a moment. It won a coveted Edgar Award this year and is up for two more prestigious prizes. Photo courtesy the author.

Accolades are rolling in for writer Elizabeth C. Bunce, of Lenexa and “Premeditated Myrtle,” the first book in her Myrtle Hardcastle Mystery Series.

These days, the word is spreading by means of literary award announcements.

Editors, publishers and the marketplace, Bunce says, are “looking for a magical combination of familiar, but new. So, something that’s like everything that you love, but with a twist. And so I think I just happened to hit that right note with Myrtle.”

Her first book, “A Curse Dark as Gold,” a retelling of the Rumpelstiltskin fairy tale, won the American Library Association’s inaugural William C. Morris Award in 2009 for a debut in the young adult category.

She adds, “It’s her navigating this world as an adolescent Victorian girl and solving murders along the way.”

The novel has earned recognition from organizations ranging from the Mystery Writers of America to the Society of Midland Authors, which honors writers with ties to 12 Midwest states, including Kansas and Missouri.

“With clever humor and sparkling wit,” the SMA judges wrote, “Bunce … keeps the pace moving, turns up unexpected surprises, and keeps her audience eager for more clues to be unraveled in future installments.”

The next installment in the series, “Cold-Blooded Myrtle,” is scheduled for release in October. And Bunch says she just turned in a fourth book, “In Myrtle Peril,” scheduled for publication in 2022.

“They are the most fun books I’ve ever written,” she says, “It’s just a delight to be in that world. So, hopefully, we’ve got a ‘forever series,’ as my editor likes to call it.”

The 75th Annual Edgar Awards ceremony on April 29 was virtual, like many other events during the coronavirus pandemic. Bunce says her speech featured a photobomb from her cat, Quincy.

“One of my cats walked on screen and sat there next to me while I was giving my speech as if he was accepting the award on my behalf as well,” she says with a laugh. “And so that made a really fun moment, but wouldn’t happen at a live award ceremony.”

More awards could be heading Bunce’s way. The Agatha Awards ceremony is scheduled as a virtual event on July 17 and the Anthony Awards ceremony will take place in New Orleans on August 28.