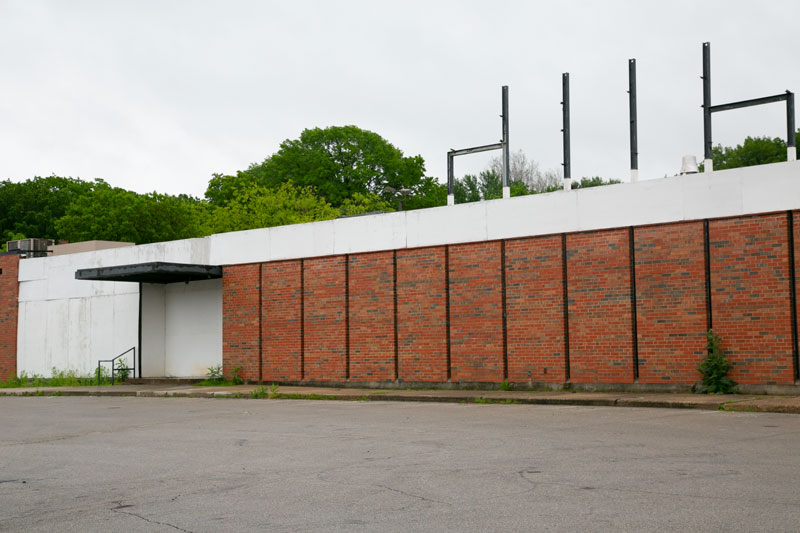 The vacant Mission Bowl building, at 5399 Martway Street, will remain standing three months longer than anticipated. Developers are working on completing a final development plan to submit to the planning commission, but want to work out a route for Johnson County Wastewater to access a facility adjacent to the property before submitting one. This means demolition is now not set to start until September, instead of June. File photo.

The Mission City Council Wednesday evening unanimously approved developers of the old Mission Bowl a three-month delayed start due to issues with the project’s preliminary plan.

Why it matters: A plan for a 141-unit, five-story apartment building was approved just six months ago — five years after the fire that destroyed the former bowling alley.

According to city documents, developers’ preliminary plans proposed a layout that makes it more challenging for Johnson County Wastewater to access a facility located adjacent to the property at 5399 Martway Street.

Now, the demolition of the old Mission Bowl building, which remains vacant and in deteriorating condition, won’t begin until September instead of June, as originally planned.

This pushes back the project’s entire timeline.

The start of new construction is now not set to begin until December, instead of September. And the project must be completed by November 2023, instead of August of that year.

What’s next: Developers are working with Johnson County Wastewater on a solution that works with both parties before submitting a final redevelopment plan to the city planning commission.

While city staff reiterated that Mission wants the building demolished as soon as possible, developers don’t want to begin demolition before submitting a plan, according to city documents.

Key quote: “I think this is kind of a one-time thing, in my opinion,” Ward 2 Councilmember Nick Schlossmacher said. “I know it kind of came up unexpectedly, but I hope we won’t be back here — and I don’t think we’ll be back here in a few months — but hopefully we’re not be back here in three to six months with some other unforeseen delay.”