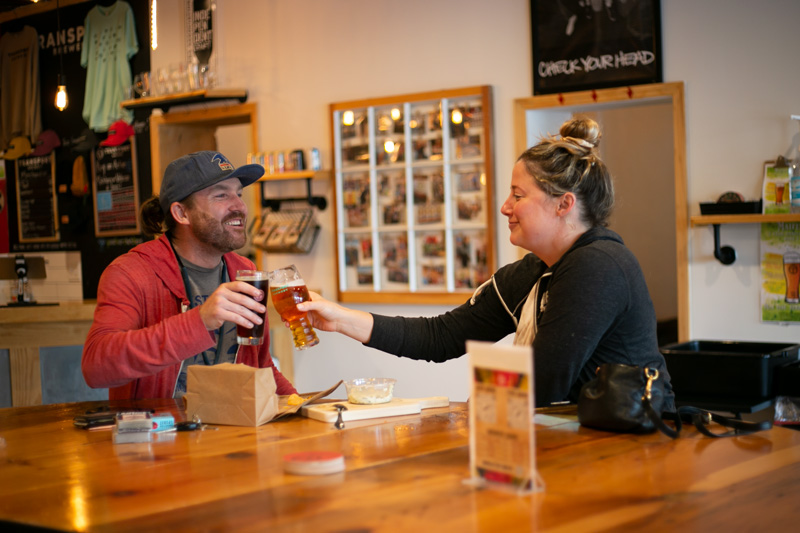 Downtown Shawnee will be busy the next few days with a few firsts. Transport Brewery will celebrate its inaugural Maifest, and the city will host its first-ever Moonlight Market, a revamped farmers market on third Thursdays.

Editor’s note: The city of Shawnee has canceled Moonlight Market for tonight. City Communications Manager Julie Breithaupt told news media earlier this afternoon that the city decided to cancel tonight’s event because of rain and chance for lightning and high winds. It will not be rescheduled. The next Moonlight Market takes place June 17. Below is the original story.

If the rain can hold off, downtown Shawnee is the place to be this weekend.

The city will host its first-ever Moonlight Market from 4 to 8 p.m. Thursday night. Then, Transport Brewery’s inaugural Maifest celebration kicks off Friday.

With local makers and crafts, live music, snack and drink vendors and food trucks, the Moonlight Market is a revamp of the city’s weekly farmers market. 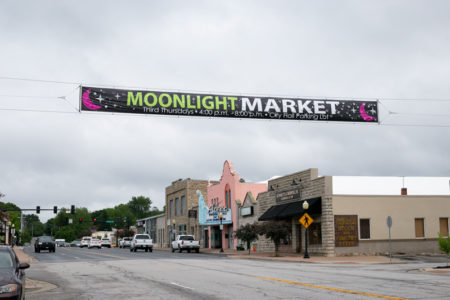 The regular farmers market will still take place every Saturday morning this summer, but in addition, the city has set aside the third Thursday of every month between May and October for an evening market.

The Moonlight Market takes place in the parking lot of Shawnee City Hall, 11110 Johnson Drive, and features market vendors as well as craft booths. Click here to see the list of 20 vendors.

Taco Tank, a Shawnee-based food truck, will be set up across the street from the market.

“We’re all really excited to be able to host an event, to actually see our community again, and to really be able to provide a fun, family-friendly place for people to come on the third Thursdays,” said Julie Breithaupt, the city’s communications manager.

The Moonlight Market is a collaboration with the city and downtown businesses, which are looking for ways to make downtown a regular destination for the community, especially coming off a year of economic challenges created by the COVID-19 pandemic.

“We are really excited that a lot of our downtown business partners have kind of embraced this and are looking forward to it,” Breithaupt said.

The National Weather Service says there is the chance for thunderstorms Thursday evening and Friday.

The county’s public health order on masks is lifted, so no COVID-19 requirements are in place, though many businesses are still recommending customers wear masks when entering their premises.

The city has also opened the restrooms at City Hall for public use during the event.

Meanwhile, Transport Brewery is kicking off its inaugural Maifest, a three-day (mostly) outdoor celebration from Friday, May 21, through Sunday, May 23. The brewery is across from City Hall at 11113 Johnson Drive.

“I will say I’ve tasted it, and it’s delicious. We use traditional German hops and two malt profiles to bring complexity to this beer, but it’s light, refreshing and crisp, [with] just a little bit of hops to give you some depth,” Merandino said.

In conjunction with Maifest, Transport Brewery will also celebrate its second anniversary of opening in downtown Shawnee.

“We’re still here; it’s been a struggle, especially from March [2020] to March [2021],” she said. “Just every day was like, ‘Are we going to make it today? What are we doing to stand out, sell beer, make people feel comfortable, is my staff at risk?’ Just so many questions every single day,” Merandino said.

Maifest includes live music from Aztec Theater, food trucks, a stein holding competition (a reprise of Transport’s Oktoberfest in which some contestants held steins for more than 10 minutes), merchandise and a cask beer engine.

A cask beer engine is a traditional, English way of serving beer.

Food trucks at Maifest will include:

Merandino said the Moonlight Market coupled with Maifest over the next few days will be a great way to draw a crowd downtown, particularly because the city has made downtown a public common consumption area, where drinking alcohol in public is legal in a four-square-block area.

“I think COVID was definitely bittersweet in a way that it forced communities to look at other options,” Merandino said. “Being able to enjoy downtown in its fullest and a safe manner I think is really great. And hopefully people stay local.”