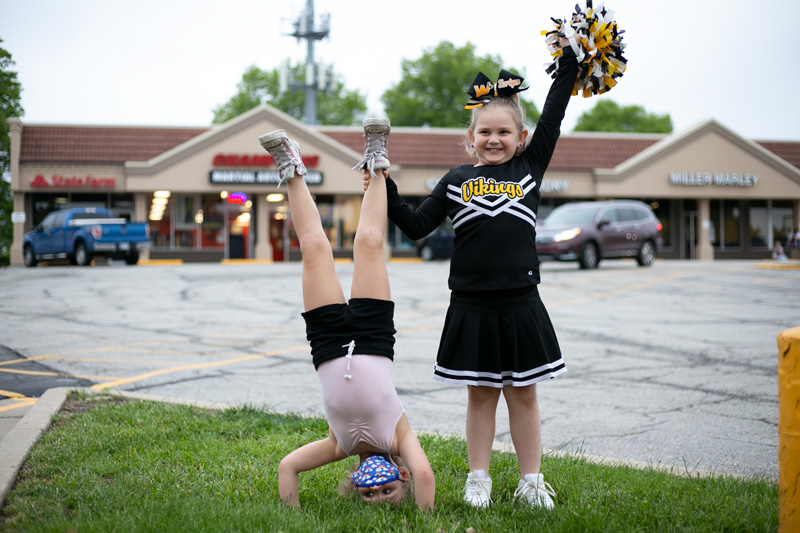 Scholarships through West is Best provide opportunities for Lillie (left), a 5-year-old dancer, and her sister, Kerrigan, a 7-year-old cheerleader, to pursue activities outside of school. Led by Kelly and Dave Tines, the West is Best scholarship program has provided $91,700 in scholarships to students in the SM West area since 2012. Photo credit Leah Wankum.

Lillie Young is getting pretty good at cartwheels.

The 5-year-old student from Comanche Elementary really likes her dance lessons at Miller Marley School of Dance in Overland Park. And her big sister, 7-year-old Kerrigan, can pom-pom as a cheerleader like it’s nobody’s business.

In their own ways, the two sisters follow in their brother’s footsteps, as 17-year-old Keegan has been dancing for more than a decade. Besides, their 13-year-old sister, Morgan, is quite an athlete herself as a soccer player.

The Young siblings all say they love what they do and are thankful for a popular scholarship program that provides these chances for them to follow their dreams.

Led by Kelly and Dave Tines, the West is Best scholarship program has provided $91,700 in scholarships to students in the Shawnee Mission West area since the couple founded the nonprofit in 2012.

Even though their sons have already graduated, they maintain the program because the cause is so important to them.

“There’s literally nothing that I found more fulfilling on a personal level than to be able to work with West is Best and provide scholarships for kids to be able to do these after-school activities,” said Kelly Tines. “I think every kid should have those opportunities, and I never feel like it’s fair that kids are denied opportunities because their parents don’t make enough money.

“And again, it’s not that their parents aren’t trying or aren’t working hard, it’s just that they’re part of the working poor, and that’s a hard place to be right now.”

West is Best provides scholarships to children in grades K-12 who live in or attend school in the Shawnee Mission West attendance area.

(Due to rules by the Kansas State High School Activities Association, West is Best cannot fund participation in school-sponsored activities.)

Nearly 50% of students in the SM West area qualify for free or reduced lunch programs, which means their families already live at or below the federal poverty line, according to West is Best.

It also means these families focus more on putting food on the table and a roof overhead, and less on extracurricular activities that cost upwards of $500 to $600 a season.

In fact, 40% of families who received West is Best scholarships live below the Federal Poverty Guideline of $25,750 for a family of four, according to the nonprofit.

A total of 63% of the program’s scholarship recipients come from families who make less than $34,000 per year.

Now, due to the COVID-19 pandemic and economic downtown, families within the SM West area are struggling with day-to-day expenses more than ever, Tines said.

“It was really tragic to me that kids lost out on those opportunities over this last year, but I’m really, really happy that we are to the point where we can offer after-school activities again,” Tines said. “I really feel like they are vital to kids, to their social development, to their emotional development, all of those social skills, and just helping them to become better people over time.”

Many sports seasons and scout camps were canceled or cut short due to pandemic restrictions and closures, and participation was low this fall because some families were hesitant to expose their students to community spread.

As far as the pandemic’s impact on West is Best families, the numbers are telling.

Kim Young, mother of four students in Shawnee Mission schools, said she is grateful for the scholarships, which provide more than just dance lessons, cheerleading competitions and soccer games for her children.

“I think activities are important to help feed the mind and the brain, and it helps them improve and to help them academically,” she said. “It’s all-around good, and with having four of them in activities, it’s quite expensive.”

Tines said extracurricular and after-school activities may be expensive, but they’re critical for building leadership and cooperation skills.

Sports and activities also have shown to improve school attendance and grades, and lowers dropout rates, show a decrease in the use of drugs and alcohol.

Besides all that good stuff, sports and activities are just plain fun, at least the way Young’s daughters see it.

Kerrigan is cheerleading for West Vikings through Kansas City Football and Cheer:

“I like it because we get to cheer on our team and they almost always win, and I like it when I get to hear all of my friends and I cheer,” said Kerrigan, a cheerleader for West Vikings through Kansas City Football and Cheerleading.

Lillie does ballet and tap dancing and said she definitely likes it. Her favorite move is a pirouette.

“It makes me feel good because all of the kids scream,” she said, adding that her friends will cheer her on and clap.

One activity growing in popularity is the nonprofit’s Physical Night, which provides physicals for all Shawnee Mission West area students for $10.

The nonprofit also recently welcomed its newest member on the board of directors, Carter Johnson.

Johnson graduated from SM West in 2020 and was one of the students who organized the 2019 West is Best Golf Tournament, which raised more than $5,000. Johnson now attends the University of Kansas.

Located in Old Town Lenexa, the 10-by-12-foot shed was built by Levi Williams, nephew of Kelly and Dave Tines, as his Eagle Scout project last year.

“It is such a blessing; I am so excited about it,” Kelly Tines said.

Williams said he couldn’t have built the shed without the help of friends and family, in particular Steve Blake, a carpenter, and the Robert Bibb Family Charitable Fund that helped finance the project.

Tines said a local Girl Scout troop will build shelves and help organize everything in the shed. Plus, the nonprofit is planning its next GEAR GIVEAWAY event on May 24, open to students who live or attend school in the SM West area. 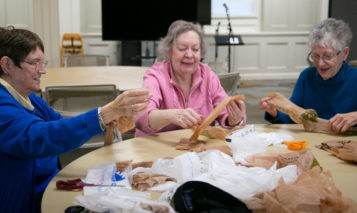 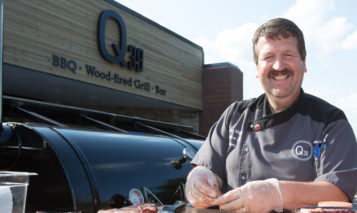 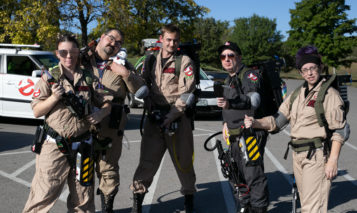 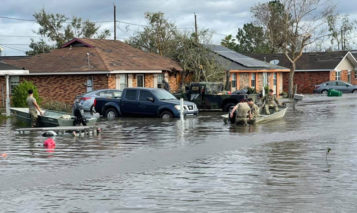