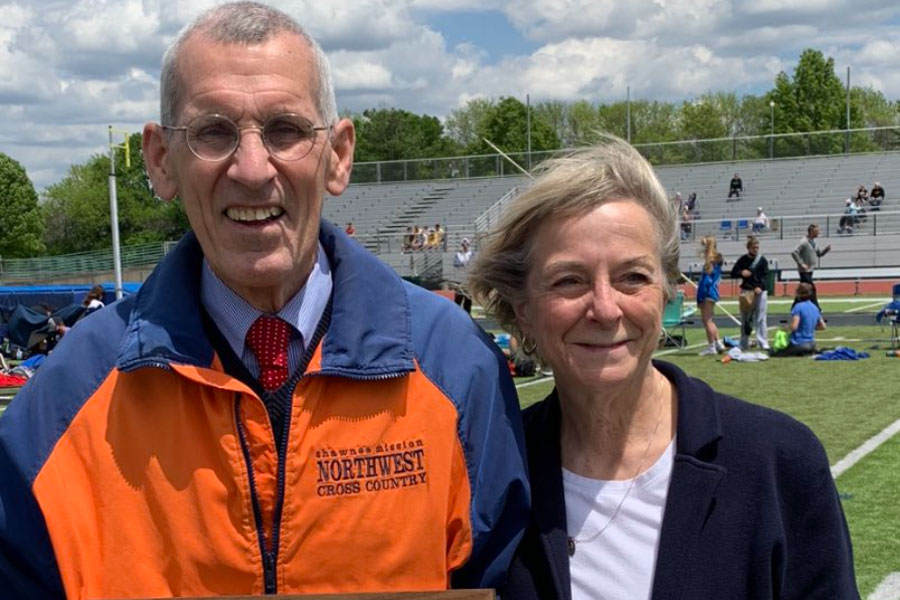 Rose, whose coaching and teaching career spanned five decades before he retired in 2018, was inducted into the KSHSAA Hall of Fame last week, according to a SM Northwest Athletics tweet.

Rose — who is also the first-ever KSHSAA Hall of Fame inductee from SM Northwest — said he was overwhelmed when he realized he was “joining a group of people that [he holds] in the highest regard.”

Rose told the Shawnee Mission Post via email he sees the induction as an acknowledgement of his SM Northwest support team, from the administration, assistant coaches, faculty, students and staff.

He wouldn’t have had success had he not been “blessed by the people at Northwest,”, Rose said.

“I look at this induction as a recognition of the athletes that I have had a hand in coaching at Shawnee Mission Northwest, their efforts, their commitment to the task at hand and their success at the state level,” Rose said.

“I was not selected because of how well I ran, but by how well my runners ran,” he added.

Congratulations to a true Icon Van Rose on your well deserved induction into the KSHSAA Hall of Fame Coach Rose legendary as a coach Monumental as a person. Thank you @KSHSAA @theSMSD @smnw_office @smnwxc @SMNWTandF pic.twitter.com/8fFB1dRM59

When Rose retired in May 2018, his boys’ and girls’ teams had combined to win 34 state titles over his 50-year career.

At the same time, he also was known for teaching Advanced Placement calculus and was twice named a Distinguished Teacher by the White House Commission on Presidential Scholars.

Justin Stigge, SM Northwest’s current cross country coach who took over after Rose retired, worked with Rose as an assistant for 12 years — and nominated Rose for the KSHSAA Hall of Fame honor.

Stigge told the Post that Rose “practices what he preaches,” and his enthusiasm and commitment to cross country are beyond anyone else’s.

Although Rose is retired, he still finds ways to support SM Northwest’s cross country program and remains in contact with Stigge on a regular basis to see how he can be helpful.

Stigge said “there’s few people more deserving than” Rose, and the induction speaks to the longtime coach’s impact on the sport.

“I think it says a lot about his commitment to the kids, to the sport,” Stigge said. “His impact on the sport of cross country in Kansas is not something that is easily measured.”