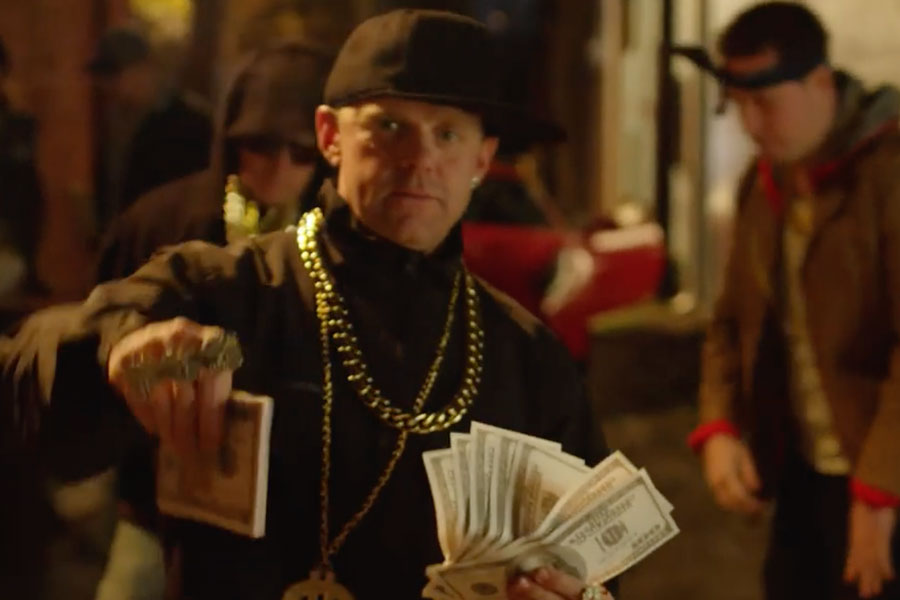 A slickly produced corporate video that includes footage of NorthPoint Development staff on vacation in the south Pacific and a company executive jokily flashing $100 bills as a rap song plays has angered opponents of the company’s plan to build a massive tract of warehouses near Edgerton.

The 2017 internal company Christmas video came at a time when NorthPoint, based in Kansas City, Mo., north of the river, was asking for public tax incentives for its industrial developments in southern Johnson County.

The video has now caught the eye of a group of residents who are organizing to oppose NorthPoint’s new proposed 9.8 million square foot warehouse project in Edgerton.

The video, a little over eight minutes long, opens as a wild office party and features employees lip synching to a few pop songs with lyrics revised to reflect NorthPoint’s successes.

An opposition group made up mostly of Johnson County residents who live near the proposed warehouse site found the video and posted it to their Facebook page, Protect Rural JoCo, earlier this month.

The part that drew the most reaction begins about halfway through.

In it, president and founding partner Chad Meyer appears dressed in a dark track suit, sideways cap and gold chains with a large dollar sign, fanning a handful of big bills, lip synching lyrics to the tune of the 1995 Coolio song “Gangsta’s Paradise.”

“Miles and miles of concrete, steel by the ton. BNSF railway that’s huge deal we won. Ten million feet now, will we build millions more? The way things are going I really don’t know,” they continue.

Commenters in the Protect Rural JoCo Facebook group criticized the video, much of their ire centered on the flaunting of cash and party times.

The video flashes scenes of employees lining up for an airplane, standing on beaches and lounging in pools. The video closes with an aerial shot of employees wishing a merry Christmas from the island.

The YouTube copy of the video was taken down last week but is still available through the Protect Rural JoCo’s Facebook page.

Zachary Myers, an Edgerton resident who recently moved back to the town after deployment in the military, said the video illustrates a recurring theme of NorthPoint’s dealings with Edgerton — the big guys crushing the little guys.

Residents became aware of the plan around Christmas, when the company requested the parcels be annexed into the city of Edgerton. Residents who live in the area said they were blindsided because the land was purchased under several names indicating cattle ranching and agricultural interests.

The 2017 video suggests strongly that the company had been planning the warehouse project well before the land was purchased, Myers said. He added that losses from the pandemic may have softened up people to sell.

Myers lives in town, but said rising property taxes have increased his monthly mortgage by $100 a month, and he wonders what residents are getting in return.

“We don’t even have a community center,” he said. “A lot of kids would love to swim, but they can’t because the city is not doing their job.”

Others commented on the Facebook page that the cash and trips are a bad look for a company that is getting tax incentives.

“Sending 130 employees to Bora Bora twice doesn’t sit well with me when at the same time they were receiving huge property and sales tax abatements,” wrote one commenter.

Another brought up environmental concerns about the possible effect on the nearby Hillsdale Lake watershed.

Others brought up concerns over the moral values on display in the video.

Myers mentioned the implied drinking in the video and the fact that, in one unexplained moment, a woman is seen crying in the bathroom as a man walks to the sink, ignoring her.

“Just how committed can they be to the minority community mocking them in simulated rap videos and clowning their culture with gold chains,” Wicke wrote.

Two other executives were identified in the video besides Meyer.

Brent Miles, the Chief Marketing Officer, appears wearing shorts and sitting atop a photocopier, and Nathaniel Hagedorn, founder and CEO, is shown walking down a hallway in a Christmas-colored suit and tie.

The Shawnee Mission Post emailed all three directly for comment, but the company’s response came from Patrick Robinson, vice president of acquisitions.

Likewise, he said the Bora Bora trips only highlight the success of the company and its commitment to employees.

“We are proud to be part of a company where all associates participate in the rewards of meeting company goals,” he wrote. “This is one of the reasons we have been the top place to work in Kansas City for the past seven years in a row.”

He also noted that Edgerton participates in the Hillsdale Water Quality project and that the lake, which is a drinking water source for 56,000 people, exceeds its water quality objectives.

“Given the development in the Hillsdale Watershed, it is clear that development has not had an adverse impact,” he said.

Acquiring land under a variety of names is “common practice in the industry,” Robinson said, adding that he’d been told by a local commercial real estate broker that the acquisitions were not a surprise to the local land owners.

The video is only the latest flashpoint in the Project Rural JoCo group’s fight against the warehouse development.

After the Edgerton City Council approved rezoning on six of the parcels last month, Jennifer Williams, organizer of the opposition, has been working on several strategies, including possibly incorporating nine square miles of northern Miami County into a new town.

The incorporation – a rare move in modern rural Kansas – won’t help the people in the Johnson County area currently in question. It’s meant to protect landowners farther south, in case NorthPoint decides to expand there next, Williams said.

One of the problems often mentioned by warehouse neighbors is the fact that the project went forward after first being annexed by the city. That means neighbors of the parcels, who are in unincorporated Johnson County, cannot take out their frustrations in the next Edgerton city election.

“This is about preserving our vote and voicing people’s rights which is something the city of Edgerton is not going to do,” Williams said. “It’s to protect and preserve the rural residential and agricultural way of life.”

Incorporation would ensure the next residents in development’s path have a say in what is built, she said. Papers have already been filed with Miami County to incorporate the city of Golden. It would have a population of 776, has over 275 signatures of support and would require no changes in fire or police protection.

The new city would take its name from the Golden Factors, a set of standards city planners use to determine whether developments should proceed.

NorthPoint has not mentioned any plans of expanding that direction to date, but doesn’t rule it out, either.

“Should we be invited to develop in Miami County, we would consider the opportunity,” Robinson wrote. “The 4,500 jobs created to date at Logistics Park Kansas City exceed average wages in Miami County and would represent a potential job creation opportunity that meets the needs of residents in Miami County.”

There’s also the possibility of a lawsuit on the legality of the annexation, Williams said, though no decision on that has yet been made. And group members have also shown up repeatedly at Johnson County Commission meetings asking for a sheriff’s investigation into the matter.

“I can’t believe they sleep at night, treating people like this,” Williams said. “We are fighting for our basic American rights, what the whole country is founded on.” 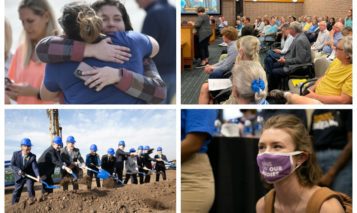 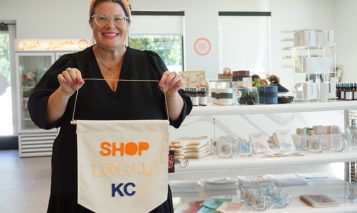 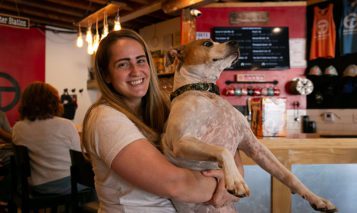