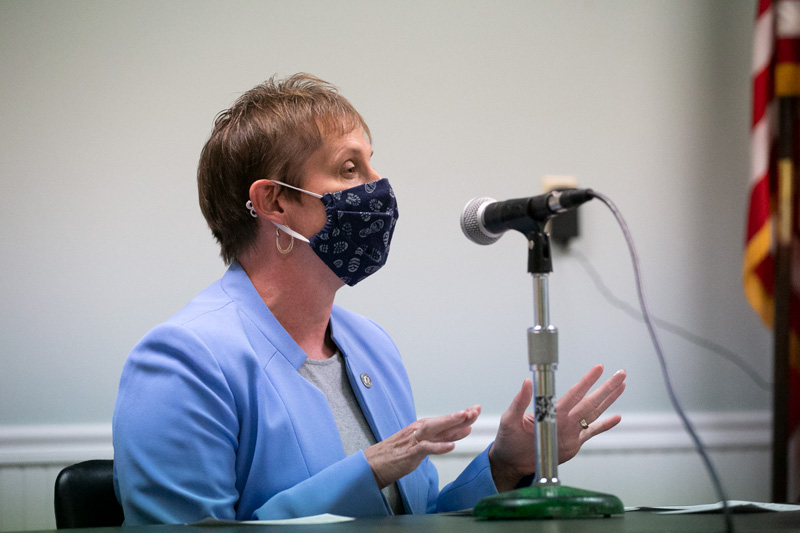 Each week, we provide Shawnee Mission area legislators the opportunity to share their thoughts about what’s happening in the state capitol. Sen. Mike Thompson and Reps. Jerry Stogsdill and Linda Featherston are scheduled to send updates this week.

Below is the submission from Democratic state Rep. Linda Featherston of House District 16, covering parts of Overland Park and Lenexa.

When I first started writing this column at the beginning of last week, I thought I might title it, “Linda and the No Good, Horrible, Very Bad Week.”

Vetoes of irresponsible tax cuts for outside multinational corporations, offensive license plates, voter suppression laws and dangerous gun laws, had all been overridden by the legislature in quick fashion.

However, by the time the House adjourned on Saturday morning, the sun had long past set and the legislative outlook had improved for schools.

Initial proposals for higher education funding failed to meet continuing maintenance standards for the continued receipt of federal pandemic-related funds. This would have reduced federal funding for both higher education and K-12 education.

After some drama in committee, increased funds were approved and designated for one-time, pandemic-related expenses. This is important because these funds won’t last forever and designating them for ongoing expenses would have left a hole in colleges’ budgets when federal dollars end.

History has proven that these holes are hard to fill in the future because the funds have been sent to other programs.

I’ve been told that continuing the statewide property tax levy to fund public schools has been a non-event in the past. That wasn’t the case this year. There was a last-minute attempt to tie school funding to a property tax exemption for private health clubs.  (Do these things seem completely unrelated to you too?!)

Thankfully, it failed in committee and school funding will meet the [Kansas Supreme Court-mandated] Gannon requirements for public school funding. I hope, at some point, those in power will consider providing more than the bare minimum for children across the state.

Another big win for schools was the continuation of high density at-risk funding through 2024. This includes additional funding for students that show characteristics of dyslexia.

Addressing learning issues early helps kids succeed and saves the state money in the long run. Being able to help kids who exhibit traits of dyslexia rather than just those who have been diagnosed with dyslexia will help families get ahead of the problem.

On the negative side, there was an expansion of the definition of students who qualify for private school scholarships that are funded by tax credits.

Tax credits remove more money from the state general fund than tax deductions because they are taken off one’s tax liability rather than one’s taxable income. On the plus side, this expansion could have been worse and educational savings accounts, which would have been far more damaging to public schools, failed.

I’m sure it’s a pipe dream, but I look forward to the day when the majority of those assigned to make decisions for public schools fully support funding public schools.

With the exception of Sine Die [the formal last day of the session] on May 26th, the legislature is adjourned. However, I will still be working for the people of District 16.

Please do reach out to me at Linda.Featherston@house.ks.gov, and keep an eye on my social media for announcements.

Thank you for the opportunity to serve.