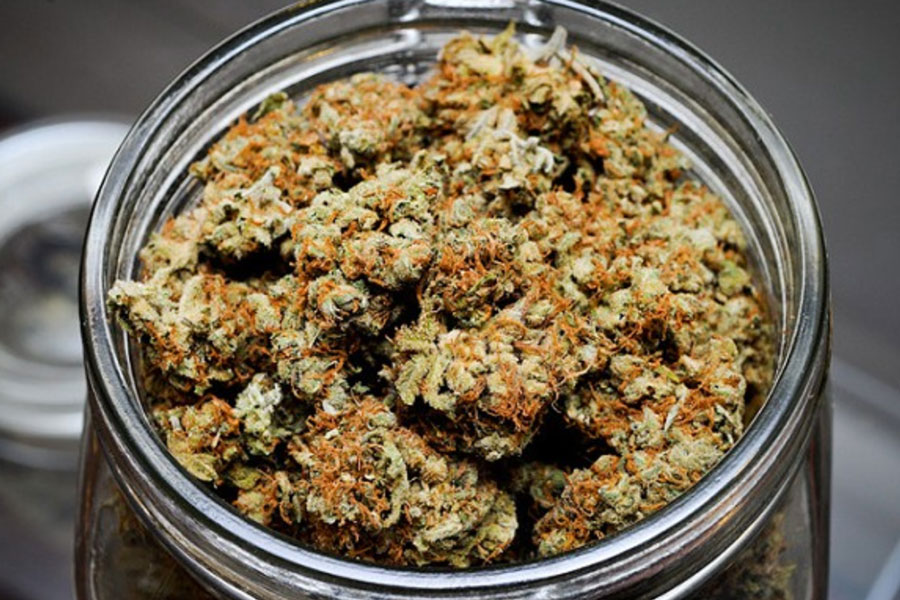 The city of Prairie Village will continue to look into a marijuana decriminalization ordinance following a tense city council discussion Monday that touched upon issues of both race and cost.

Councilmembers Inga Selders and Ian Graves first introduced the issue to the city council in January with a measure that emphasizes Prairie Village’s proximity to Missouri, which has already legalized medical marijuana, as a reason to alter the city’s regulations.

Following that, the council directed city staff to look into several options for decriminalizing marijuana in Prairie Village, including removing related language from city code and reducing municipal penalties on cannabis-related infractions.

Staff presented their findings to the city council’s Committee of the Whole on Monday, and concluded that the main options for decriminalizing marijuana could have unintended negative consequences for defendants.

In addition, there was some sparring over the city’s current policy and its impact on different racial groups, with some councilmembers worried about the disproportionate effect arrests are having on Black people.

Some councilmembers and city officials also raised concerns about the growing cost of doing continued legal research into the matter.

Ultimately, in a 7-6 vote, the committee directed City Attorney David Waters to conduct more “significant legal work” with a specific focus on a marijuana-related ordinance on the books in Columbia, Mo.

Mayor Eric Mikkelson broke the tie and was in favor of Waters conducting additional research in an effort to continue the discussion of decriminalizing marijuana. The final decision did not allocate a specific amount for Waters’ work and also does not put a cap on it, either.

“We need to take this very carefully,” Mikkelson said. “We need to gather information. We’re not anywhere close to anything… I’d like to continue the discussion.”

One option would see the city council choose to remove cannabis-related language from its city code and opt out of using the Uniform Public Offense Code section dealing with marijuana.

If the city council wanted to pursue a second option, similar to a policy currently in place in Lawrence, it could reduce fines for first and second offenses of marijuana possession to $1. This would apply to individuals caught with amounts of 32 grams or less.

Since the fine would be so low, this might deter defendants from opting for diversion. Then, Schwartzkopf said, defendants would still be charged with possession of marijuana and stuck with paying court costs and fees.

Schwartzkopf said he didn’t want to be the one to authorize Waters to look further into the city’s options, as the amount of legal work — and therefore legal fees — required is unknown.

“I didn’t want to be the one that authorize what [Waters] described as ‘significant legal work,'” Schwartzkopf said. “I’m not trying to be an obstacle to this, I certainly would just like others — meaning all of you — to approve our city attorney doing extra work on this when, at least I felt, the initial questions were answered.”

Tensions over race and arrests

The conversation became more tense after Selders shared statistics breaking down the demographics of people arrested on marijuana charges in Prairie Village.

Selders said in the last three years, 42% of marijuana related arrests in Prairie Village were of Black people and 53% were white people. That causes concern, she said, because the city’s Black population is roughly 1% Black population.

“You have the first African-American police chief in the county, and you think Chief [Byron] Roberson would be ok with that,” Howe said. “That’s ridiculous.”

Roberson also spoke and said while his department will enforce any ordinance the city council adopts, he has concerns about decriminalizing marijuana.

For instance, decriminalization may give teenagers and young adults an leeway to use the drug in public spaces such as parks, he said.

“I would really caution everyone to compare ourselves to Columbia, Lawrence and Kansas City,” Roberson said. “I’m sure they’re fine cities — but they’re not Prairie Village.”

Other councilmembers posed concerns about not limiting the amount of money tied to Waters’ continued research, as well as a decriminalization ordinance conflicting with state law.

Several councilmembers, however, shared their support for additional information on potential options.

Waters will conduct further research on the issue, and bring findings back before the city council at a future meeting.