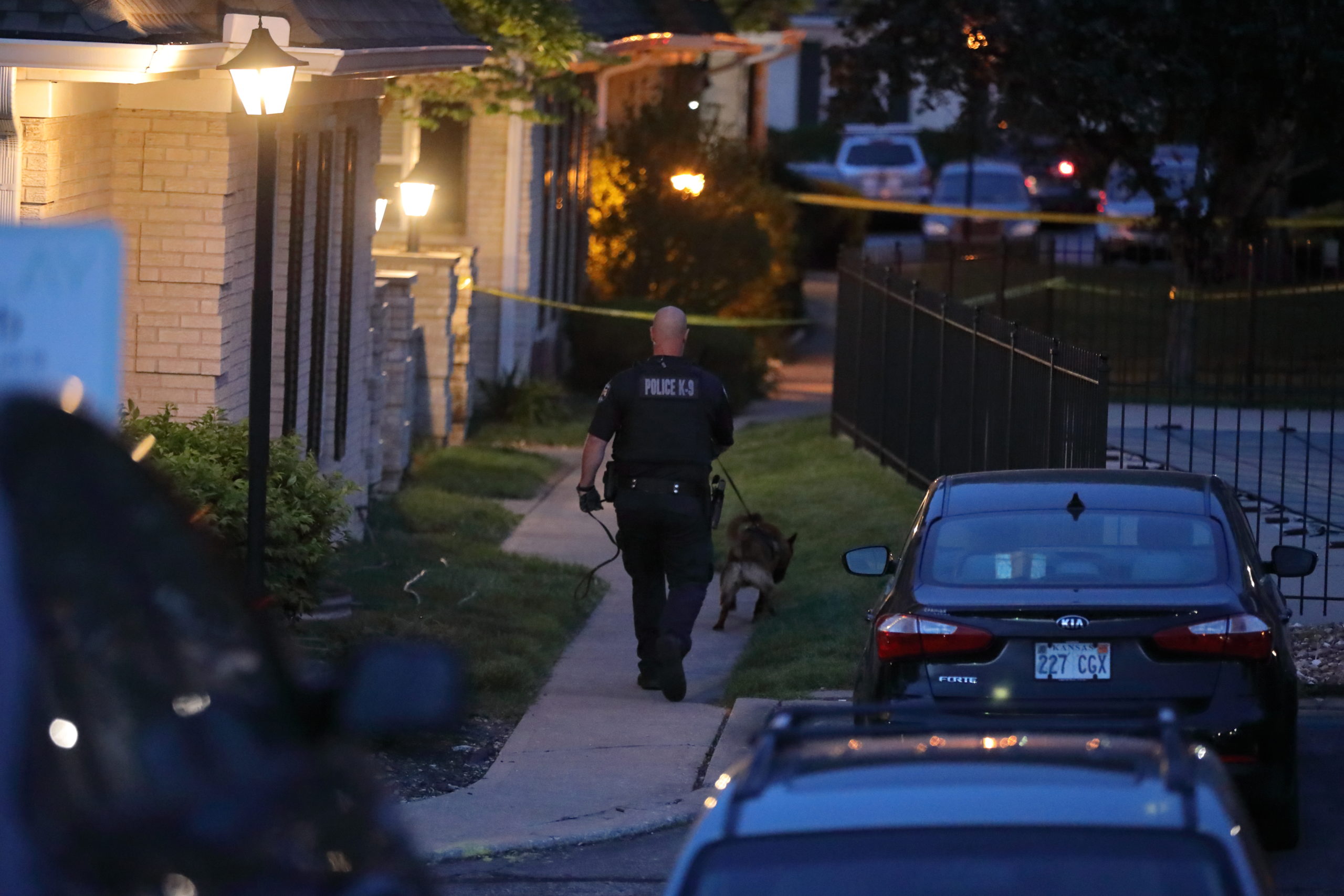 A police officer working with a K-9 dog searched the scene of the shooting at the Deauville Apartments Saturday. Photo credit Mike Frizzell.

This story has been updated from its original version.

Prairie Village Police say a suspect has been taken into custody in connection with a man’s killing Saturday evening at an apartment complex along 75th Street.

The incident is being investigated as a homicide.

Police, firefighters, and paramedics were sent to the Deauville Apartments in the 3700 block of West 75th Street at 6:09 p.m. Saturday, where a man was found dead in his apartment.

He had suffered multiple gunshot wounds, according to police.

“Upon the arrival of Prairie Village officers and the fire department, the male was pronounced deceased,” Captain Brady Sullivan said in a news release. “An initial investigation was conducted, and it is believed foul play was involved in the male’s death.”

A K-9 unit from the Olathe Police Department also assisted on the scene later in the evening. 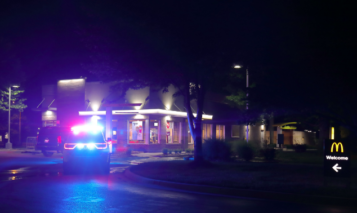 Overland Park McDonald’s drive-thru window robbed at gunpoint, suspect gets away on foot