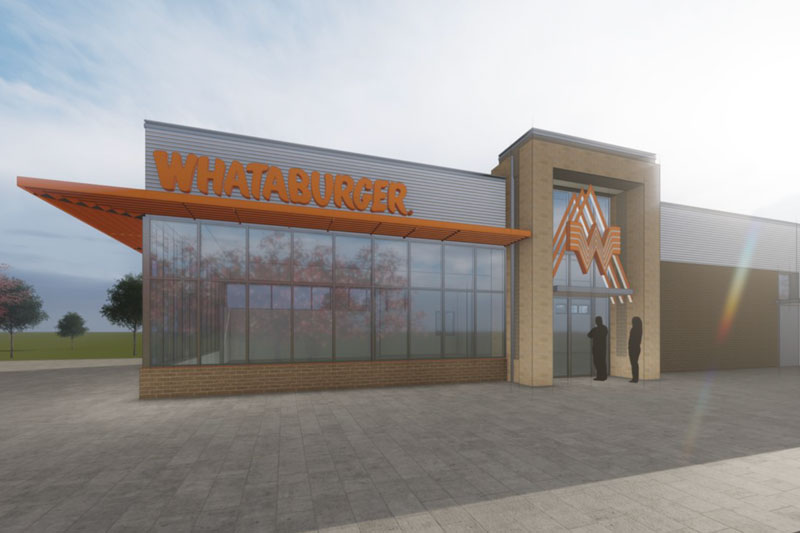 Whataburger, a San Antonio-based fast food chain, plans to open three locations in the Kansas City area this fall, including one near 135th and Antioch in Overland Park. The company has also inked a sponsorship deal with the Kansas City Royals through 2024. Image courtesy Whataburger.

The new Whataburger franchise in Overland Park broke ground last week at 8420 W. 135th Street, in concert with two other location groundbreakings in Lee’s Summit and Independence, according to a press release from the fast food chain.

Scott Phillips, the San Antonio-based chain’s regional director of operations, said Whataburger is excited to offer its food and service to Kansas City this fall.

“We’ve had the good fortune of meeting quite a few of our new neighbors here in the Kansas City area, and we’ve felt every bit of their Midwestern hospitality,” Phillips said in the release.

The groundbreaking events were held on April 22 at both the Overland Park location and the Lee’s Summit location, at 1450 Douglas Street.

At the same time, the Kansas City Royals have announced a partnership between the team and Whataburger.

Whataburger will be an official Kansas City Royals sponsor through 2024. There are plans to start events and fan deals this summer.

Sarah Tourville, chief revenue and innovation officer for the Royals, said the partnership “was a no-brainer.”

“The fan experience we all know and love is making a return, and Whataburger will be a big part of that as we continue the 2021 season,” Tourville said in the release.

New Whataburgers in the Kansas City area are anticipated to start opening this fall, but there is no specific opening date set at this time.