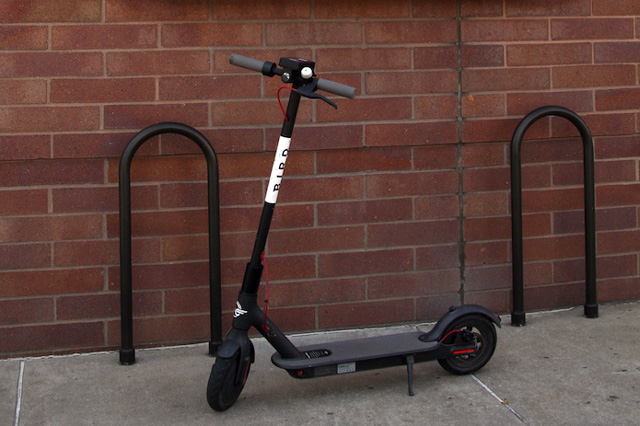 Overland Park previously discussed bringing electric rentable scooters, like the one from Bird above, to the city in 2019. After a two-year hiatus, prompted in part by the COVID-19 pandemic, the city is poised to bring e-scooters to Overland Park's streets for a trial run this summer. File photo.

Motorized scooters like those in downtown Kansas City are back on the drawing board in Overland Park after a two-year hiatus.

A city council committee Wednesday agreed that the city should pursue a pilot project for a scooter share program that could start as early as this summer.

The committee asked city staff to move forward with the details after a brief discussion Wednesday night.

Not the first time scooters have been discussed

The Overland Park City Council last talked about scooters in February 2019. At that time, shared public bicycles were the main focus, but scooters were a part of the discussion as well.

Scooters subsequently became popular in Kansas City, Mo. for a time, but they never found their way to Overland Park due to some retrenchment in the scooter share business, followed by the pandemic.

Since then, Johnson County has set up an electronic bike sharing system with docks at parks and other locations. In neighboring Wyandotte County, electronic scooters for rent made their debut earlier this month.

Scooters are back before the Overland Park council now because two scooter companies have approached Overland Park officials about a test project that would run during the warm summer months.

E-scooters are typically rented through a smartphone app. The app unlocks the scooter, allowing it to be used and dropped off anywhere.

The scooters may then be rounded up by the company and redistributed with the help of GPS location systems.

Details still need to be finalized

Councilmembers on the public works committee were generally supportive of running the pilot program, but many details will still need to be worked out.

“I think they can contribute to making our city more appealing, particularly to a younger demographic,” said Councilmember Stacie Gram. “They’re a form of entertainment, they’re a good method of transportation.”

One key detail would be the rules governing where people can ride the scooters. Some cities restrict them to the sidewalks. In Kansas City, they’re only allowed on streets.

Some Overland Park councilmembers wondered whether they should be restricted to bike lanes on the streets.

The full council also will have to decide whether to do the project with one or two scooter companies, and what areas of town they should be offered in.

Councilmember Curt Skoog said he has seen scooter companies in action in Kansas City and favors the trial.

“I would encourage us to slowly step into it and allow companies to gain an understanding of Overland Park instead of just dumping large numbers [of scooters],” he said. 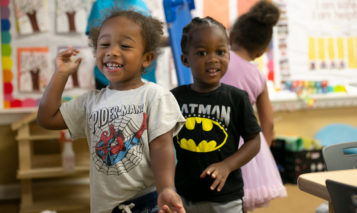