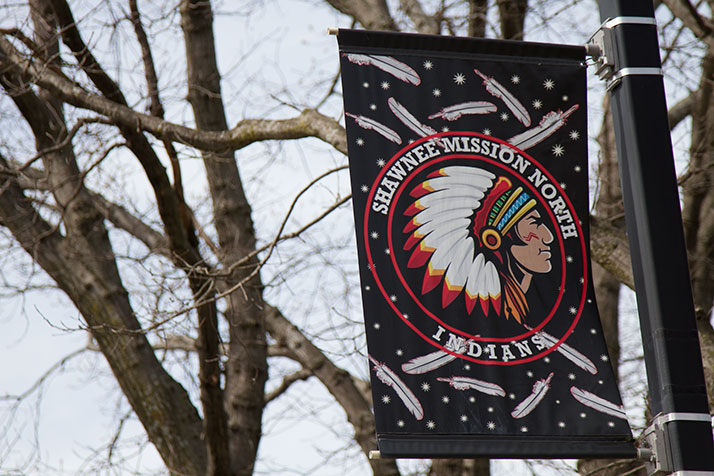 Shawnee Mission is retiring the Indians as the mascot for SM North High School. School administration, students and the SM North community have been considering replacement options and are down to three final options: Coyotes, Buffalos or Bison. File photo.

The process for finding a new Shawnee Mission North mascot is nearing an end.

Those three choices were decided on after school administrators, student council leaders and other community members went through a nearly four-month process in which more than 140 options were submitted and considered, as first reported by the SM North student news magazine The Mission.

SM North administrators are now set to make a recommendation for a new mascot to Shawnee Mission Superintendent Mike Fulton, but Higgins declined to comment on what that recommendation might be of the three final options.

Higgins confirmed that SM North is following the same timeline released at the beginning of the process, meaning a new mascot will be publicly announced in April or May.

The school’s Indian mascot will be officially retired by June.

Higgins said the 2021-22 academic year will be a transitional period for SM North’s new mascot.

Some items such as uniforms will still have the Indian mascot, while other items may have the new mascot.

But the plan is to have the new mascot — whatever it turns out to be — fully implemented by August 2022.

SM North’s Indian mascot is changing after the board of education adopted a new mascot policy in December, which states mascots will not be derogatory or offensive to a person or class of persons.

Following that policy’s adoption, the district found SM North’s Indian mascot — along with three other schools’ mascots referencing Native Americans — to be non-compliant with the new policy.

The new mascot policy was implemented just six months after a group of SM North alumni started a petition calling for the removal of the Indian mascot by the school’s 100th anniversary in 2022.

Although several thousand in the SM North community were in favor of removing the mascot, nearly 3,000 signed a counter-petition to keep the mascot.