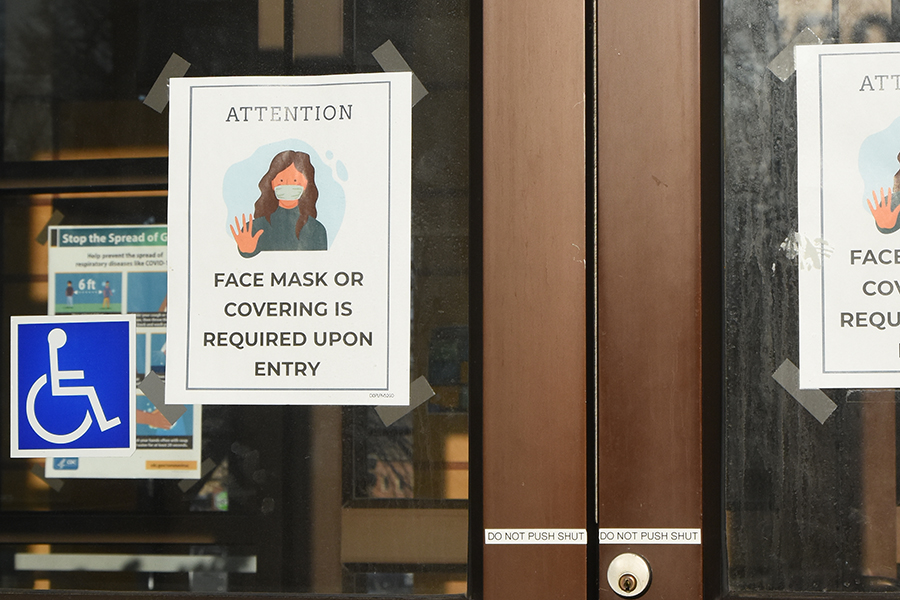 The city of Shawnee has prevailed in Johnson County District Court after Judge Robert Wonnell ruled that the city's mask requirement did not create a "substantial burden" on Debbie Detmer. Detmer sued the city last week after city staff prohibited her from entering city hall without a mask on April 12.

A Johnson County District Court judge has sided with Shawnee in a lawsuit challenging the city’s mask requirement at public meetings.

In a court hearing Monday morning via Zoom, Judge Robert Wonnell ruled that Shawnee’s requirement that masks be worn indoors at public city meetings was “narrowly tailored” to reduce the risk of spread of the novel coronavirus which causes the COVID-19 disease.

Furthermore, the judge ruled that the city used “the least restrictive means” to enforce its mask requirement.

Debbie Detmer, the Shawnee resident who sued the city last week, said she believed the city had created a “substantial burden” on herself and others who wanted to attend the Shawnee City Council’s April 12 meeting in person.

City staff and police prohibited Detmer’s entry because she was not wearing a mask and was not able to provide documentation from a medical professional saying she is exempt from wearing a mask for medical reasons.

She and a few others sat outside on the front steps of Shawnee City Hall during the meeting. Click here to see the city’s policy under the county’s public health order.

Johnson County’s public health order requiring masks be worn in public is in effect through midnight Saturday. The health order is silent on how public bodies such as Shawnee should enforce the mask requirement within their jurisdictions.

Monday’s hearing took place under the auspices of a new state law Senate Bill 40, which allows people to sue governing bodies when they believe any new orders have created a “substantial burden” on themselves.

According to the new law, Johnson County District Court was required to conduct the hearing within 72 hours of receiving Detmer’s petition.

The law gives judges up to seven days to make a decision following a hearing, but Wonnell issued his judgement for the city this morning.

“The guidelines that are in evidence in this case of how the city of Shawnee chose to interpret the Johnson County public health order, I find did not substantially burden you, Ms. Detmer, and I find that they were narrowly tailored to respond to the local public health order from Johnson County, and that they used the least restrictive means to do so,” Wonnell said.

Other public bodies have faced similar challenges to their mask rules, including three school districts in Johnson County.

Andrew Holder, a lawyer with Fisher Patterson Sayler & Smith LLP representing the city of Shawnee in this case, presented his case that the city’s efforts to include Detmer in the meeting — by providing seating and audiovisual technologies so that she could see and hear the council’s proceedings and also participate in the public comment portion of the meeting — were sufficient, and that the city’s mask requirement did not create a “substantial burden” on Detmer.

Detmer countered that the city’s mask requirement under Johnson County’s public health order has restricted her constitutional rights to participate in public meetings.

She said she could not see what was going on during the meeting because she could only see by looking through the glass at the TV screens inside the lobby of city hall.

Detmer added that she struggles to breathe and cannot limit her airways by wearing a mask.

“Most of all, these mandates that everyone is listening to, from the [Johnson County] commissioners and the governor, they aren’t laws; they’re just opinions,” Detmer said. “They’re mandates, but they’re not laws.”

The hearing is temporarily available to view on YouTube. See the embedded video below: