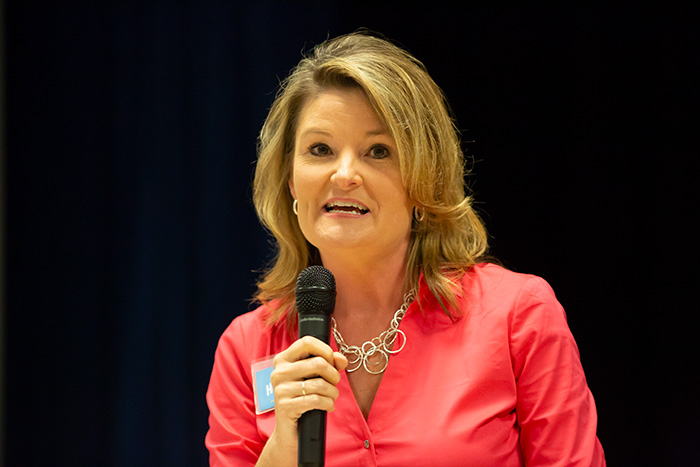 Sen. Cindy Holscher, a Democrat representing Senate District 8 in Overland Park, says Kansas is missing out on an opportunity to attract new, young talent to the state, by passing measures regarding taxes, trans athletes and conceal carry. File photo.

Below is the submission from Democratic State Sen. Cindy Holscher of Senate District 8.

You may be aware that people have been moving out of Kansas pretty consistently over the past decade.

In fact, this past year Kansas was ranked as the 6th most moved from state in the nation. What’s interesting though, is there is a recent trend that has started to develop where people are moving away from cities and densely populated areas to more rural states.  So, while Kansas is losing people, several other rural states, including Idaho and South Dakota, are all near the top of the list of states to which people are moving.

So, there is a real opportunity for us.

People are moving away from highly populated areas to more rural spaces – that should present a great opening for Kansas.  Yet, it’s quite likely such possibilities are being squandered.  Instead of pursuing opportunities to entice people to Kansas, the legislature has worked full force in the other direction.

Here are a few examples:

Sadly, that’s not all when it comes to debilitating legislation.  Just this session, we have seen bills to: restrict voter access (despite a lack of evidence of so claimed fraud), ban trans girls/women from sports (while health care associations and businesses opposed the measure), and efforts to derail the growing wind energy industry.

Interestingly, we passed some pretty decent bills in the Senate Commerce Committee this year that could help with growth. However, those efforts are severely eclipsed by the aforementioned legislation; those measures are the ones that stand out to the rest of the nation and effectively tell those looking to relocate that Kansas doesn’t need to be considered.

To add insult to injury, this year the Senate overwhelmingly approved offering the Gadsden Flag (the yellow “Don’t Tread on Me” banner adorned with a snake) as a Kansas license plate while rejecting an “I support education” option.

The Gadsden flag, you may recall, was crafted by a slave owner and its meaning has evolved over the years. Most recently, it was used as a sign of insurrectionists storming the Capitol on Jan. 6. That’s right, in Kansas – a free state – senators approved using the Gadsden flag as a license plate.

I guess it makes sense; dogma is more important than education to this group of extremists (along with facts, science or the desires of the people).

Maybe instead of a plate that says, “Don’t Tread on Me” the legislature should have adopted the phrase, “Don’t Bother Coming Here.”  Essentially, based upon their actions, that’s the message they’ve put out there for the state. 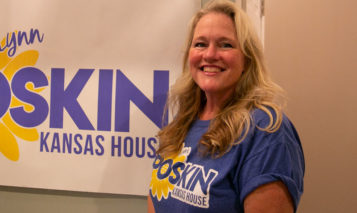 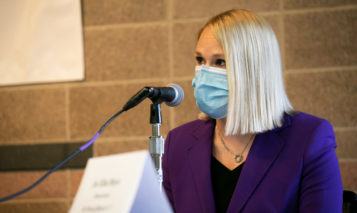 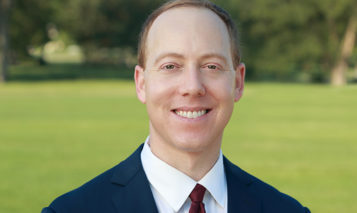 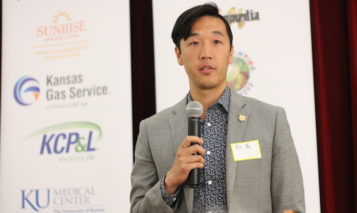