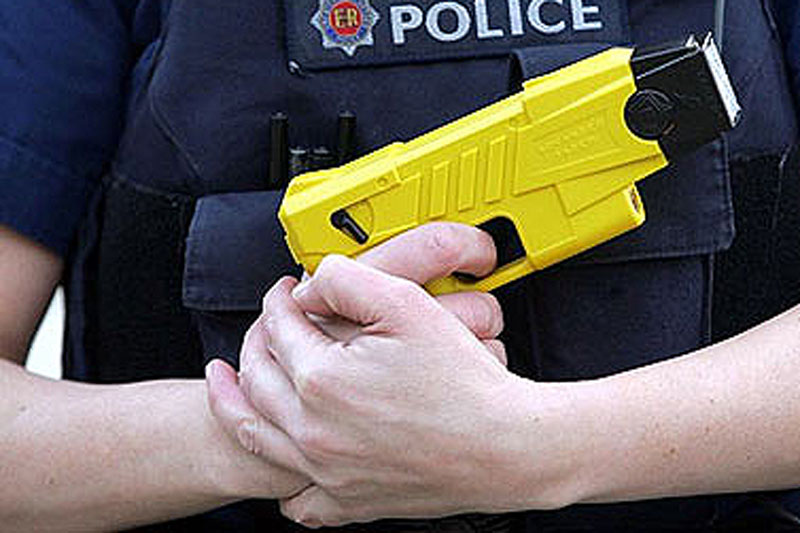 Roeland Park police officers are implementing a new "cross draw" taser policy following the killing of 20-year-old Daunte Wright in Brooklyn Center, Minn. Wright was fatally shot by a police officer who, according to the Brooklyn Center Police Department, accidentally fired thinking she was holding a taser and not a firearm. Photo credit Christopher Paul. Used under a Creative Commons license.

In light of the tragic event in Brooklyn Center, Minn., the City of Roeland Park Police Department has enacted a new taser policy effective immediately.

Roeland Park officers will now be required to “cross draw” their tasers to ensure there’s no mistaking their firearm for their taser, and vice versa.

“It is important that we continuously evaluate and update our policies to ensure we are protecting and serving the public with the utmost care,” Police Chief John Morris said on Twitter.

Roeland Park officers will now carry their taser and their firearm on the opposite side of their body — hence the “cross draw” policy. The city says there will be no exceptions to this policy.

Additionally, the department is working on scheduling a taser recertification class. All officers will be required to attend the class to ensure they are properly trained on the new policy.

Wright was fatally shot by a police officer in Brooklyn Center, a Minneapolis suburb, on April 11.

Brooklyn Center Police Chief Tim Gannon said Wright’s death was the result of “an accidental discharge” as the officer Kim Potter intended to use her taser rather than her gun during a traffic stop.

Potter has since been arrested and charged with 2nd degree manslaughter in Wright’s death.

After the Chauvin verdict this week, some local civil rights activists shared their reactions with the Shawnee Mission Post.