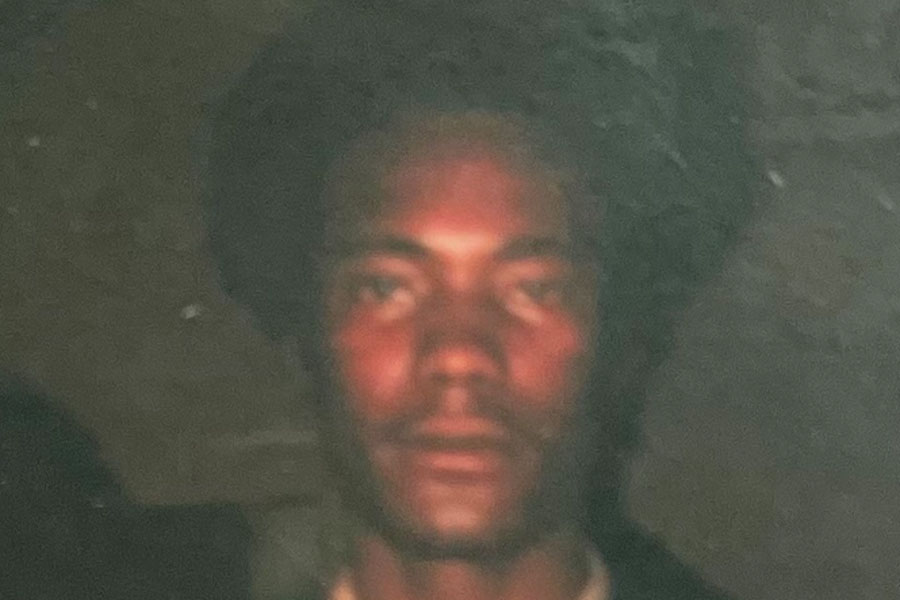 Gary Watson, above, was found stabbed to death in his apartment along Skyline Drive in Roeland Park in March 1985. A man has been taken into custody and Johnson County District Attorney Steve Howe says he will be charged with first-degree murder in Watson's death. Photo courtesy Johnson County Sheriff's Office.

For 36 years, the family of Gary J. Watson has hoped for answers about his stabbing death. Tuesday his sister said she was crying “tears of joy” and gratitude as Johnson County law enforcement announced that a suspect has been found and charged.

Geter Rhymes, 65, was taken into custody in the St. Louis area and is in the process of being extradited to Johnson County.

District Attorney Steve Howe said Rhymes will be charged with first-degree murder, which could carry a life sentence. His bond has been set at $1 million.

“I’m trying not to cry but they’re tears of joy as opposed to the pain that we felt on March 13, 1985,” said his sister, Audrey Walker, in a news conference at the Johnson County courthouse in Olathe. “We are immensely grateful.”

Rhymes’ arrest is the first major news in a case that went cold in 1985.

Watson, 29, was found by a family member stabbed to death at his apartment on Skyline Drive in Roeland Park. Police at the time interviewed more than 200 people and followed 92 leads, including some in the St. Louis area, in a search for three men who had been seen at the complex around the time of the murder.

Because of legal restrictions, Howe said he couldn’t give more detail on what finally broke the case, although that information may be available later in a charging affidavit, a copy of which the Shawnee Mission Post has requested.

But Walker, who is Watson’s older sister, said the family never gave up hope that the case would be solved.

“I am a cold case CSI junkie. In my spirit I always believed that the things I saw on television could happen for our family,” she said.

A ‘mama’s boy’ and doting father

Walker described her brother as a loving parent and a “mama’s boy” who loved watching NBA star Julius Erving, known as Dr. J, play basketball and had a caring and compassionate spirit.

She also advised other people awaiting answers on the murder of a loved one to not give up.

It was the second cold case breakthrough in a year for county law enforcement.

Last August, charges were announced in a shooting death at the former Westwood Apple Market on County Line Road. In that 2003 incident, David “Ray” Ninemire was shot and killed during an attempted robbery.