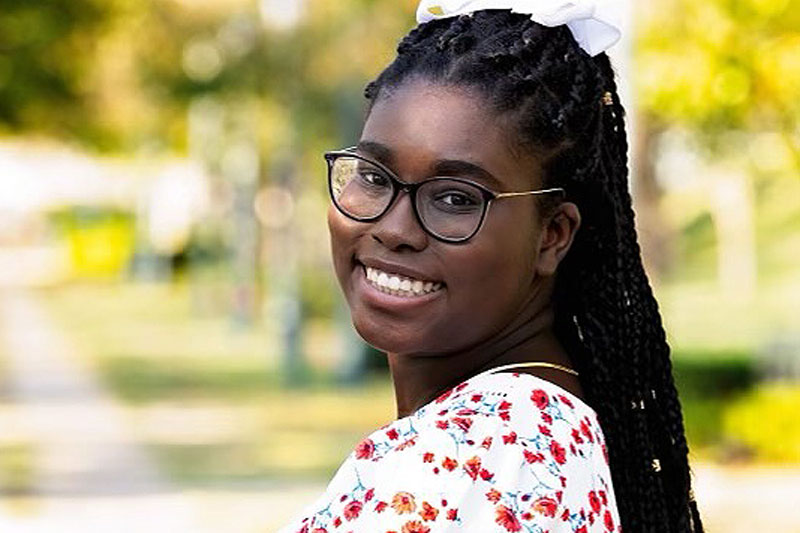 Morinville is among 150 high school seniors nationwide to be a Coca Cola Scholar, out of more than 230,000 students who applied for the scholarship.

After making it to the semifinals alongside about 1,600 other students, Morinville interviewed for and made it to the regional finals.

Still, Morinville said after chatting with other regional finalists before the results were announced, she let herself become a little numb to whatever news she would receive.

“I was like, whatever happens, happens — to have made it this far already itself is an accomplishment,” Morinville said. “When I opened up the email it said, ‘You are a 2021 Coke Scholar’ and I was like, ‘Oh my gosh, oh my gosh.’”

Work on issues of race at SMN

Morinville said while she was shocked to receive the award, she believes her efforts to improve race relations in the SM North community heavily contributed to her achievement.

When she was a freshman, Morinville founded the Coalition of Racial Equality at SM North.

Also known as CORE, the coalition has since worked to collect and donate books to inner city schools throughout the metro area and was able to conduct two food drives during the pandemic, Morinville said.

Additionally, Morinville has worked with Hocker Grove Middle School to establish a Black Student Union there in an effort to assure that students of color felt welcomed and included.

NowMorinville is working with Nieman Elementary School teachers to establish a Black Student Union there, she said.

“I’m just constantly looking for ways to help others and make sure that everyone feels seen, especially in an area that has historically marginalized and excluded people of color,” Morinville said.