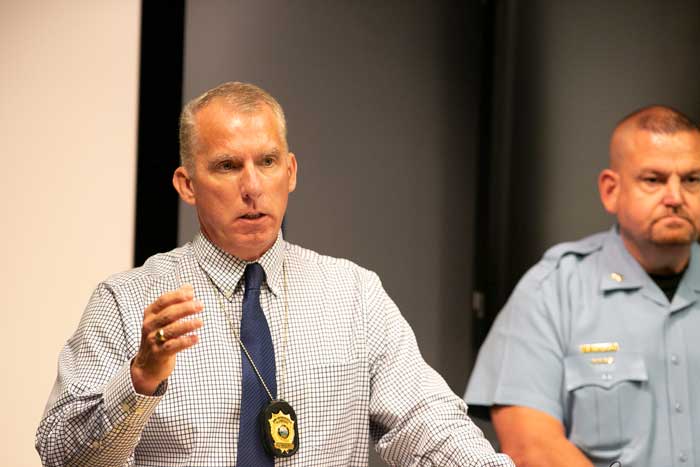 The Overland Park Police Department has provided severance for two officers, including one who shot and killed a teenager.

Overland Park police signed a severance deal with a police officer six months before the controversial deal with the officer who shot and killed a 17-year-old teenager backing out of his family’s garage, a case now being investigated by the FBI for possible civil rights violations.

The deal was signed by Paddock, who is no longer employed with the police department, on September 14, 2017.

In a report to the Kansas Peace Officers’ Standards and Training (CPOST), the agency that regulates police certification in the state, Overland Park said Paddock “allegedly violated multiple Department policies” and that “progressive discipline resulted in a recommendation of termination.”

Despite those allegations the city paid Paddock $5,000, according to the settlement document. Paddock had appealed the recommendation of termination to the City of Overland Park Civil Service Commission. The payment ended the appeal.

Paddock’s severance deal occurred months before the controversial $70,000 agreement the city negotiated with former officer Clayton Jenison who shot and killed 17-year-old John Albers in 2018. That deal only became public in March after Overland Park lost an open records lawsuit filed by The Kansas City Star.

That sparked a complaint to CPOST by Albers’ mother, Sheila Albers. “On two separate occasions, Overland Park Chief Frank Donchez has either verbally or in writing provided false statements in his role as a KS law enforcement officer,” Albers charged in a March complaint.

KCUR has confirmed that CPOST is investigating whether Donchez should keep his law enforcement license. KCUR specifically asked whether Overland Park has been cooperating with CPOST in this probe. In response, city spokesman Sean Reilly said in a statement that, “city officials have been responsive to all requests received from officials at C-POST.”

Despite the trouble Paddock had with the Overland Park police, he is still certified to be a police officer in Kansas. However, he is not currently employed as an officer in the state, according to CPOST.