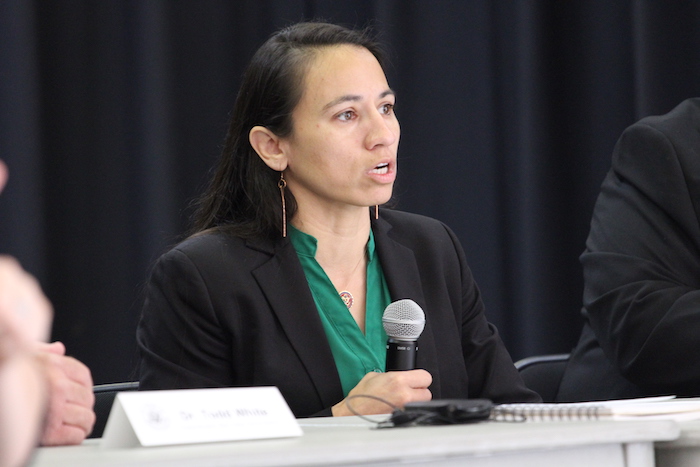 Rep. Sharice Davids has raised more than $540,000 in the first three months of this year, what her re-election campaign reported as "the most money ever raised in the first quarter of fundraising in Kansas' Third Congressional District." File photo.

The Sharice for Congress campaign announced last week that Rep. Sharice Davids raised more than $540,000 in the first three months of this year, what the organization reported as “the most money ever raised in the first quarter of fundraising in Kansas’ Third Congressional District.”

“Rep. Davids is honored to continue serving the Kansas Third, especially during these difficult times for so many Kansas families,” said campaign spokesperson Johanna Warshaw. “Rep. Davids’ strong grassroots support is further evidence that Kansans want a representative who will fight for access to opportunity, affordable health care, and an economic recovery that includes all Kansans.”

More than 90% of Davids’ contributions received this quarter were less than $100, according to the news release.

The Kansas Department of Transportation, the Kansas Turnpike Authority and Overland Park will host a virtual public meeting from 5-7 p.m. Tuesday, April 20, for the U.S. 69 expansion project.

The project is studying ways to reduce congestion along U.S. 69 between 103rd and 179th streets. During the meeting, project team members will discuss the alternatives considered so far, including improving transit, increasing technology and using other strategies. They also will explain their position that adding lanes — regular or express toll — “best” meet the project’s purpose and need based on the study team’s analysis, according to a press release. After the presentation, attendees may submit comments and questions.

The U.S. 69 corridor is considered the busiest four-lane highway in Kansas, with heavy congestion during rush hours and at other times. Traffic congestion on U.S. 69 is expected to increase significantly in the future as Overland Park grows to the south, with peak travel times projected to triple by 2040.

Anyone who requires accommodations to attend the meeting or open house, or would like printed copies of the meeting materials or needs more information, can contact Kelsey Heavin at (816) 527-2468 or info@69express.org.

The city of Merriam’s spring large item pick-up will be held from April 19 to April 23.

Residents are able to set out appliances, rugs, mattresses and more for the city to pick up. Items must be placed curbside by 7 a.m. on your scheduled pick-up day, which can be found online here.