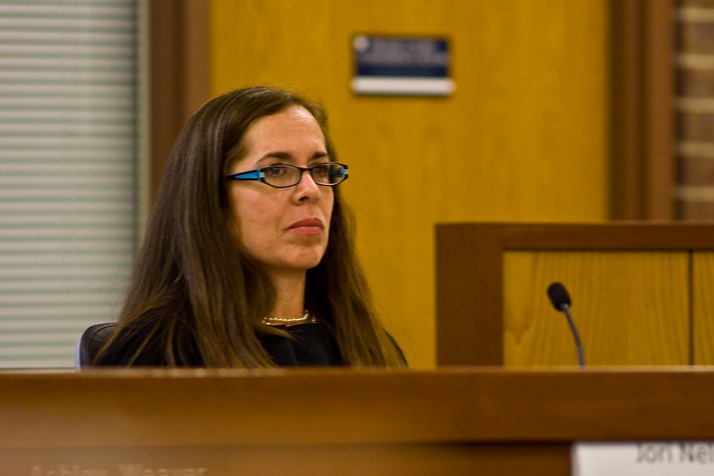 Prairie Village City Councilmember Jori Nelson announced Thursday that she will not seek re-election this year.

Nelson, who was first elected to represent Ward 1 — which covers the part of the city that sits north of 71st Street — in 2014, said in an emailed press release that she has decided not to run for a third term. She said she has fulfilled the goals she set nearly eight years ago when she first ran for office.

She said the council has accomplished a lot during her term, including the removal of restrictions on certain dog breeds, doubling the city’s green space and passing a non-discrimination ordinance protecting LGBTQ residents.

Nelson added that her work isn’t done, noting that she wants to continue fleshing out a property tax rebate program proposal that will be discussed throughout the 2022 budget process this year.

“I’m grateful for the opportunity to serve the residents during this pivotal time in our city’s history,” Nelson said in Thursday’s release. “I firmly believe that our work has positively contributed to a bright and more progressive future.”

Candidate has filed to run

Robinson said in a press release Thursday that he is grateful for Nelson’s service and that she’s been instrumental in guiding Prairie Village over the past decade.

Robinson is a Shawnee Mission East High School graduate and former professional poker player who now trades in financial markets, according to the release.

A third-generation Prairie Village resident, Robinson is married and has four children. He said he intends to provide continued diligence and dedicated leadership to his neighbors, if elected.

“Prairie Village has always been a special place to live, thanks to expert planning, leadership and strong community engagement,” Robinson said in his release. “As a member of the city council, I will work hard to ensure we protect what makes Prairie Village unique, while investing in the continued progress of our city and success of our residents.”