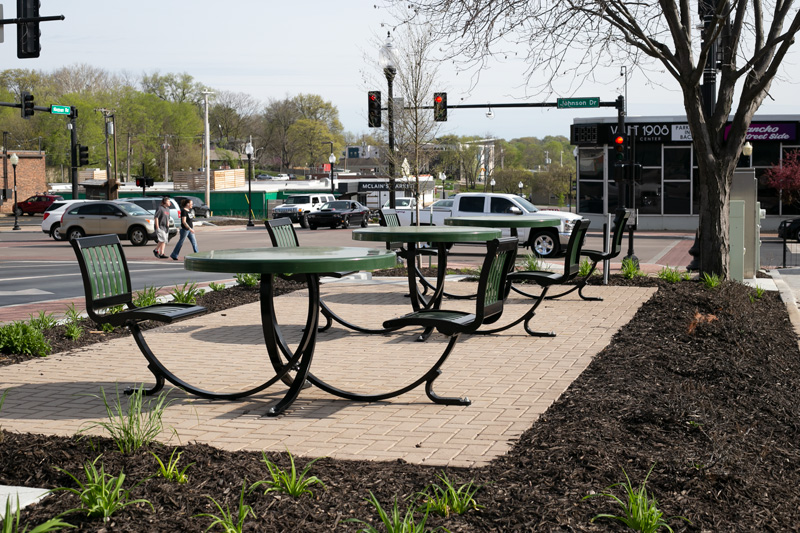 Shawnee is turning a four square block area of it downtown core into a public common consumption area, allowing the possession and consumption of alcohol within the area's limits. Above, an outdoor seating area next to Shawnee City Hall. Photo credit Leah Wankum.

Shawnee appears set to make the public consumption of alcohol permissible in an area covering four square blocks in the city’s downtown core.

The Shawnee City Council on Monday unanimously agreed to direct city staff to develop an ordinance to allow the possession and consumption of alcoholic liquor within certain boundaries for civic and special events, sidewalk cafes and outdoor patios.

The city council will consider formally adopting the ordinance April 26.

The city’s proposal for a common consumption area is a direct response to the COVID-19 pandemic, when businesses needed more space to allow for physical distancing among customers, including outdoor dining.

Some businesses have also expressed interest in hosting their own events or participating in civic events.

On Monday, councilmembers sounded generally supportive of the idea, though some made mention of being considerate toward the affairs of other, non-restaurant and bar businesses in the area, such as Amos Funeral Home.

“Once again, in my opinion, you’ve put a lot of thought into what this will do in terms of helping our downtown businesses thrive and make our downtown that we’ve invested so much money in just a little bit more popular and a lot more successful,” said Councilmember Matt Zimmerman to Grashoff. “It looks like you’ve stripped out some of the red tape, simplified it.” 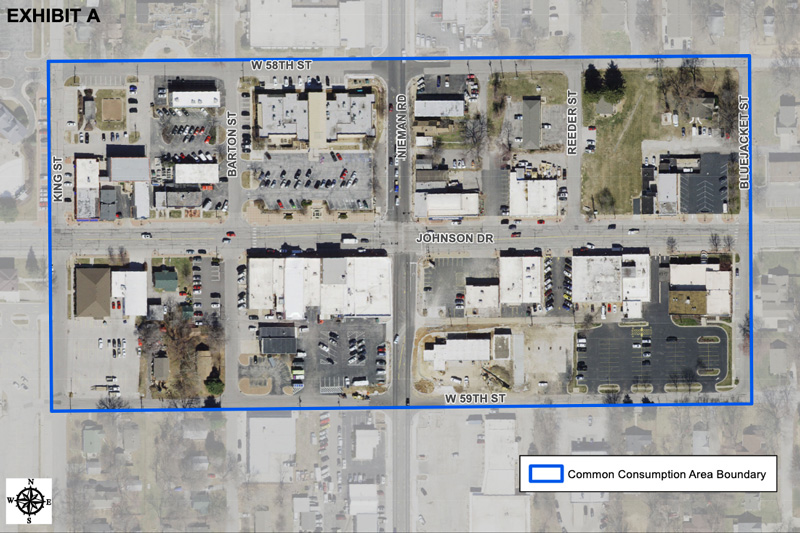 The only businesses that will be able to sell alcohol within the common consumption area are licensed caterers and drinking establishments authorized by the city. Alcoholic beverages taken out of businesses licensed to sell alcohol must be in labeled containers, and no glass containers will be permitted.

Proposed hours of the public common consumption area are 9 a.m. to 11 p.m.

In order to allow consumption of liquor in streets and alleyways, the city may require blocking off access for vehicular traffic during the designated hours of the common consumption area.

Mayor Michelle Distler had concerns with that, citing past complaints from residents whenever big events that draw crowds cause disruption to traffic flow.

Grashoff said the city will still review requests for businesses to have special events, and work to limit the number of street closures. Additionally, special event permits are limited to handful of times a year.

Below is a video recording of the meeting. Discussion of the public consumption area begins at 1:41:30.